The Bank of Nook has been featured in the Financial Times.

It’s no lie that Animal Crossing: New Horizons is an incredibly popular game and if you’re not aware, players are living a whole new life within it during the coronavirus pandemic. Players are running businesses, people are selling villagers on the internet, and of course, raking the money in by selling a bunch of creatures that will no doubt be making PETA bloody annoyed. Now, bizarrely, the in-game bank has made the front pages of the Financial Times.

As reported by NintendoLife, Tom Nook has made the front page of the Financial Times after the latest major update to Animal Crossing: New Horizons introduced a rate cut that left many players shocked. The Financial Times reports that players were, “informed last week about the move, in which the Bank of Nook slashed the interest on savings from 0.5 per cent to just 0.05 per cent.”

You can see the front page below thanks to NintendoLife. It’s tucked away right in the center, surrounded by real-world situations which makes the whole inclusion incredibly mad. I love it. 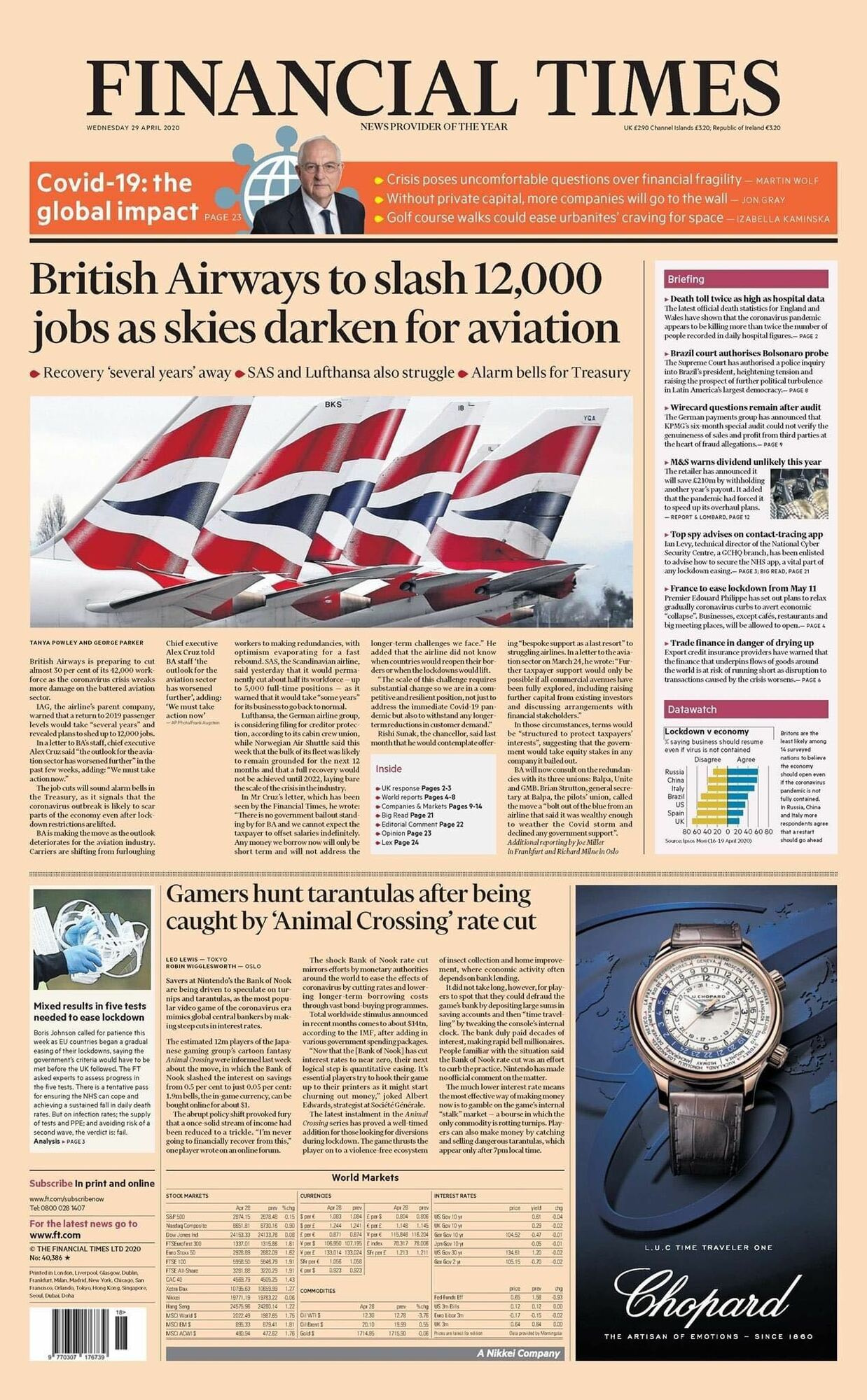 It quotes a player from an online forum that said, “I’m never going to financially recover from this,” and also states how the “rate cut mirrors efforts by monetary authorities around the world to ease the effects of coronavirus by cutting rates and lowering longer-term borrowing costs through vast bond-buying programmes.”

The article also mentions “The much lower interest rate means the most effective way of making money now is to gamble on the game’s internal “stalk” market,” and if you want to read the full article, it’s free to read here.

It’s certainly strange to see the Bank of Nook being treated as if it’s part of the real-world banking scene, but it’s also a good bit of fun to see! It’ll be interesting if Nintendo increases the interest rate in a future update once the world goes back to normal post-coronavirus-pandemic.

The Xbox Series X Boot Up Noise Will Sound Familiar

Re:ZERO -Starting Life in Another World: The Prophecy of the Throne Gets New Trailer, Release Date, Artwork, and More

Animal Crossing: New Horizons is Getting Spooky in Next Update

Nintendo is Reportedly Asking Developers to Make Their Games 4K-Ready