Creepy Castle Preview: Throwing it Back to the Game Boy Era Creepy Castle Preview: Throwing it Back to the Game Boy Era

The biggest surprise, and one of my favorite games of PAX West, was a small PC game called Creepy Castle. Upon first glance it doesn’t look like much. It has the pixel art graphics that have been prevalent in nearly every major indie game. It was a game successfully Kickstarted by various backers donating money. It is coming to PC since its the easiest platform to release games on currently. To set itself apart from the crowd, Creepy Castle is very much in the style of, and benefits from, the limited capabilities of the Game Boy system.

Of course the game accomplishes graphics that would have broken any Game Boy, or even NES which is another major influence. The lack of loading and large spaces you explore, the cuts to battle, even some animations, many parts of the game could not be done on either system. 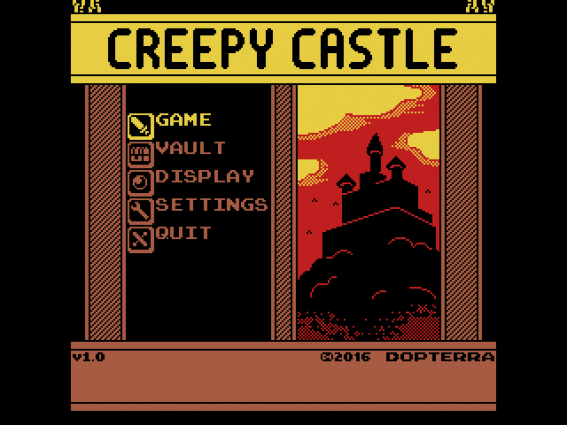 The way it emulates that classic handheld is by the main gameplay taking place in a small square section of your screen. Inventory occupies the bottom portion and statistics for your hero and the enemy on the top. Your movement is contained to static up, down, right, left. The player character’s avatar isn’t even transparent, as you can see the square image overlap whenever something bearing color is located in the background.

Everything looks very low-resolution. Only a few pixels make up our hero, Moth, the environment, and other creatures in the room. You don’t climb stairs so much as you teleport onto each step one after the other. The colors are very limited, and the image displayed scrolls seemingly by a stuttered transition in whichever direction you are heading. It is hard to describe but I really liked the entire direction developer Dopterra is taking it. 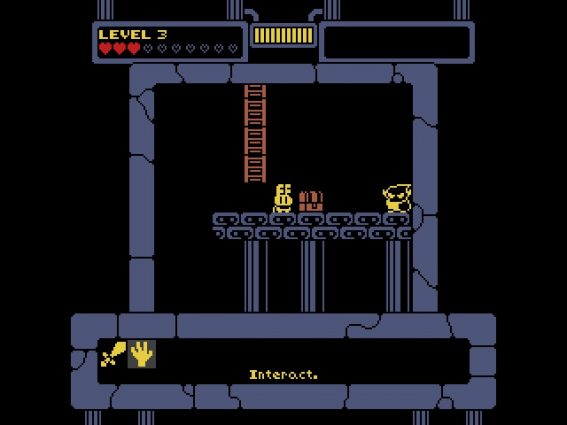 Traversing the interior of the titular creepy castle is simple enough. You trudge ever onward towards whatever end goal our hero has in mind. Along the way you climb stairs, ladders, and fall down into gaps very often. The latter is something the PR guide told me Dopterra really enjoys doing to players. So you move along without a map, gaining items that allow you to access new areas not unlike the Metroid or Castlevania style of games.

The real appeal to Creepy Castle is in the battle system. It incorporates small mini-games into combat. When engaged with an enemy, you are in a war of attrition. Attacks are shown in a flash of light that take off some health. Often though you will be brought into a small game of reacting. Sometimes you will have to rapidly press the left and right arrows, or match the on-screen icons, or be the first to strike once a prompt appears, or hold the directional pad in the directions that an exclamation mark appears. 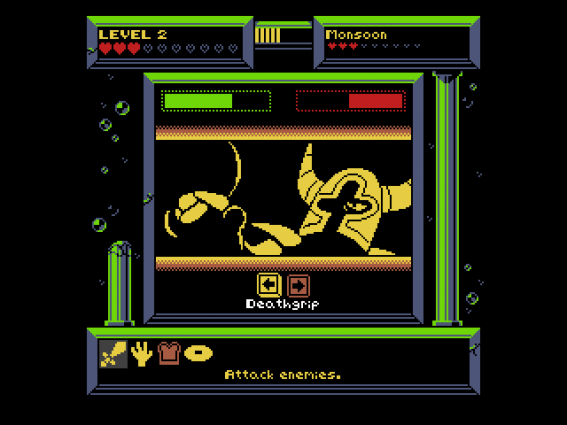 These mini-games keep you on your toes and are short enough to not wear out their welcome. It helpfully translates what could have been a boring back and forth into an engaging experience. During combat you can also access your inventory for healing items, or a special attack for more damage. 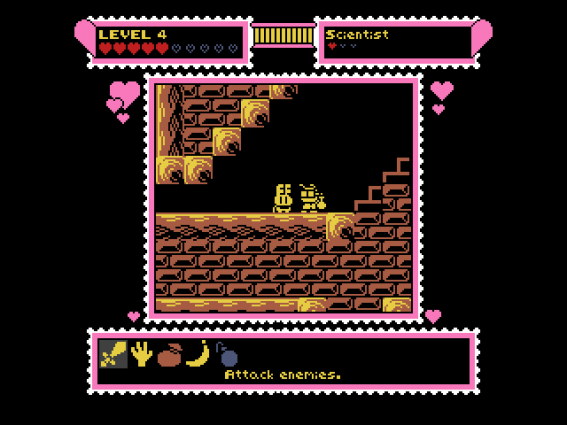 Creepy Castle is a game that knows what it needs to be. It only exists due to a successful Kickstarter in 2014 raising $8,485 of a $6,000 goal. That humble beginning only helps make it appealing.

I love the Game Boy and NES aesthetic, the humor found throughout, and the Wario Ware inspired battle mechanics that keeps your attention. I am very much looking forward to playing this through to completion when it releases this Halloween on Steam.