Koei Tecmo and DMM release a new update for Dead or Alive Xtreme: Venus Vacation that will let you trigger the tension gauge automatically.

The update is numbered 01.15.00 and it comes with a rather convenient quality of life feature. It involves a toggle for the automatic use of the tension gauge during matches. When activated, it will fire off automatically when the gauge reaches 100%.

Incidentally, the tension gauge will not be used when you click “skip all,” and while serving.

A second addition displays a notice during matches when you are using a friend’s character.

A new event titled “First Tower Festival” has also been implemented, and it’s rather interesting as it adds an element of stamina management.

In this event the stamina of your girls will carry over to the next match, with a certain amount recovering in-between. This means that changing girls often will have a beneficial effect, as recovery is much higher when a character is not playing. To mitigate stamina consumption, a special rule also allows you to use guest characters for three points instead of two.

The festival lets you win power and stamina unlock stones and trend gacha tickets. By having a high ranking you can win an SSR accessory named “Royal Frills” for Marie Rose, SSR tickets, and SSR vouchers, and Stamina unlock stones.

A special gacha has also been implemented, allowing you to try your luck for a frilly SSR costume for Marie Rose. 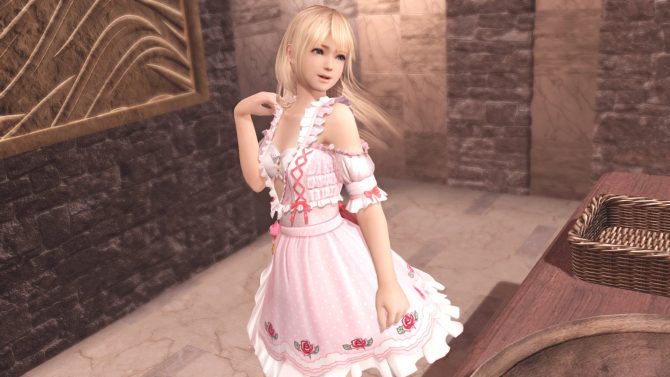