This year at E3, DualShockers got the chance to check out Dead Alliance, which attempts to stand out from other zombie games by giving you the ability to control them.

It is no secret that zombie games have been dominating the gaming scene for quite a while. In such a crowded space, a new multiplayer FPS that features zombies needs to have something that stands out in order to stay relevant. After getting the chance to play an early build of Dead Alliance at E3, the game seems to have found that hook with its zombie controlling mechanics.

The game was originally called Moving Hazard, but got its name changed when it was picked up by Maximum Games. The developers I talked to during E3 2017 also stated that the new name signified a change in the game’s overall feeling and a sharper UI. The final game will have a single-player horde mode, but during my time with the game, I focused on playing three multiplayer modes: Team Deathmatch, King of the Hill, and an interesting MOBA-inspired mode called Attrition.

At its core, Dead Alliance plays like a typical FPS with ironsights. The game felt good to play on a controller, and I did not experience any significant delay when attempting to aim or fire at enemies. What really spices things up in Dead Alliance are the zMods, which allow players to take advantage of or control the zombies around them in order to turn the tide of a match.

There were a couple kinds of zMods in the multiplayer demo I played: the one I used the most was called the P.A.M. This grenade-like weapon would turn zombies to my side and cause them to track down enemies, which was very useful in Team Deathmatch. The L.R.A.D. was an even more powerful version of that, albeit with a longer charge up time and very limited number of uses. The next zMod was the Templar, and could be used to repel zombies while also freeing them from the opposite team’s control. 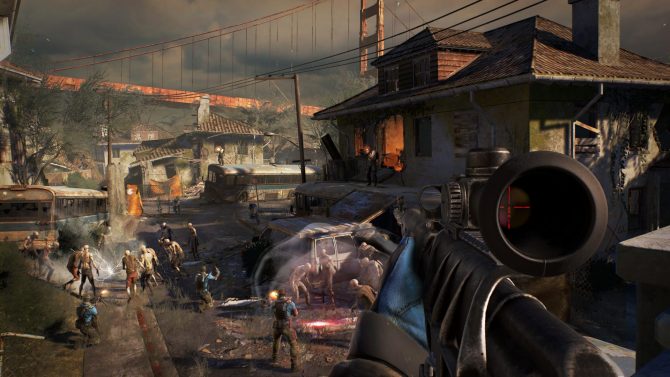 What really spices things up in Dead Alliance are the zMods, which allow players to take advantage of or control the zombies around them in order to turn the tide of a match.

The zMods are a very interesting way to spice up a zombie FPS, and they do alter things slightly in modes like Team Deathmatch, which functions the same for the most part when compared to other shooters. I first went into the mode with a “Medium” loadout; it was an overall well-balanced build that gave me the P.A.M and an average assault rifle.

Using the P.A.M. on zombies made finding enemies easier, and also prevented camping, as they force one to constantly move. It was nothing extremely too out of the ordinary for a shooter, but it was bolstered by the zombie mechanics, which will most likely make it the game’s most popular mode, even if it is not its most interesting. 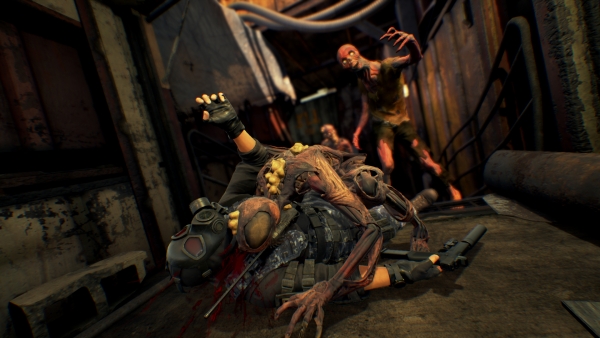 The zMods are a very interesting way to spice up a zombie FPS, and do alter things slightly in modes like Team Deathmatch.

One mode that was really revitalized by the presence of the zombie controlling mechanic was King of the Hill. In this mode, one team tries a hold a pre-determined spot on the map for as long as they can, though it will move every so often. While this is a standard mode in most shooters, having to fend off droves of enemy-controlled zombies in addition to actual players made this King of the Hill feel much more alive and involved.

I went into this mode first with a heavy loadout Templar a large gun with tons of ammo, making my character very useful for this mode, despite being a disadvantage for speed. I also tried out the light loadout: this soldier had a crossbow that could kill enemies in one hit and could move very fast, but the crossbow took a long time to aim and shoot. This was my least favorite loadout, but I could see some hardcore Dead Alliance players getting crazy kills with this. 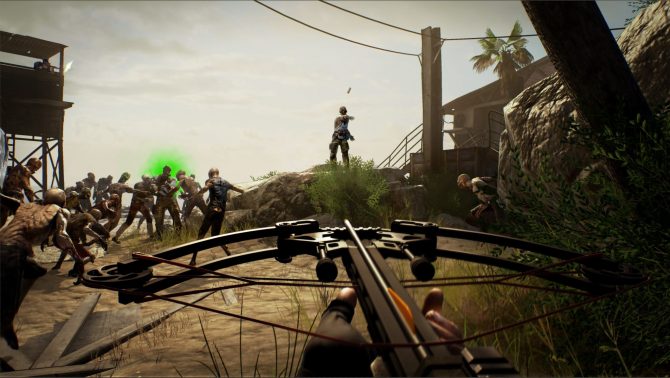 Having to fend off droves of enemy-controlled zombies in addition to actual players made this King of the Hill feel much more alive and involved.

The last mode I played was Attrition, an extremely interesting MOBA-style experience. The map it was played on is split into two lanes, and begins with each side having two “towers” to protect and a home base. Each team also had zombies immediately allocated on their side like minions, and must destroy the enemy’s tower and home base to win. It was really fun, and I had a blast trying out all the different loadouts again as I slowly advanced on the enemy base.

I am not the biggest fan of traditional MOBAs, but the elements from the genre included in Attrition certainly seemed to work well alongside the zombie controlling mechanic. Playing this mode was the highlight of my time with Dead Alliance, so I hope this mode gets the attention it deserves when the game launches. 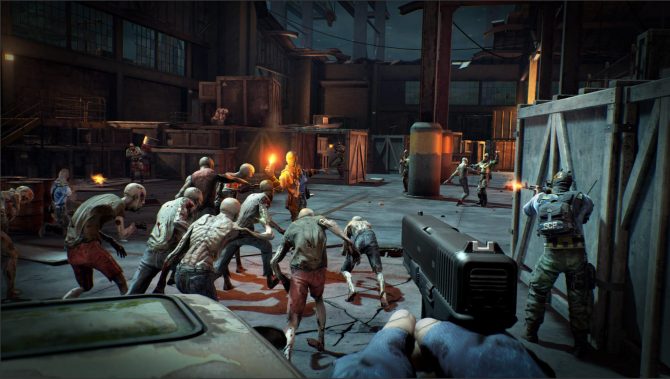 I am not the biggest fan of traditional MOBAs, but the elements from the genre included in Attrition certainly seemed to work well alongside the zombie controlling mechanic.

There were a couple of things I didn’t like about what I played of Dead Alliance on the presentation side. The graphics were dull with a heavy brown color palette, making what I played very uninteresting to look at; I hope the developers are able to splice some more color into other maps. The animations for zombies and players were also lackluster to the point where it sometimes got distracting.

If these problems were polished a bit more, I could see the fun and unique mechanics of Dead Alliance shining through to players. The zMods make the game’s combat stand out from its genre counterparts, and the King of the Hill and Attrition matches I played were very interesting. If you are a fan of zombie games for FPS titles, Dead Alliance is a title I would suggest trying out during its Open Beta — which is running from July 27th to 31st — to see if you like the game before its full release later this year. Dead Alliance launched on PC, PS4, and Xbox One today. The developers also released a Multiplayer Edition that just comes with the game's multiplayer modes.