Destiny: Rise of Iron Review – Playing to the Fans Destiny: Rise of Iron Review – Playing to the Fans

I want to start this review with a bit of a disclosure: my name is Lou Contaldi, and I’m a Destiny addict. I’m one of those hopeless junkies that haven’t left the game since the Loot Cave of 14′ and – frankly – all I want to do is come home and play Strike Playlist after Strike Playlist every night.

With that said, Rise of Iron (even at the lower price point) feels distinctively like an add on that was made for me – the Destiny diehards – as well as people looking to make the plunge for the first time or since vanillas Destiny. If you are a since-jaded Destiny fan, nothing that Rise of Iron has to offer will be the hook to draw you back in.

Rise of Iron, Destiny’s Year 3 expansion, has the unfortunate role of being placed between the much anticipated Destiny 2 and having to follow up Bungie’s showstopping The Taken King DLC. Bungie battled the obvious issue out of the gate, tempering expectations with a lower price point — $10 less than The Taken King and $30 less than a mainline game.

Those who have played Destiny before will be treated with a mix of classic environments in new situations. Following the outbreak of the SIVA technology, once locked away by the Lords of Iron, your Guardian is tasked with taking on genetically modified Taken – dubbed Splicers – in a warped version of the Cosmodrome. 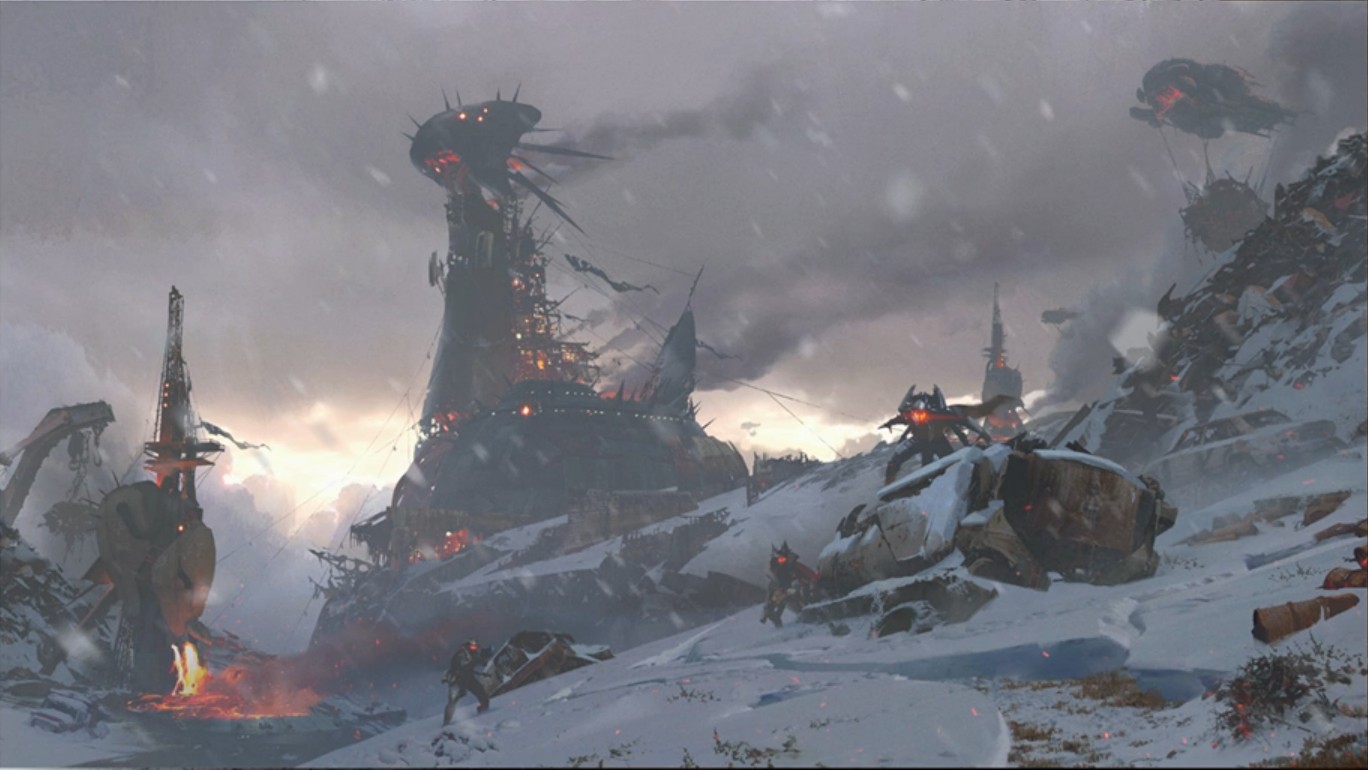 While the antagonist is brand new to the series, the story feels like one previously retread. The story beats feel similar to the invasion of Skolas in the smaller House of Wolves update; a locked up threat, released to cause havoc, infuriates a fan-favorite character, enlists the Fallen and unlocks a new Social environment. Though the cinematic portions don’t have the humor, drama or character of The Taken King‘s, it is easily the second-best expansion of the bunch.

Unlike previous smaller expansions, Rise of Iron offers a few new areas, updated strikes, and a new raid. All of these are hands-down welcome additions, especially to those who have poured years into the series already. Felwinter Peak makes for a visually pleasing social space with entertaining jumping puzzles, while the Plaguelands (the snow-covered, warped Earth location) seems like a far less engaging Drednaught. 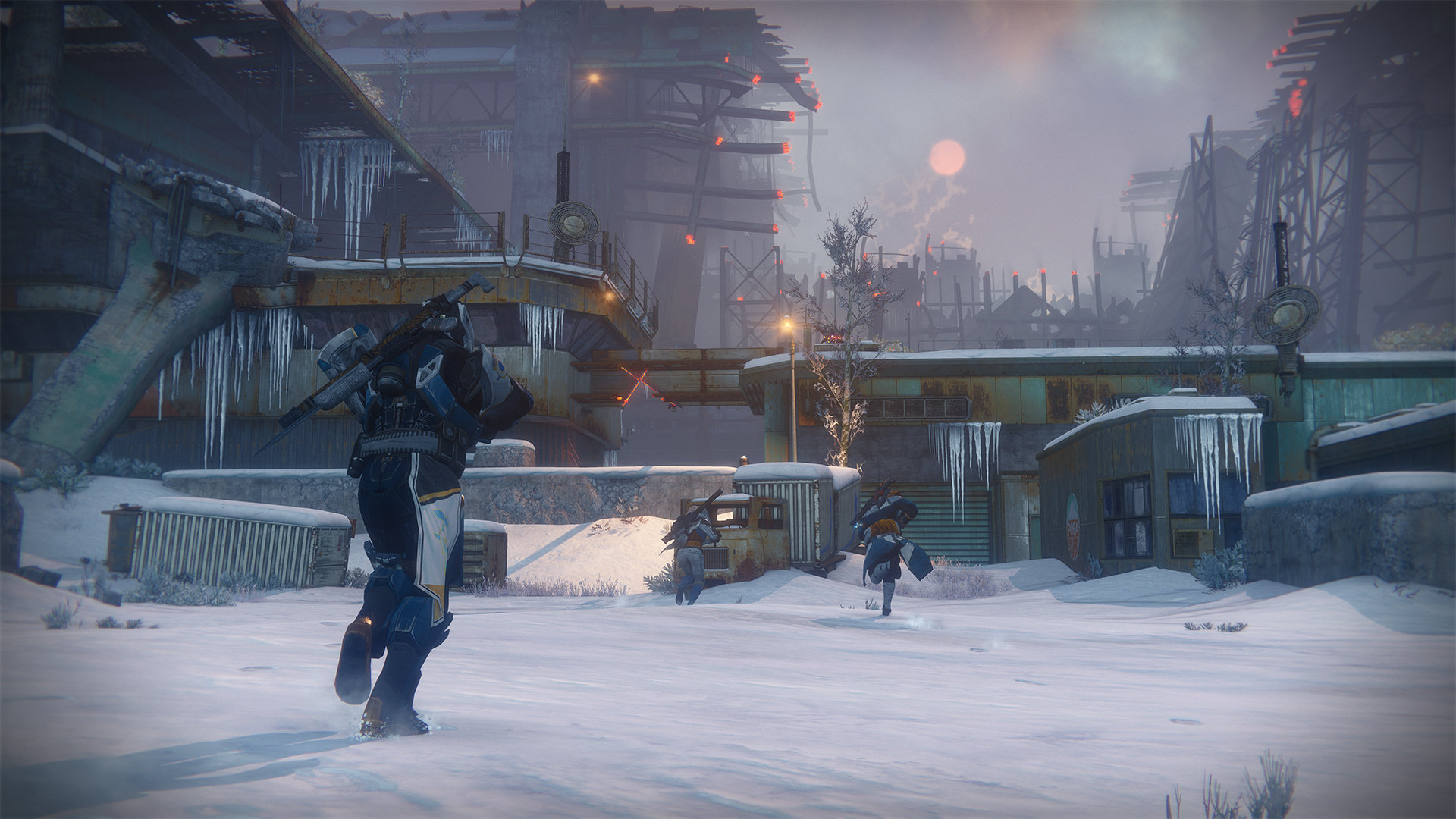 Unfortunately Rise of Iron‘s new communal event seems like a bit of a bust. House of Wolves was able to introduce the Prison of Elders – Destiny’s take on wave-based battles – while The Taken King brought the Court of Oryx – essentially a boss-rush option. Meanwhile, Rise of Iron‘s new mode (Archon’s Forge) feels like a sloppy, unrewarding mashup of the two focusing on the communal aspect of Court of Oryx and the wave-like gameplay of Prison of Elders.

Thanks to unfortunate game mechanics surrounding the items necessary to take part in Archon’s Forge, I haven’t been able to play it that often. Thanks to stackable runes, Court of Orxy would be available for hours on end – Archon’s Forge, minutes at most. 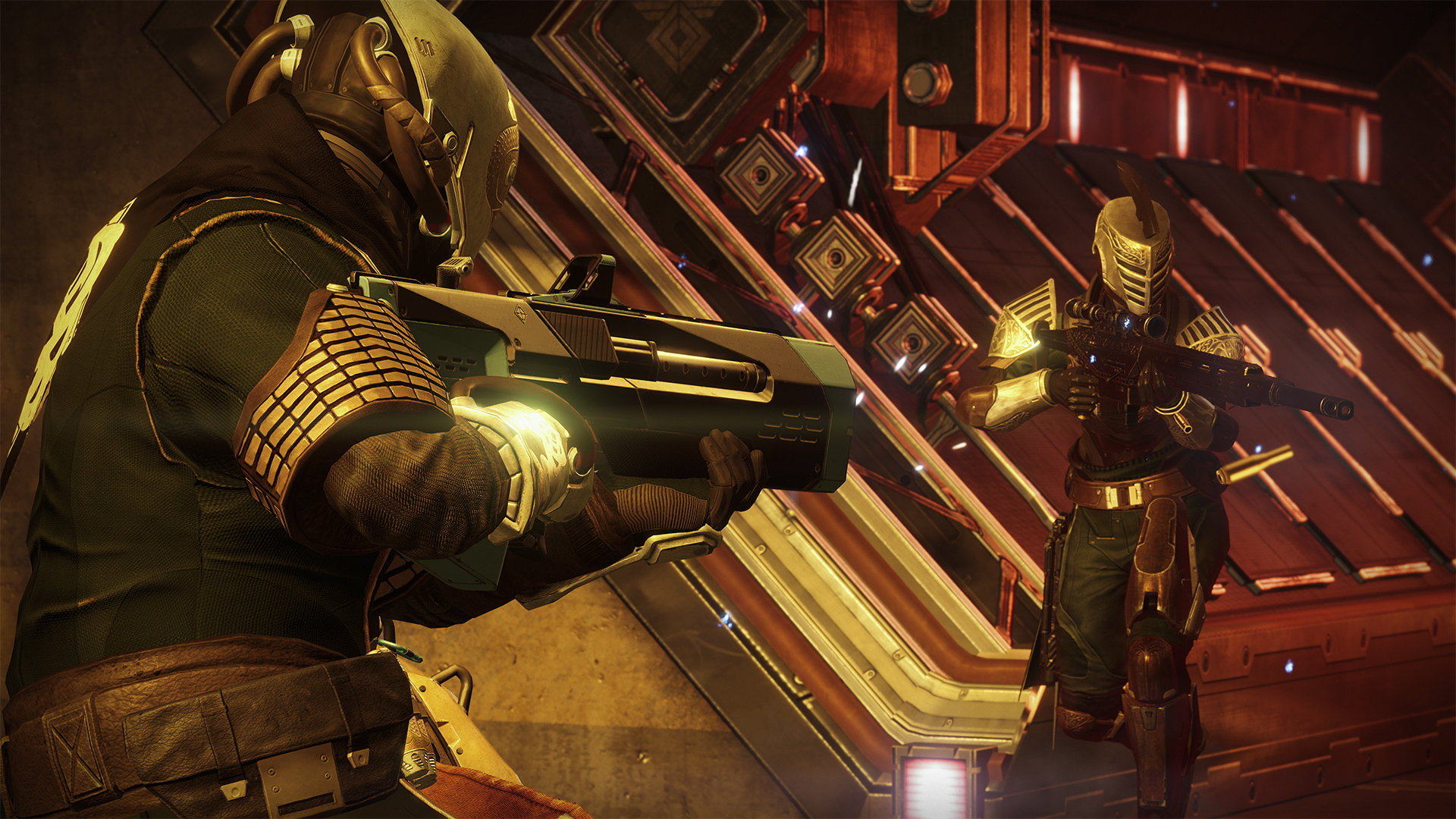 And while I can continue to holler about ways that The Taken King is better many times over, it is all set to the backdrop of how amazing of a game Destiny still is. To this day, I whole-heartedly believe that the FPSMMO megaseries has the most fluid FPS dynamics of any game to date. Destiny’s gameplay and controls still the gold standard that other games should hope to accomplish. Chasing higher light levels and grinding for incrementally superior loot, customizing your Guardian, and picking your favorite dances is as enjoyable as it has ever been.

Adding to that, the new Crucible PvP mode – Supremacy – is a fantastic addition to an already diverse lineup of options. Compared to other PvP modes, Supremacy tasks your team with collecting and denying crests – medallions that drop when players die on either side.

The new mode fosters a different playstyle, necessitating teams to band together. If you are disconnected from the group, you are picked off easily. Meanwhile, large groups can negate nearly all points by continually picking up their fallen friends’ crests. The mode doesn’t feel as innovative as Rift (Capture the Flag), but it has been some of the most fun I’ve had in Crucible since first playing Mayhem. 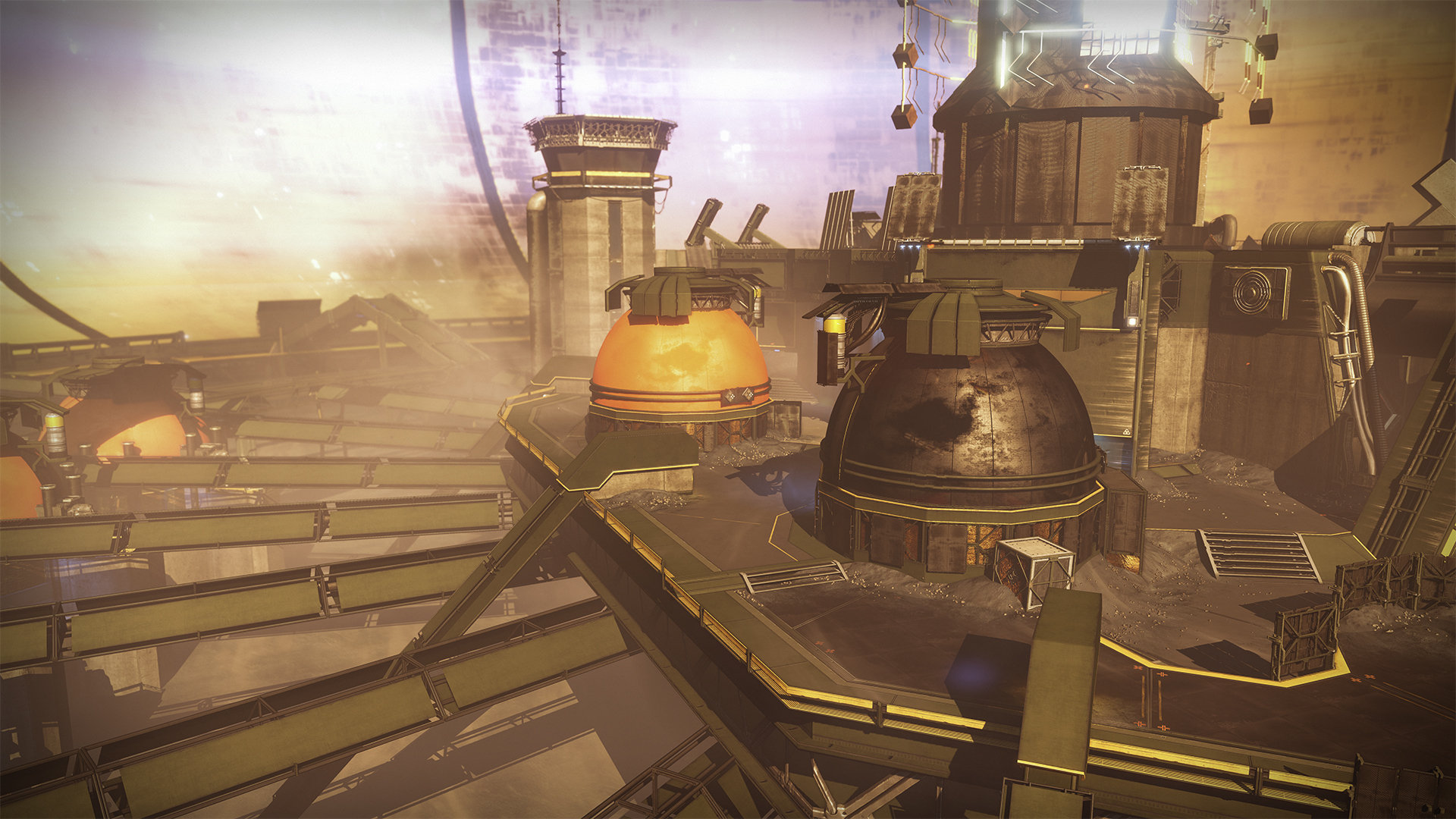 Besides all of this, there are small quality of life tweaks here and there. Changes range from ornaments decorating weapons to minor shakeups in missions to the constantly evolving weapon rebalancing. For what it’s worth, Bungie does a bang-up job with consistently making the game feel fresh. On one end, things absolutely need some re-balancing.

Stackable key items are a must, and skeleton keys – a brand new collectable that unlocks strike-specific treasure – is virtually nonexistent. On the other end, I have no doubt in my mind that quick fixes and updates are soon to come. 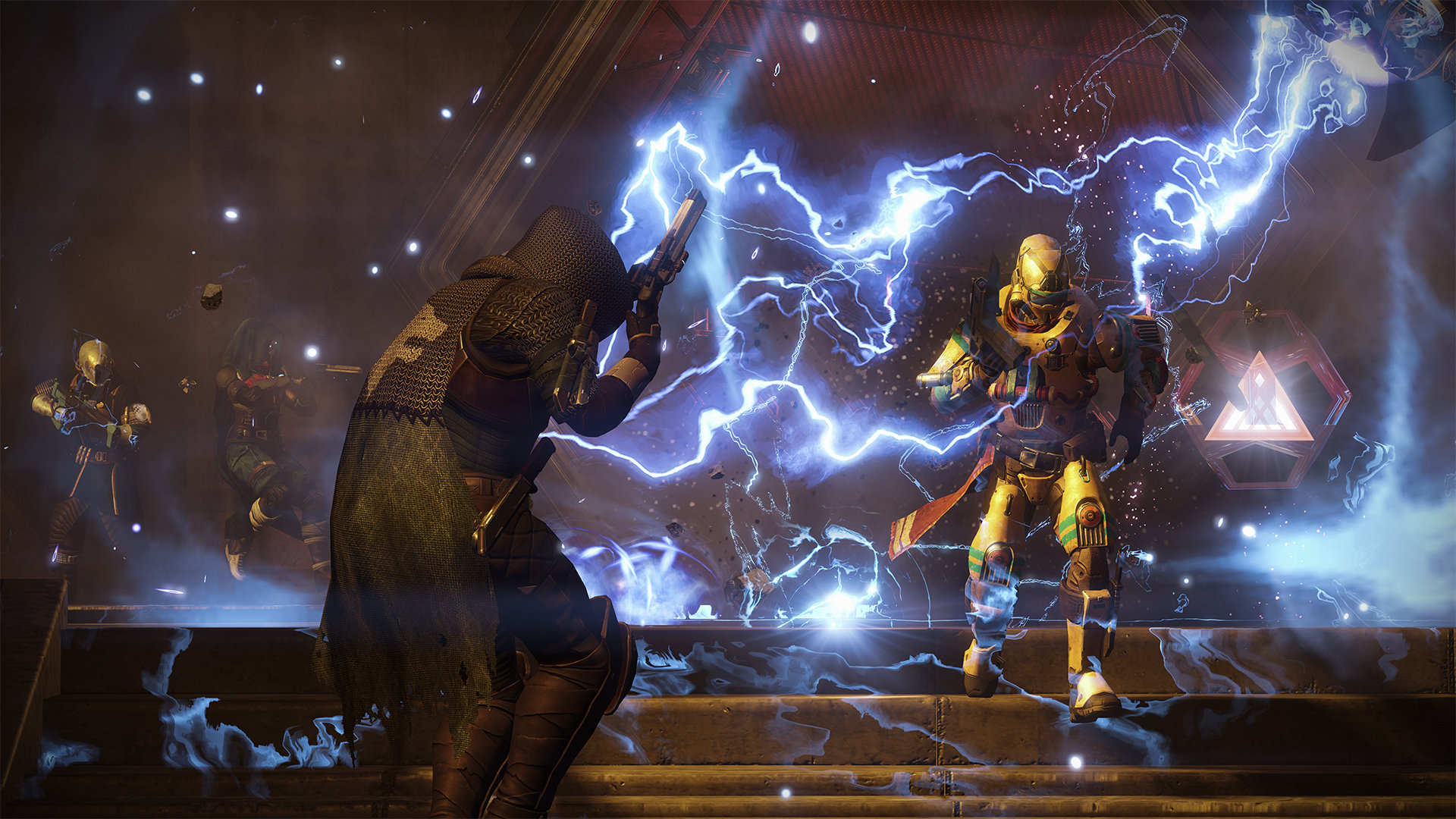 Other things are notable plusses — Bungie has implemented a Year 3 record book (a very introductory “Moment of Triump”-esque list of achievements) that will keep people engaged for a long time after the story missions have gotten stale. Also, the raid — which is very lightly touched on in this review because I haven’t finished it myself — is as much fun as King’s Fall (albeit a tad easier). That said, the raid will be enjoyed only by the more hardcore fans who manage to string together 5 other Guardians through LFG sites, Reddit, or Destiny‘s companion app. Last but not least, the soundtrack is on par with the phenominal work from previous iterations — there has been no dip in quality whatsoever.

At the end of the day, Destiny: Rise of Iron is more of the same. If you are new to the series, there has never been a better time to jump on board, especially at the $60 premium for the base game with all expansions. Fans of the series will fall prey to the Destiny itch that has kept them hooked for hours on end. However, those who have felt burned or quickly lost interest after The Taken King can easily wait for Destiny 2 – there isn’t much new to draw you in. Destiny: Rise of Iron – The Dawning Gets New Trailer Ahead of its Launch Tomorrow Preview the Festival of the Lost in New Trailer for Destiny: Rise of Iron

Preview Destiny: Rise of Iron in its Early Launch Trailer

Destiny Prepares for Rise of Iron With New Weapon-Balance Update