Digital Game Earnings Will Catch Up With Physical Games by 2019, According to GameStop Digital Game Earnings Will Catch Up With Physical Games by 2019, According to GameStop

GameStop’s CEO Paul Raines held a speech before GameStop’s investor’s meeting yesterday, and he brought up an interesting projection for the split between the digital and physical game markets.

According to Raines, operating earnings from digital games will catch up with physical games by 2019, while by the end of this year the split will be 30%/90%. 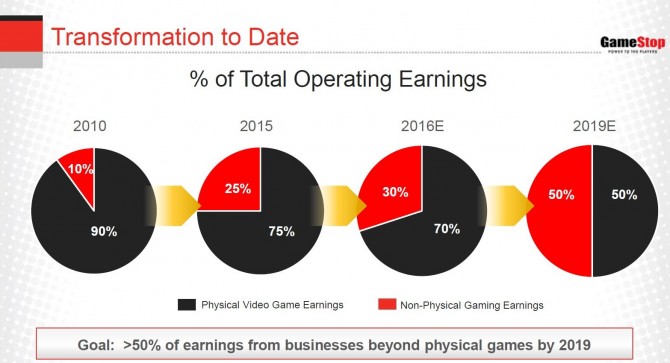 It’s worth mentioning that this doesn’t mean that digital games will sell as much as physical games in terms of unit sales, as earnings from digital sales also include DLC, subscriptions and microtransactions.