A bunch of Final Fantasy characters walk into a bar...

It’s been a little over six years since we saw the last entry in the Dissidia Final Fantasy series come overseas to the West. Dissidia Final Fantasy NT brings a slew of new changes to the formula from the PSP era of games, but it still retains most of the gameplay mechanics from the original two titles that fans of the series both know and love. 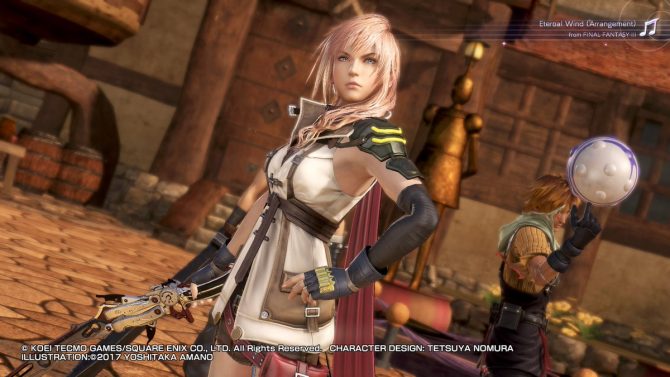 Dissidia Final Fantasy NT‘s closed beta gave me access to the first 14 mainline Final Fantasy heroes. The group of heroes are divided into four classes that are power-based, agility-based, ranged, and one unique class of characters. Team composition can actually play a role in the game. Power characters are the tanks of the team, agility is quick and deals fast damage, ranged fight from a distance, and the last class of characters all typically contain some sort of unique mechanic in battle. While some characters, like Bartz and Onion Knight, do have a steeper learning curve than others. But playing a good chunk of the characters was fun and easy enough to get the hang of. 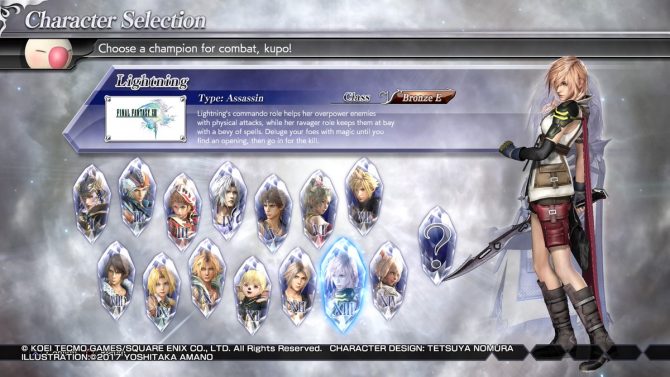 Dissidia Final Fantasy NT does a good job at mixing action role-playing with some easy-to-learn fighting mechanics. The goal of the game is to incapacitate three enemies before the other team. Like past Dissidia titles, players use one attack button to build up their “bravery.” Once your bravery gets high enough, players can unleash an HP attack and actually damage your opponents. Also, the game mixes in special skill sets where you can mix and match different skills from all across the series like healing, bio, buffs, and more.

One of my favorite things about Dissidia Final Fantasy NT is the summons. While you are in a stage actively in combat, a stone will appear; the players who attack this stone the most will get more energy added to their summoning bar.

Once that summoning bar is full, your team can summon one of the iconic monsters from the series. The more players who participate in a summon, the faster that monster will appear. To that end, the other team can interrupt a summon if they attack you while you’re trying to. This adds some bonus strategy to the game: if your teammates are all summoning at once,  blocking a summon will be harder for the other team to do. 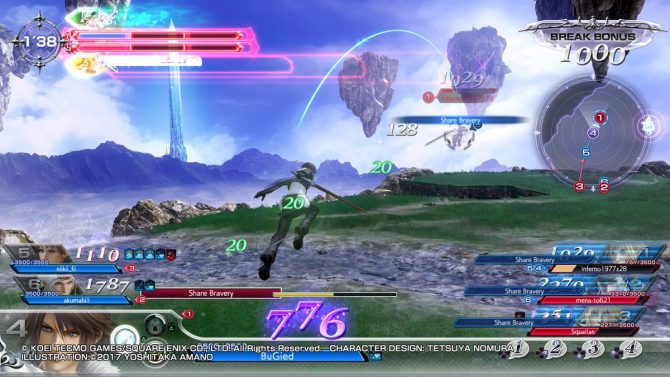 Once the final game releases next January I’m hoping to see some additional modes added to Dissidia Final Fantasy NT. While we know that there’ll be a story mode of sorts not much has been revealed yet. I’m also hoping to see a 1v1, 2v2, and even a capture the flag-style game mode which would add further depth, competition, and replayability.

When you get an evenly matched battle online the gameplay can feel very epic. Some battles were so close and those provide for the most fun experiences in Dissidia. While the other games in the series lacked any sort of online play I think ranked matches in NT will determine whether or not the game can keep players coming long term.

Like the other Dissidia games before it, Dissidia Final Fantasy NT needs to have compelling content that’ll give players a reason to come back. The original titles put a large emphasis on building your characters and really customizing them around your own playstyle 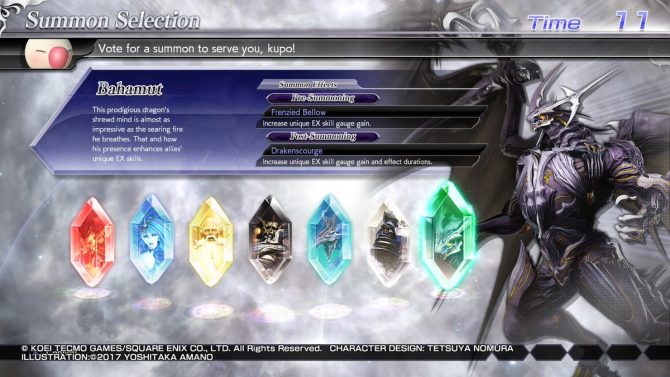 No beta is perfect, and that includes a slew of issues that are hopefully patched out for the release of Dissidia Final Fantasy NT, for instance freezing when I tried to leave matchmaking as well as a lot of visual and input lag in the actual game itself on PS4. With how cluttered the screen can get, lag really puts a damper on the entire experience, making it nearly impossible to play effectively. On top of that, it often took a while for me to find a game. I’m unsure if this is due to actual issues within the game’s matchmaking, or if it’s just based on the player count in the beta.

Dissidia Final Fantasy is my favorite game series on the PSP. So I’m excited but also nervous about Dissidia Final Fantasy NT coming to the PS4. I hope that Square Enix will make the right changes based on all of the feedback they’ll be receiving from this closed beta. Gameplay-wise I think it hits the mark but I think a lot of things we haven’t seen yet will determine whether or not this game will be as well received as the original titles.