This limited version of the game will come with the game and seven collectible cards featuring each of the noble classes from the title all housed in a “gorgeous” metal case. You can check out a shot of the contents below.

Dragon’s Crown Pro will differ from the initial release in a few ways. The game will flaunt its stylish art in 4K resolution (for those with a PlayStation 4 Pro) and a re-recorded soundtrack by composer Hitoshi Sakimoto. Those who still have a save file from the original versions of the game can also pick up and play right where they left off thanks to the cross-play and cross-save compatibility with PlayStation 3 and PlayStation Vita.

Back in September, Dragon’s Crown Pro was leaked with a banner image appearing early on Japanese website Nico Nico. The remaster was formally revealed at Tokyo Game Show 2017 announcing the game would release in Japan on January 25, 2018. Earlier this month, it was then confirmed the game would be coming to the West in Spring 2018.

For the uninitiated, the original Dragon’s Crown — which released back in 2013 for PlayStation 3 and PlayStation Vita — is a 2D action role-playing game developed by Vanillaware and published by Atlus. You can check out our review of the original title to see what we thought.

Dragon’s Crown Pro will be available physically and digitally for PlayStation 4 in Spring 2018 for $49.99. 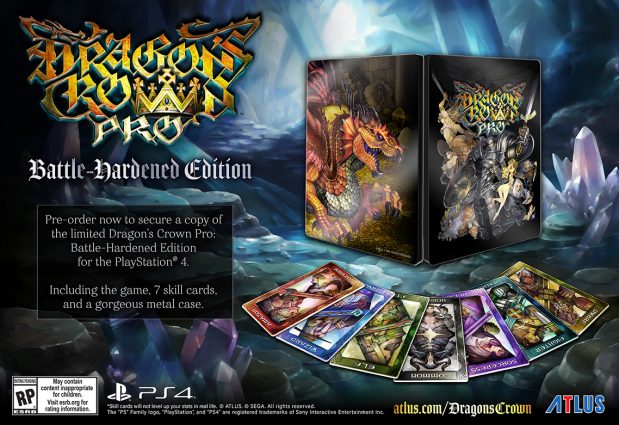