Sony, Microsoft and Nintendo have been alternating demonstration of respect and fair play with mild jabs for years, since the times of the legendary Crash Bandicoot vs Mario commercial, yet things have never been as heated as with this new generation, at least between Sony and Microsoft, with the jabs starting to be rather harsh and frequent.

Today we saw the latest example with the newest trailer of the upcoming PS4 exclusive racing game Driveclub. The trailer is awesome, even if a bit on the boastful and overhyping side, but that’s rather normal with accolade trailers, even if it’s funny to see the recend trend of making accolade trailers from pre-reliease preview quotes instead of post-release review quotes.

Things take a rather unclassy turn when a quote from an article defining the game “PS4’s Forza Killer” is displayed, alongside a collision between a green car and a blue car, with the former sent flying in a spectacular crash.

That’s starting to take things a bit too far. 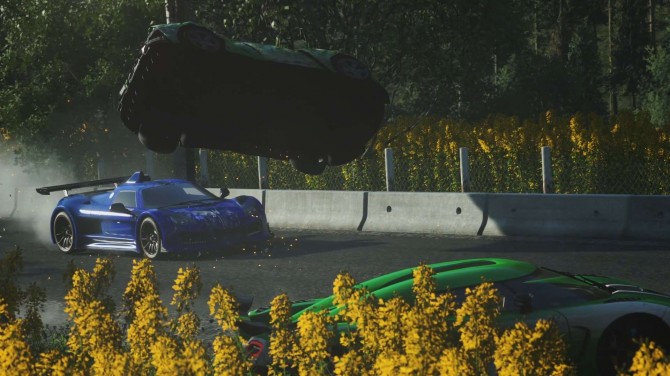 The console war has definitely rubbed off on the game press, which for one reason or another (which may or may not be related to a downturn in the industry and the relatively recent spreading of ad blockers) is resorting more and more on clickbaiting, trying to take advantage of the belligerent attitude of the fanbase to beef up daily traffic, putting in direct comparison games on competing platforms as much as possible and resulting in absolute nonsense like “X’s Y’ Killer.”

Unfortunately that kind of stunt is also rubbing off on the game’s publishers themselves. What juicier occasion to throw a jab at the competition than doing so by declining responsibility since you’re just quoting the words of the “unbiased” press? That must have been an aggressive marketer’s wet dream. The fact that the quote has been used is unfortunately unsurprising, but still depressing.

Fact is that the headline isn’t just meaningless flamebait, but also factually false. Driveclub seems to be an awesome game, and I had a ton of fun playing it in several occasions, but it’s no “Forza killer.” Whether it’ll be better or worse than the competition is arguable, and will probably depend a lot on personal taste, but games simply don’t “kill” one another, even more so when released on completely different platform.

Even assuming that Drivclub could be massively superior to the competition (just for the sake of discussion, I’m not actually assuming that, as both franchises have their pros and their cons), its release won’t cause people to suddenly stop enjoying or purchasing Forza games. Both franchises will continue to sell and thrive just as much as Forza and Gran Turismo kept selling and thriving and being enjoyed by their (often common) fans in the past. No killing will be done and no innocent game will be harmed in the process. 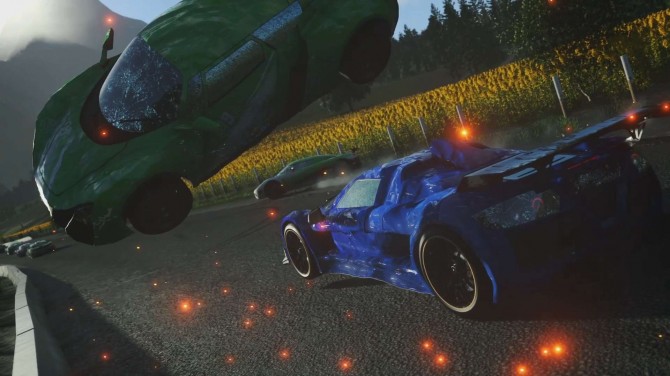 On top of that, the scene in the trailer features something that would make any serious racing fan cringe. Ramming someone from behind like that is an absolutely contemptible breach of racing etiquette and racecraft, and even if we aren’t talking about a real life crash, it’s a great way to get yourself kicked from a lobby when playing online.

Displaying it on a trailer for the sake of throwing a jab at a competitor makes things even worse and definitely doesn’t make the trailer look better. As a matter of fact, the bright green and blue cars used to represent the Xbox One and the PS4 look remarkably worse and more toy-like than the rest of the rides shown in the trailer, sporting much nicer liveries and less jarring colors.

Ultimately, this kind of stunt, most probably coming straight from the desk of some overeager marketer that has never written a line of code in his life and thought he had a brilliant idea, demeans the years of work gone in developing both games involved, re-purposing innovation, technological prowess and effort beyond the call of duty into cheap marketing ammunition.

As a racing fan, and as a gamer that appreciates both Driveclub and Forza, this trailer didn’t entice me to purchase the game. It just left a sour taste in my mouth, like regurgitated vomit which I’d expect from some rabid fanboy on a forum, and not from a publisher offering quality products.

Driveclub seems to be an awesome game. It deserves to be publicized on its own very visible merits, and not on whether it’ll “kill” another game or franchise or not . Microsoft announced Deals with Gold for the week of November 7 through November 13, offering discounts on several titles, including Deadpool and Quantum Break. Xbox One to PC Streaming: Check Out What Xbox Games Looks Like on Windows 10

Forza Horizon 2’s Duracell Car Pack is all About Performance