Dual Universe is ambitious in that the entire game will be determined by the consensus of players. You see, in Dual Universe anyone, and by that I do truly mean anyone, can edit the landscape. From terraforming to creating space ships to adding indents to anthers creation, anything can be modified by anyone.

You won’t be finding a ship to make your own in this game. Instead you will be creating one. Using the resources you gather you will create everything from cities to spaceships to gigantic orbital bases. Some of this you will not be able to do alone, at least not in one lifetime. Instead you will rely on others to coordinate and create portions of larger projects. Or you could not. Participating is totally up to you. 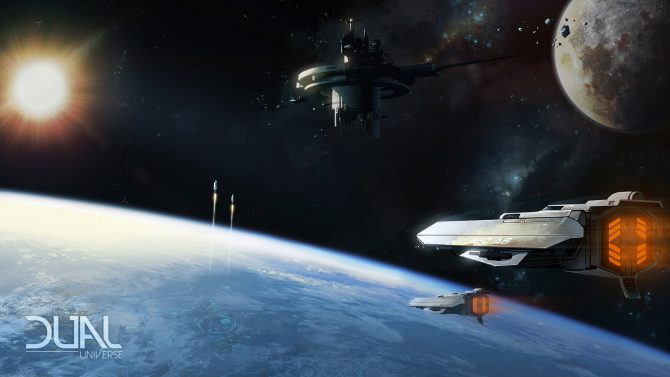 This does mean griefing will occur, although there will be designated safe zones in certain areas. Players will be able to police themselves of course, but that is totally dependent on groups. This could be great, but also awful for players. Rust is another game pretty much totally dependent on player’s grouping and creating on their own. This yielded both great stories of people banding together to make something greater than their sum, and also awful raiders who sought nothing but enslaving others. I can’t tell you what Dual Universe will create, which is part of the appeal.

Currently a Kickstarter is being run to help fund Dual Universe, and the build shown off at PAX West already has a large portion of the basics. Everything can be manipulated, whether it be adding to surfaces or breaking down surfaces for resources. Surfaces here is really any surface, whether it be the ground, rock faces, or exteriors of ships and other structures. There are some pre-created assets you can load in and place with the correct amount of resources. Most will begin with awfully weird ships that have engines hanging off at strange, obtuse angles. 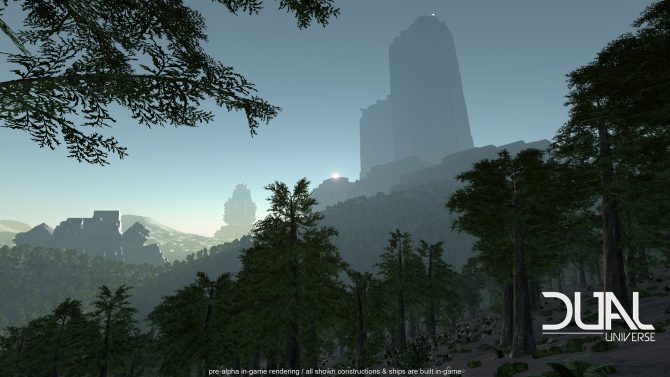 Players won’t be restricted to just one planet, as you can visit any planet you see, from the surface of another or while in space. In the build I was shown, developer mode was essentially active where they could travel much faster than possible while in-game to another planet to show off the detail and variety in the environment. Comparisons to No Man’s Sky are hard to avoid when describing this game, since it encompasses some of the same ideas. A large expanse of space to explore, a single-shard server that hosts all active players so they can interact, gathering resources and building structures on a variety of planets that you can travel between freely.

Despite the comparisons, Dual Universe is trying something much different with its ambitious attempt at offering the power to make the game itself interesting to the player base. What they will do with that power, probably nobody will know until its finally out.