DualShockers’ Game of the Year Awards: The Case for Darkest Dungeon DualShockers’ Game of the Year Awards: The Case for Darkest Dungeon

DualShockers is taking a look at the games that made 2016 an amazing year in gaming, starting with a closer look at Tomas' pick, Darkest Dungeon.

2016 has come to a close and while the new year ahead has plenty of games for us to look forward to, the beginning of the year is also the perfect time to reflect on the games that made the previous year so exceptional, with 2016 being no exceptional.

Earlier this year, DualShockers revealed our 2016 Game of the Year Awards from both our readers and staff, including the overall GOTY (which was Final Fantasy XV this year for both readers and staff), Biggest Shocker!, and many more.

However, now that the awards have been given out and games have been chosen, this week we’re diving into the staff’s selections for their top Game of the Year pick and favorite game of 2016, with staff writer Tomas Franzese making the case for the twisted dungeon crawler, Darkest Dungeon. 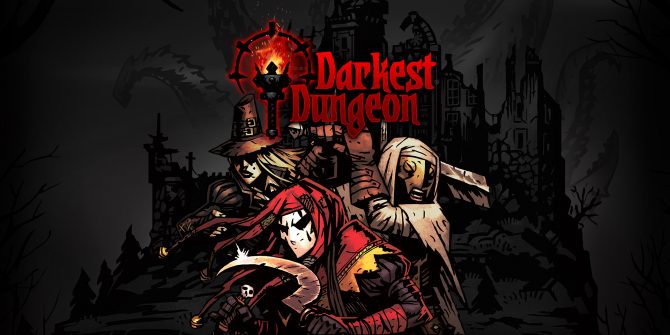 I never got sucked into the insanely difficult game craze that came after Demon’s Souls and Dark Souls. While I understood why people liked those games so much, I just never found those games quite that fun, as they required the player to master the game’s frustrating kinks and flaws in order to be even remotely successful. That is why I was surprised by how enveloped I was by Darkest Dungeon – one of the hardest games I have ever played, but also one of the most rewarding.

In my review, I gave Darkest Dungeon a 10.0, a legendary score that I still wholeheartedly believe the game deserves. Everything I said in that review still stands – Darkest Dungeon takes you on a roller-coaster of emotions as you learn the ins-and-outs of the game’s complex, but easy to understand, mechanics. It is a game that I can barely find any flaws in, sans a few very minute control problems on PS4 – which isn’t even a problem on the PC version of the game. 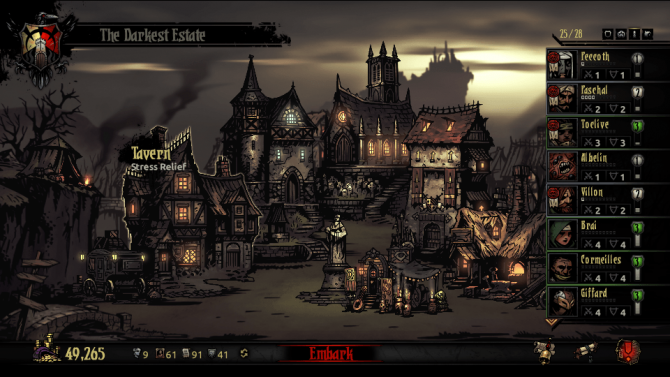 While I have not played Darkest Dungeon nearly as much as I would have liked to in recent months, as I was busy playing other games for review alongside new games that I was looking forward to, it has still been a game that I return to every so often so I can foray back into the dungeon, hoping my party members don’t go mad.

I can see the game’s difficulty being off-putting to some, as I encountered the same issue with the Souls series. However, I truly believe that Darkest Dungeon is a game most hardcore gamers will enjoy if they sit back, think, soak in the game’s mechanics, and strategize what to do next. Darkest Dungeon has such extremely deep and detailed mechanics, such as the Sanity system, that an RPG fan like myself could spend hours in it learning all of the nooks and crannies of the game in order to be successful, and even then still be devastated when I fail due to an unexpected trap or deadly encounter. 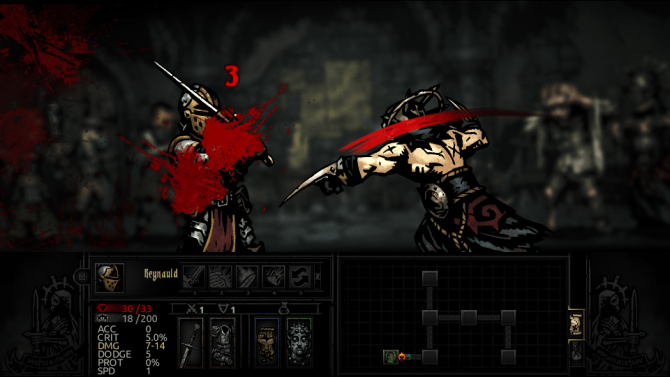 Despite all of these unexpected twists and turns though, it still seems fair: if you make a mistake, you are punished for it with no exceptions. But the game lays information out for the player so well that any mistakes made are the player’s fault, not because of poor game design or programming. The odds are stacked against you in Darkest Dungeon, but they are never feel frustratingly unfair for the player, which is probably why I like this game better than the Souls series.

This is all topped off with a very disgusting, albeit still very intriguing, art style that keeps your eyes glued to the game and gives the world and characters a ton of personality. Each character also has specific traits, whether they be good or bad, that can make or break an expedition. These traits also add depth to these characters and how players respond to them, which makes it all the more heartbreaking when you notice that no one will ever come out of Darkest Dungeon completely unscathed. 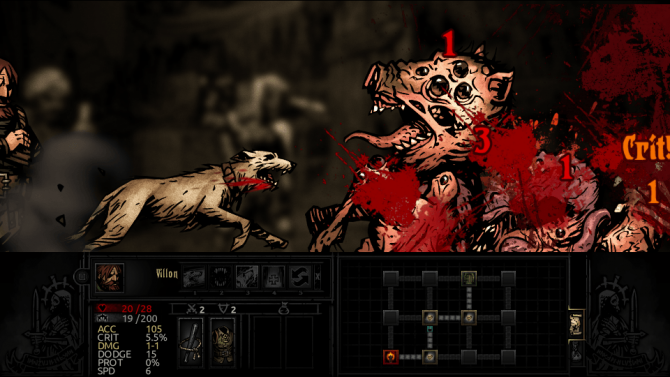 2016 was a great year for RPGs, with titles such as Final Fantasy XV, Pokemon Sun and Moon, I Am Setsuna, and Dark Souls 3 that all brought something different to the table. But throughout all of those games — no matter how good they may have been — no game got me to experience as wide of a variety of emotions as Darkest Dungeon did. There is no feeling more relieving in gaming than when you successfully complete a foray into a dungeon without any of your party members either dying or going mad, or when you are able to salvage the expedition despite those events occurring.

If you are even remotely interested in Darkest Dungeon, I would recommend picking it up if you haven’t already. Its unique Sanity system, combined with its excruciating but fair difficulty create a unique experience in a year full of RPGs that is unlike any you may have ever played before.

Darkest Dungeon is not my Game of the Year because it was the hardest game I played, it is my Game of the Year because of its innovative and interesting mechanics, its chilling art style, and the emotional reaction it got out of me. I am looking forward to the upcoming Crimson Court DLC — even though it is still shrouded in mystery — and can not wait to see what Red Hook Studios does with this IP next. Darkest Dungeon 2 is coming to early access sometime in 2021. When it launches, players can pick it up on the Epic Game Store. Darkest Dungeon II Information Will Arrive “When the Stars are Right”

Darkest Dungeon’s New DLC The Color of Madness is Coming to PC, Mac, and Linux in June