Dungeon Gate, an upcoming PC fantasy RPG, allows its players to change shape in to enemies in the game and NPC creatures that will allow for winning strategies in battle or different approaches to solving problems in the game.

By disguising your character as an enemy, players will be able to walk in to the middle of hordes of enemies without being detected. You can also use your shape-shifting ability to work your way into enemy territory and unleash a sneak attack on the unsuspecting enemies.

Dungeon Gate takes place in the world of Barrilian that is being devastated by hordes of dragons. A small village was burned to the ground leaving only two survivors, both of which only infants. One was found by the dragons and the other by a mysterious mage. Many years later, a tyrant has taken over the people of the land and forced them into slavery using his influence over the dragons in order to obtain greater magical strength. 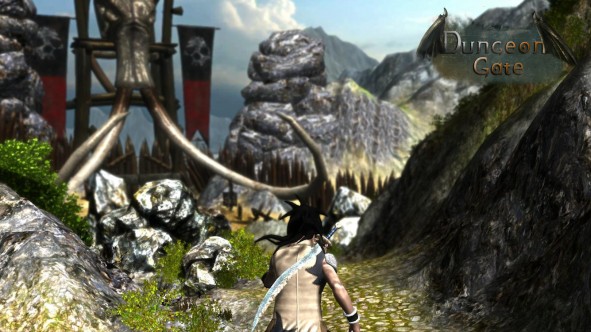 Players will control Dysan, a young hero with the ability to drain DNA from all the people and creatures he meets along the way. It is up to Dysan and his special abilities to fight through battles, solve puzzles, and work your way to saving Barrilian.

The game uses a skill system that will give the ability to develop and train skills from other NPCs that have been shape-shifted into. This allows for a large amount of skills and abilities to be unlocked by players to customize their character.

Those looking for a fantasy RPG with a twist will want to check this out when this drops on September 14th for both digital and physical releases. After all who doesn’t want to turn into their enemies and use their abilities against them? Lost Words: Beyond the Page Gets an Enchanting New Trailer

Check out the new trailer for Lost Words: Beyond the Page where a young girl’s journal comes to life to help her deal with the hardships of growing up. NIS Unleashes Clan of Champions on the PS3 This Month