Epic Games Store shares some interesting statistics of its financial performance in 2020.

Since its launch back in 2018, Epic Games Store has been growing in the number of users dramatically thanks to its exclusive deals with big triple-A publishers, first-party games like Fortnite and Rocket League, and the free weekly giveaways. In a recent infographic shared by Epic Games, the store has reached over 160 million users until the end of last year.

Aside from the number of users, the official statistics of Epic Games Store in 2020 reveals some interesting facts and outstanding numbers about the store. According to the data, Epic Games has offered 103 free games in 2020, which have been claimed over 749 million times by different users. A great number for the company that reveals the importance of free giveaways in expanding the audience of the launcher over a year. 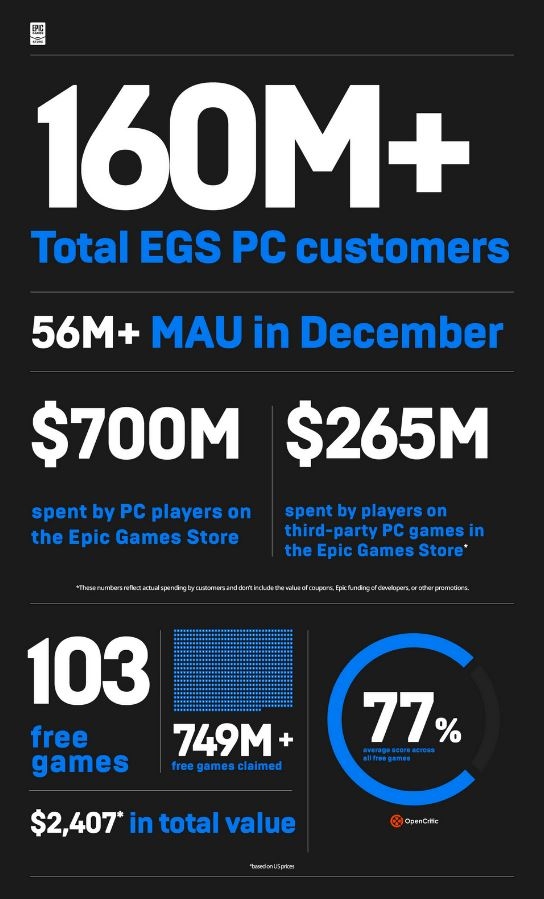 When it comes to purchases, over $700 million has been spent on Epic Games Store by users with $256 million of them related to third-party games on the launcher. Assassin’s Creed Valhalla, Satisfactory, Fortnite, SnowRunner, Godfall, Borderlands 3, Rocket League, Tony Hawk’s Pro Skater 1+2, GTA 5, and Rogue Company were the most popular games of 2020 in Epic Games Store. 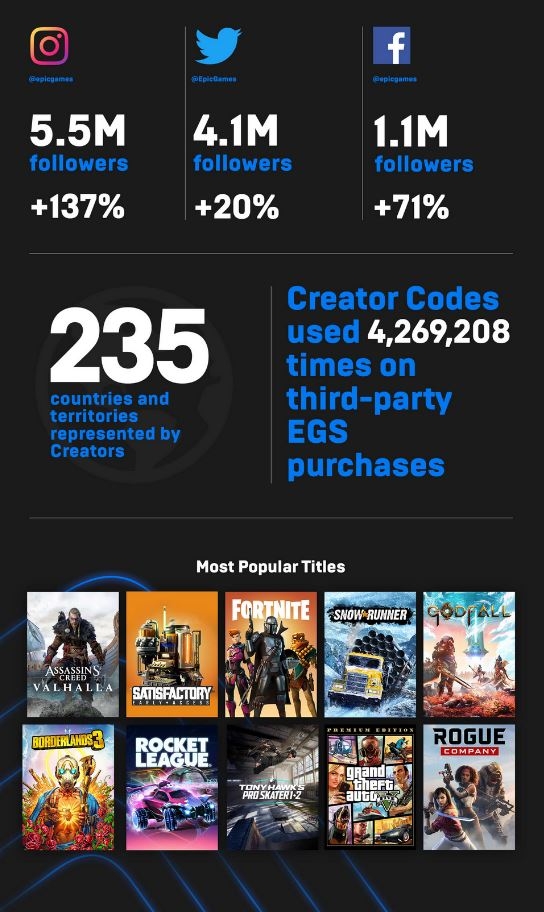 Looking forward to 2021, Epic Games has some important plans that will be finished by the end of this year. First of all, the company is trying to improve the store’s wishlist system and add an Achievement system by the end of 2021. Also, some updates for player profiles and social features of the launcher are down the line. Apparently, Epic Games has a mysterious feature in the pipeline as well, which has been only described by three emojis at the end of the report. IO Interactive promises that there will be a way to get Hitman 2 locations on Hitman 3 for free in the near future. Epic Games “Wholeheartedly” Supports Key Sales, But Not For Exclusives