Ever Want To See How CJ Would Look in GTA V? Here’s Your Chance Ever Want To See How CJ Would Look in GTA V? Here’s Your Chance

With GTA V coming to PC, many users are already drawing up concepts for mods and other cool stuff. One of these people is Redditor ALMiCo, who took the time to draw a concept art of Carl Johnson from San Andreas, as he would appear in the latest title.

This version of CJ is a lot older than when we last saw him roaming the streets of Los Santos, however even the artist questions whether or not a young CJ would be a better fit.

My first question is would you guys prefer a younger CJ or an older version to fit with the GTA timeline? I think we should go for an older CJ as long as you can tell it’s him as soon as you look at him. The clothing below fits well in to the gang culture. I think a vest and blue jeans would be way too obvious. I will capture his likeness in his face, not through his clothing. I also think his build should be medium. Some people don’t like to play as a tank, and others prefer to not play as bones.

While this is pretty awesome, there will definitely be different takes on the character when GTA V drops on PC later this year. Hopefully we’ll see different versions that show off a younger CJ, without making him look too much like The Based God LIL B 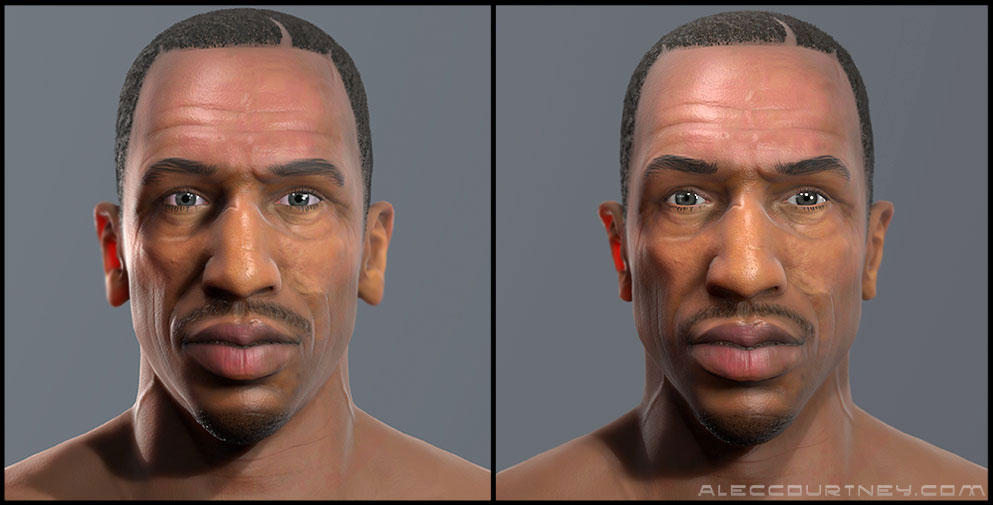 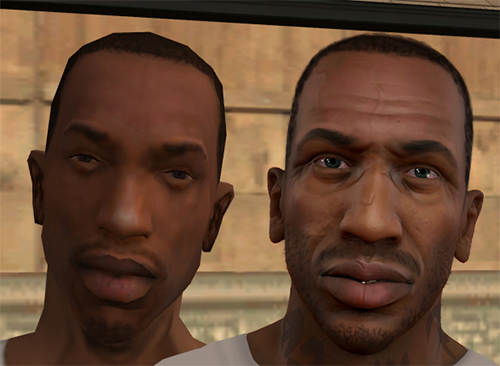