Possible house moves, a veteran outfit, and more is coming with the Wastelanders update.

Fallout 76 is getting the long-awaited Wasterlanders update tomorrow, and to prepare players for its arrival, an informational blog post was released, and it seems as if some players may need to prepare.

With the latest blog post, it’s revealed that the new content coming in the Wastelanders update will affect some of the currently available C.A.M.P locations. What does this mean? Well, players will need to pack up their rubbish and move house.

A map has been provided for players to see where these new no-C.A.M.P areas are located. If their home falls into this area they can either move it prior to the update or wait for the update in which they’ll be offered a free C.A.M.P move when they log into Wastelanders. 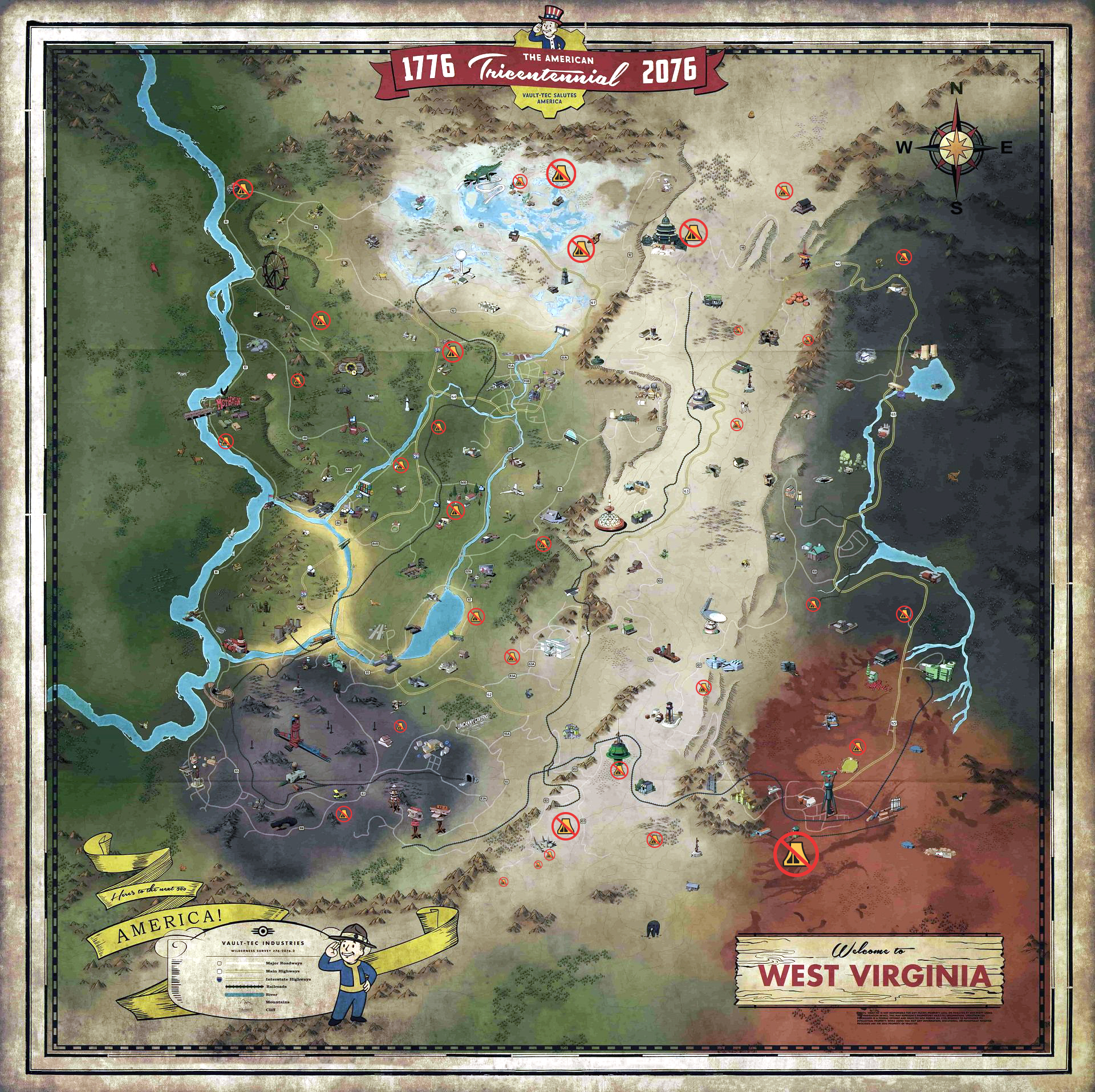 In addition, players will be getting access to “The Veteran” outfit, but to qualify, players will need to have logged into Fallout 76 from November 14, 2018  (When the game launched) to before the Wastelanders update lands. So basically, if players want the outfit, they’ll have to jump onto the game today. To claim it, it’s said it’ll be automatically added as a craftable item to their account and will be available for any of their characters at Armor Workbenches.

It’s also stated that it may take a few days for the outfit to show up, but it should be there by the end of April. The outfit is Bethesda’s way of saying thank you for those who have jumped onto the game and supported its life. Since launch, the game has faced a range of issues, and last year was hit by an inventory hack which saw Bethesda issue a generous fix. It seems, despite the rocky start, the game is slowly getting to where it wants to be.

You can check out the new trailer above that shows off some gameplay that players can expect from the new update. As an added bonus, players who like video game soundtracks, or in particular like the Fallout 76 soundtrack will be able to purchase or stream it through iTunes, Spotify, or Amazon Music.

Fallout 76 is available for Xbox One, PS4, and PC. The Wastelanders update also finds the game heading to Steam.

Apex Legends is Coming to Steam on November 4th

Pokemon Sword and Shield: Get All Ash Hat Pikachus For A Limited Time

This is the first trailer released for the sixth expansion coming to Fallout 76, Steel Dawn