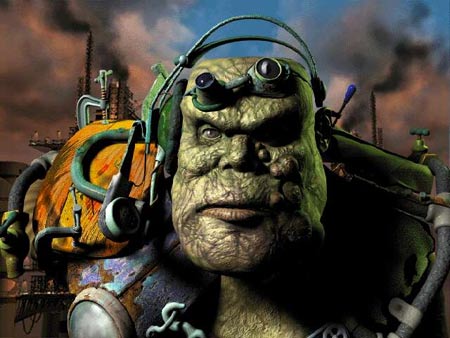 War. War never changes. (And neither does the zits on this super mutant’s face)

Interplay, the producers of the long-awaited and long-developed title, Fallout: Online, have come out to say that you can expect their MMO out in the second half of 2012, with a beta beginning early 2012. With the game having a development team of around 90 people, and President of Interplay Eric Caen telling us that movement around the world in-game was already working in Jan. 2009, it doesn’t seem out of reach.

No one has seen neither a picture or video of this game, but Interplay seems certain this is a product they are going to ship. Interplay hopes to have around 1 million subscribers for the game. Damn, that’s a lot of Pip-Boys.

Fallout 4’s Pip-Boy Edition Is Back, and Better Than Ever

The ShockCast to Return in 2012