Final Fantasy XIV Avatars Are Now Available on EU PSN; Should Be Released Shortly on NA One Final Fantasy XIV Avatars Are Now Available on EU PSN; Should Be Released Shortly on NA One

To celebrate their prize at PlayStation Awards 2015, Final Fantasy XIV: A Real Reborn‘s development team decided to release a batch of PlayStation Network avatars as a way to thank players for their continued support.

The fifteen avatars based on several official illustrations are now available for free on the European PSN and should be coming shortly to the North American one. A great way indeed to adorn your PlayStation profile with beautiful avatars and show your love for Final Fantasy XIV.

Let’s hope that more avatars like these ones will be released in the future. 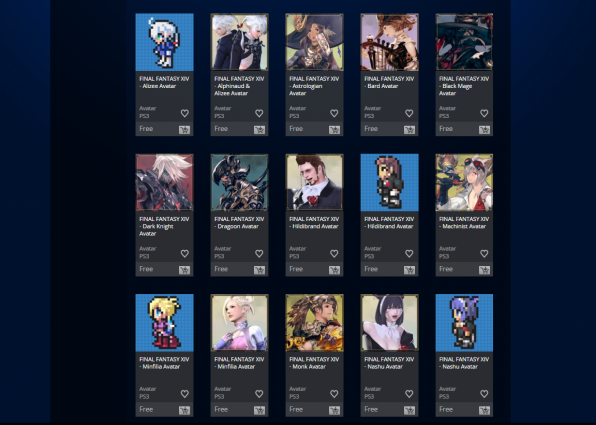