One of the mysteries of the development of Final Fantasy XV is a clay model of what appears to be the game’s overall map, that was showcased across development diary videos and technical lectures at developer-dedicated events like CEDEC.

That “map,” which you can see at the bottom of the post, has generated a lot of discussion among fans. Is it really the map of the game? Is it outdated? Those are just some of the many questions it triggered. In order to bring some clarity on the mystery of the map, DualShockers asked Director Hajime Tabata directly at PAX West.

That was our initial mock-up of the map, and so that’s where we kind of determined the overarching scheme of the map. That said, there have been changes that have been implemented to what you see there. So it’s probably safest to understand that as what became our basis for constructing the actual map.

It also helped us evaluate what kind of technology we needed in order to achieve all those elements that you see within the map.”

So there you have it, straight from the lion’s mouth: while the map you see below served as the foundation to create the actual map, we shouldn’t consider it final, since the team made changes to it since its creation. 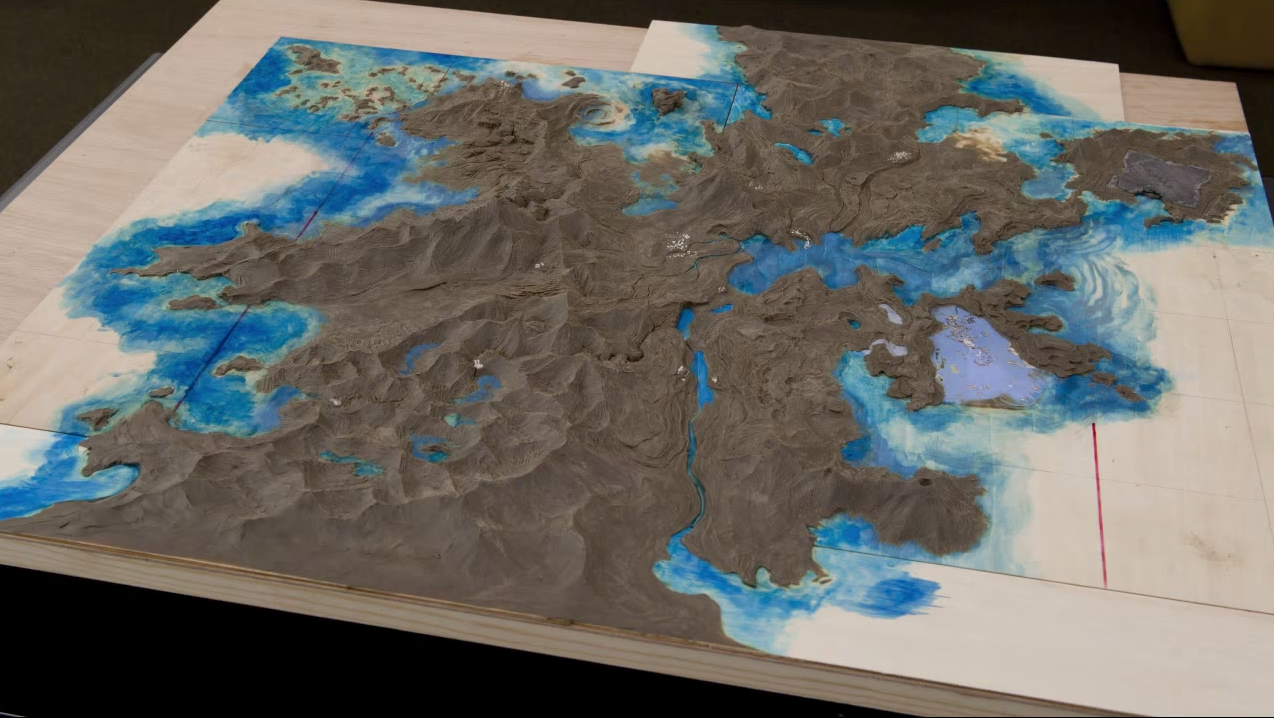