Unfortunately we aren’t going to be surprised tonight by the announcement of the release date of Final Fantasy XV. In a day that has been characterized by leaks, what’s probably the most important information was leaked on YouTube by GameSpot. 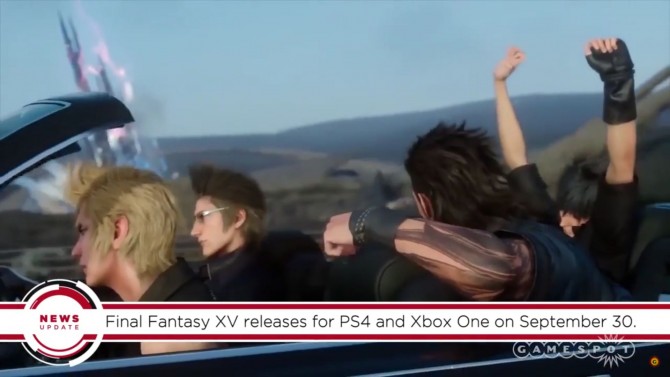 The video, that was probably meant to go up with the announcement under embargo, was published early, revealing the release date of the game as September 30th. It has been taken down shortly after, but it was too late.

It’s unfortunate, and actually I feel quite bad in posting this, but it’s our job to inform you, so there you have it: September 30th is the date in which we’ll finally get our hands on the fruit of ten years of labor at Square Enix.

The video also leaked the fact that the demo featuring a young Noctis “as he journeys through a dreamscape” will be available “today.” Depending on when the video was intended to go live, it could actually mean tomorrow, but I guess we’ll know soon.

The demo is meant to show off the game’s final visuals and combat system, and finishing it will grant you an exclusive Carbuncle summon in the final game. Apparently, playing the demo will be the only way to unlock the summon.