Fire Emblem Warriors is yet another colorful Nintendo-based Musou game that seems like it will please fans of both series when it releases this fall.

As I am a fan of both Fire Emblem and Musou-style games, I was excited when I heard that Fire Emblem would be getting the Musou treatment on Nintendo Switch and New Nintendo 3DS with Fire Emblem Warriors. While the Fire Emblem series usually consists of slower paced strategy RPG’s, the setting and characters lend themselves well to a more action heavy title such as this. With that in mind, I was curious to see how this title would pan out on E3’s showfloor.

Fire Emblem Warriors’ vibrant graphics and addictive gameplay have made this game one of my most anticipated titles for the Nintendo Switch this year.

The demo put me right into the action, as I controlled a team consisting of Chrom, Marth, female Corrin, and a new character named Rowan. I started hacking and slashing away at enemies as Chrom. The controls were very responsive, and the title felt very good to play on the Nintendo Switch Pro controller. If you are already familiar with other Musou games, you will feel right at home with Fire Emblem Warriors — it uses the same combat system that relies on players stringing lighter and heavier attacks into combos to take on enemies.

Combat animations were very colorful and flashy, and fit each character that was using them. One can easily switch control from one character to another, a much appreciated improvement from Hyrule Warriors, and each character has a unique moveset that makes them all fun to use. All of the characters I played in this preview were sword-based, so I am curious to see how more magic-focused characters feel to control in the final version. 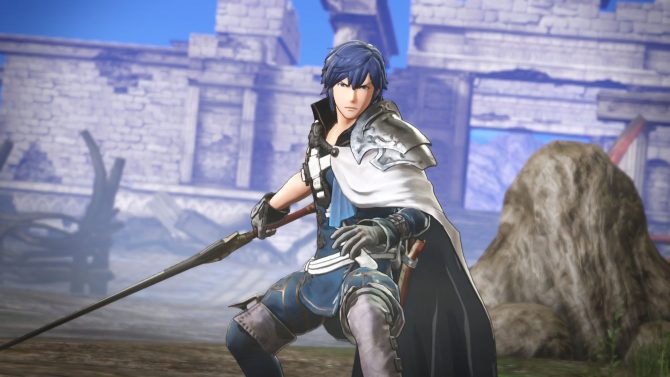 As you attack enemies, a special meter is filled; when it is full, a powerful attack can be used that has the same critical animation as the regular Fire Emblem games. Defeating enemies nets players gold, and experience points, and once enough EXP is garnered by a certain character, they level up during the match, increasing their stats. While the few levels I gained in this demo with each character brought minimal improvement, I am curious to see how characters evolve and grow over time in the full game.

One can easily switch control from one character to another, a much appreciated improvement from Hyrule Warriors, and each character has a unique moveset that makes them all fun to use.

After getting used to how the game played, I was told that I could pair up with an allied character in order to do dual attacks that deal even more damage. I paired Chrom and Female Corrin together and, as one may expect with that combo, started beating large groups of enemies to a pulp. There are also other things you can do on the same menu, like heal your characters with a vulnerary. 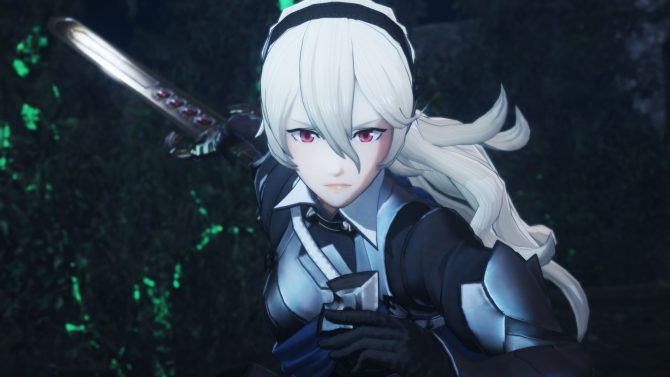 There were a few side objectives that the game asked me to complete, like killing a special thief enemy, though I spent a majority of my time with the game just taking over enemy forts as Chrom and fighting the enemy Captains. The first two I could fight were Ryoma from Fire Emblem Fates: Birthright and Lianna, who is a new character in Fire Emblem Warriors. While she will be a protagonist in the final game, she was an enemy in this demo.

I took all of the Forts I passed through on the way to both of these opponents, killing the Fort boss and enough enemies inside each one to claim it as my own. Ryoma and Lian had more fleshed out movesets than the other characters, but I was still able to beat both of them without much frustration. 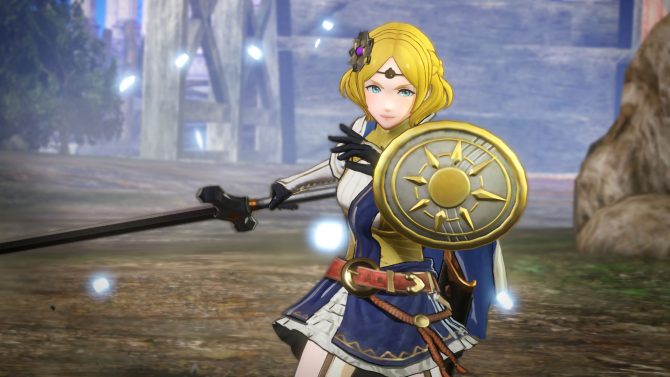 All of the fights between characters were vivid and colorful, and it was cool to see some great Fire Emblem characters duke in out on the battlefield. As for the other playable characters in the demo, Rowan and Marth played quite similar to Chrom, though Corrin’s special abilities allowed her to transform into a dragon for some of her more powerful attacks.

Finally, as I defeated both of those enemies bosses, the final one appeared — it was Xander from Fire Emblem Fates: Conquest. When he appeared, I rushed to the enemy base, destroying everything in my path on my way. He was tougher than any other enemy I faced in the demo, but when I finally struck him down as Chrom, the match ended. 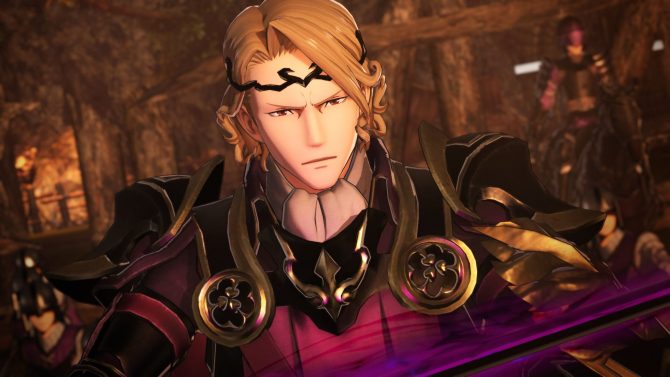 The game was super colorful, controlled well, and contained tons of fan service with enemy types and included characters that fans of Fire Emblem will appreciate.

Fire Emblem Warriors did feel a little too similar to other Musou games like Hyrule Warriors a few areas with little else different gameplay-wise to show for it, so hopefully game-specific features like the in-battle level up system and character pairing can spice up the gameplay on its own. I also saw the framerate struggle a bit in docked mode when I played it, though the game is quite a ways away from release. The developers do have time to improve performance; luckily, the game’s graphics are sold vibrant and bold that I was able to ignore the frame rate drops for the most part.

Despite those few small problems, I had a blast playing Fire Emblem Warriors. The game was super colorful, controlled well, and contained tons of fan service with enemy types and included characters that fans of Fire Emblem will appreciate. Since we are still probably more than a year out from the main series Fire Emblem entry on the Switch, Fire Emblem Warriors seems to be a great title that will hold fans over until then, while still pleasing Musou fans in the process.