The multiplayer beta of Gears of War 4 officially launches tomorrow, but it has been open to press, developers, friends, family and contest winners since Friday night. Apparently The Coalition is getting ready for the floodgates opening with a first round of updates.

A mandatory update has been made available on the Xbox Live servers, and it’s a big one, weighing 6.3 gigabytes. 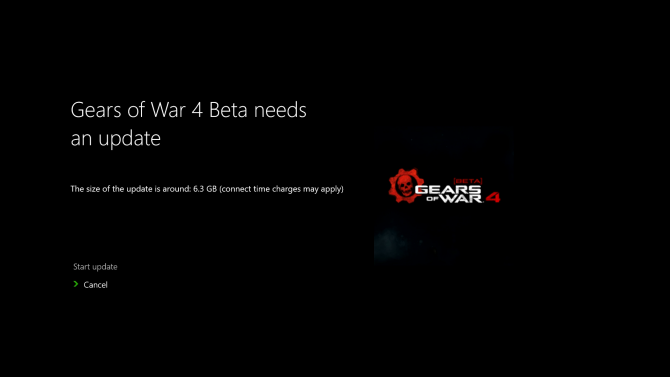 At the moment of this writing, the changelog is unknown, but if you’re getting the code tomorrow, you most probably won’t have to download the update, as it’ll be part of the initial download.

Update: According to Studio Head Rod Fergusson, the update is about connectivity changes, and not gameplay.

In the meanwhile, you can check out our gameplay footage and video preview.