With God of War cleared for takeoff, the creative team at Santa Monica Studios take a moment to reflect on the impact of the game on their lives.

With God of War officially going gold, the creative team at Santa Monica Studios–the people responsible for the games release–take some time to reflect on the impact that the game had on their lives and game development as a whole.

In a blog post by Santa Monica creative director Cory Barlog, he discusses the challenges of developing a game with such a history and fanbase behind it while still doing it justice. At the same time, he describes the joy, tears and fear of the creative process behind making a game in a genuine, heartfelt way. Cory Barlog had this to say about the development process and his team:

Going gold means so much more to me with this game.

It has been a long and exhausting journey filled with laughs, arguments, and a healthy dose of fear – with a side of doubt.

This was the scariest, most wonderful thing I have ever done and I can honestly say it would never have been possible without the full-throated support of Sony and the tireless work of the incredible team at Santa Monica Studio. We have been through a lot together and I would not change a thing. You are the best damn team a director could ever hope for and I am thankful beyond words for every ounce of passion and pride you put into this game.

We can later see Barlog describe the release of God of War as, “support of an industry that allows me to prolong my childhood indefinitely and make a living telling people stories.”

To see Barlog and his team so earnestly reflect on their journey brings me–and many other fans of both God of War and gaming as a whole–a true hope for the future of gaming: be it as a medium, a narrative, an art form or just something you want to do for fun.

It seems like Santa Monica Studios is taking a bona fide pride in the product that they have produced, and I’m sure it will show when God of War releases April 20, 2018 on the PS4. Look forward to more news about the game as we approach release and consider checking out Barlog’s blog post to learn more about the team’s feelings towards the development process. 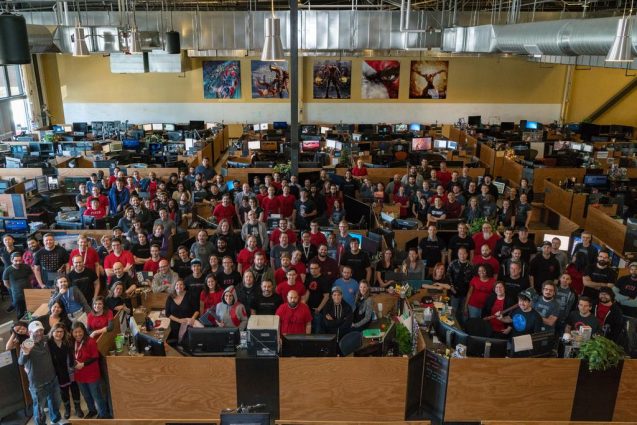 Director Cory Barlog breaks down the process behind God of War's development on his official Twitter account.