It's been five weeks since the release of Sony's PS4 exclusive God of War, and Kratos is still dominating the United Kingdom's gaming market.

Today Gfk released its video game sales data for the United Kingdom, related to the week ending on May 19th. Surprise, surprise, Sony Interactive Entertainment Santa Monica Studios’ masterpiece God of War is still at the top, for five weeks in a row.

One more week on the throne and God of War will equalize The Last of Us for PS3, which remained at the top for six weeks, while Gran Turismo 3 on PS2 would be the last boss to beat for the ultimate Sony first-party primacy, but that will require passing eight weeks on the peak of the mountain.

Hyrule Warriors: Definitive Edition for Nintendo Switch debuted in third place, which is the same it achieved on Wii U in 2014.

God of War is currently available in all regions, exclusively for PS4. If you haven’t purchased it yet, you can do so on Amazon. If you’d like to know what we think about the game, you can read my review.

Below you can check out the overall chart and that for individual formats. 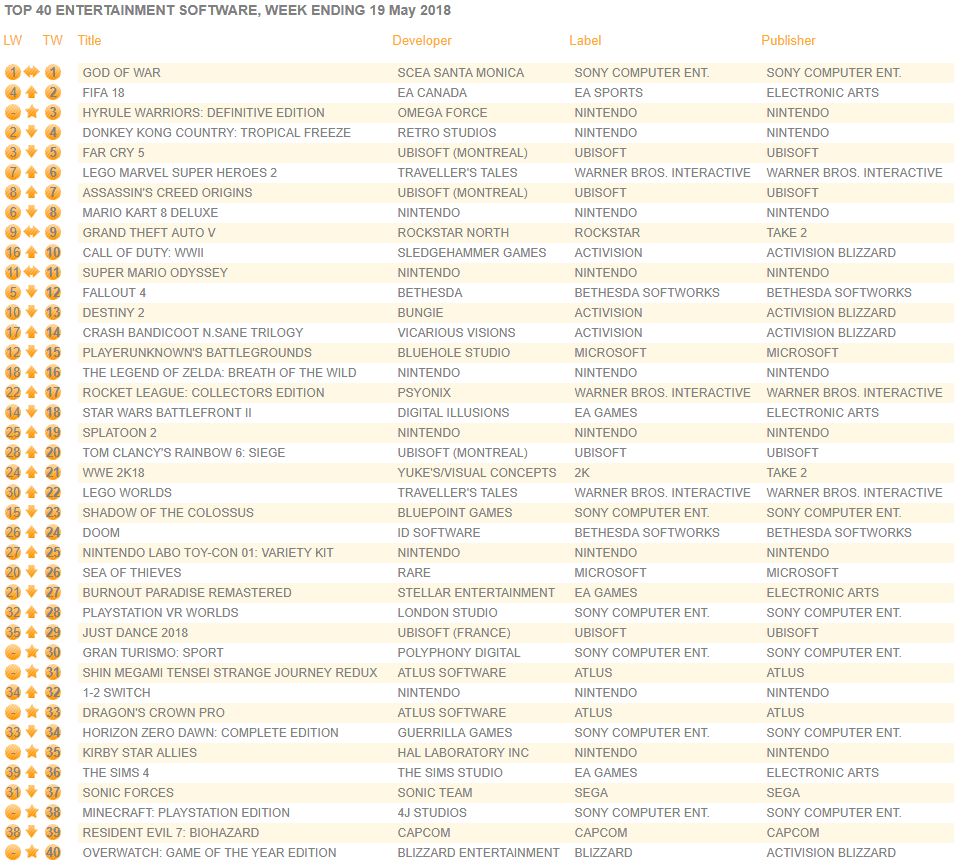 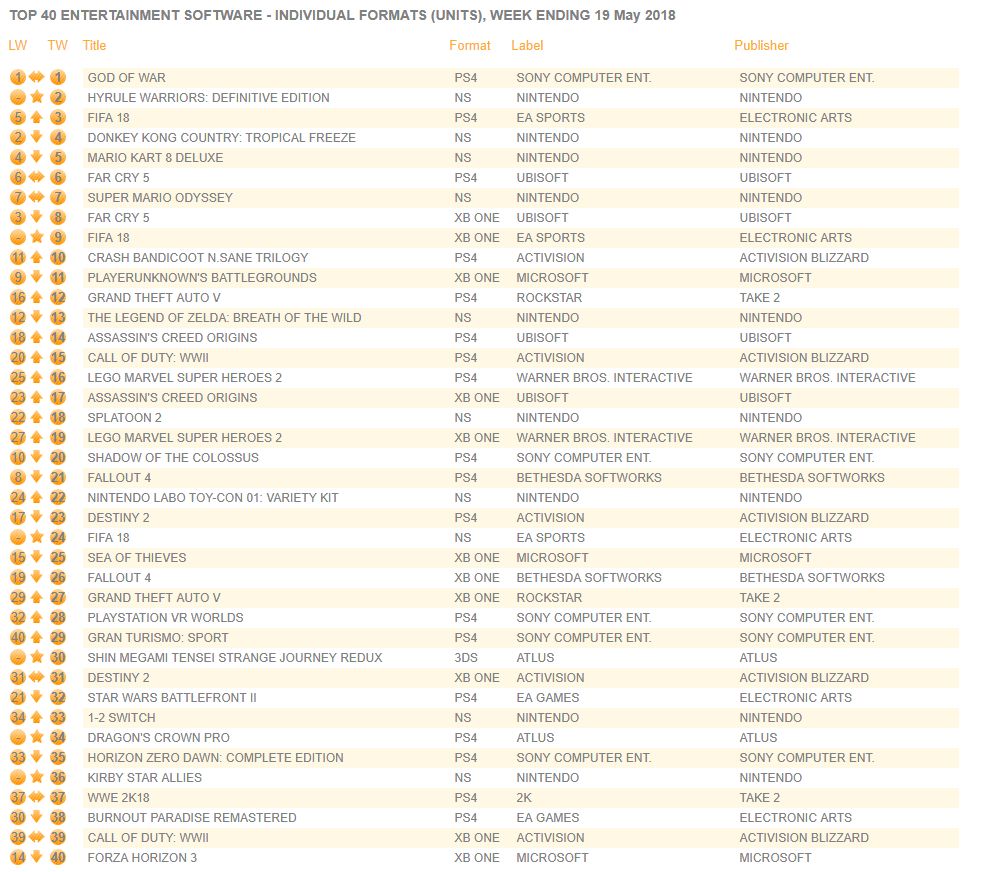 Cross-play functionality on the PS4 is now out of beta and developers can use it for any game they wish.