Nintendo fans like golf and mingling. You heard it here first.

Australian two-man developer Sidebar Games’ debut game Golf Story launches on top of the North American Nintendo Switch eShop charts, and at No.2 in the same charts, but in the UK.

As you may know, last week the Earthbound-like RPG launched exclusively on the Nintendo Switch for a humble price of $14.99 USD. The buzz around said launch was largely positive, and apparently was enough to generate a considerable amount of sales. Even more, this demonstrates that games can still succeed without a marketing campaign (there was virtually no pre-release buzz about this game) to succeed, and that you can still simply just make a good game, and get rewarded for it.

While the eShop charts don’t reveal exact sale numbers, coming out on top is a decent indicator of strong sales, especially when you factor in some of the other titles it beat: FIFA 18, Inverses Deluxe, NBA 2K18, Pokken Tournament DX, Steamworld Dig 2, Thimbleweed Park, and more. 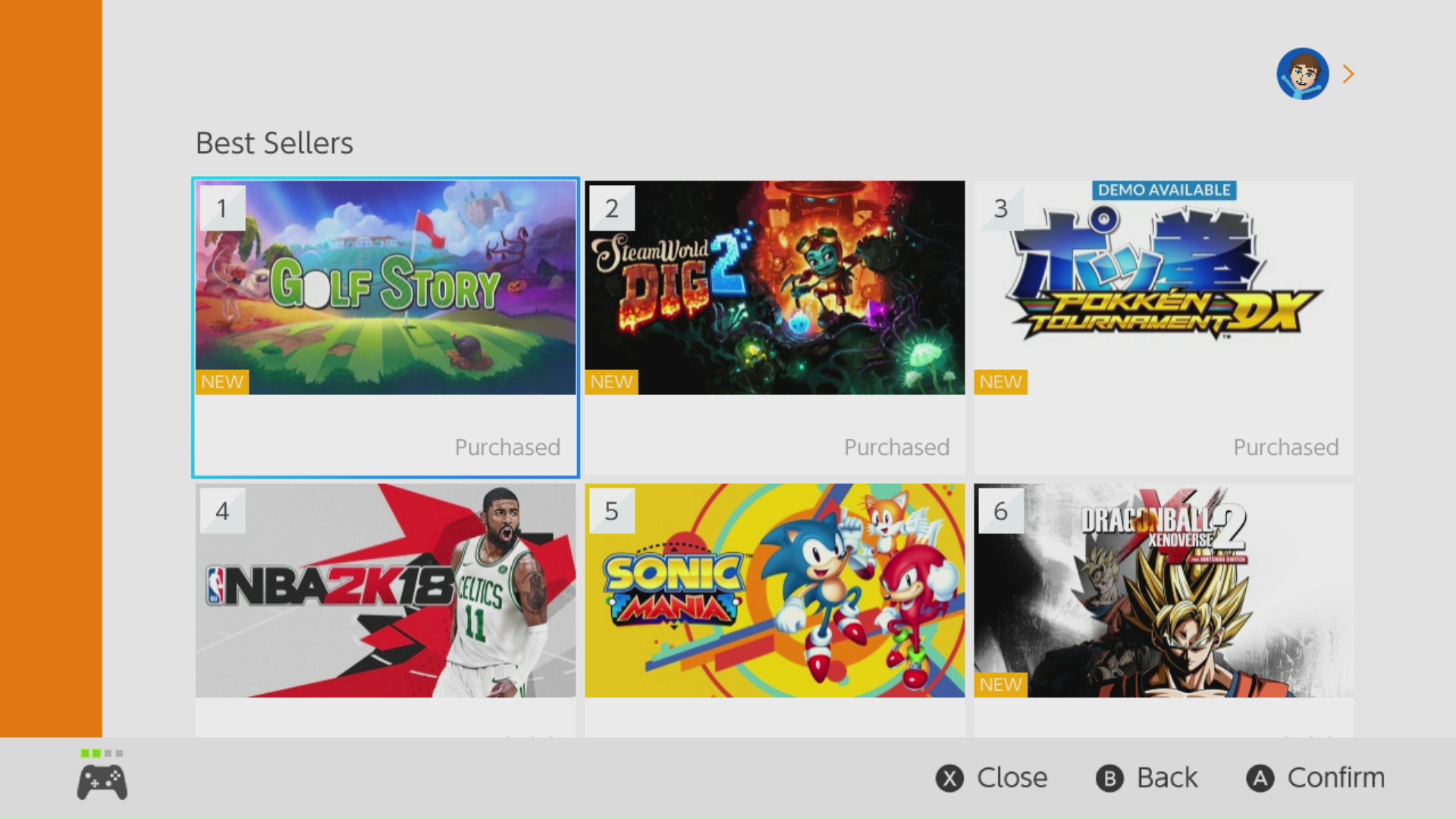 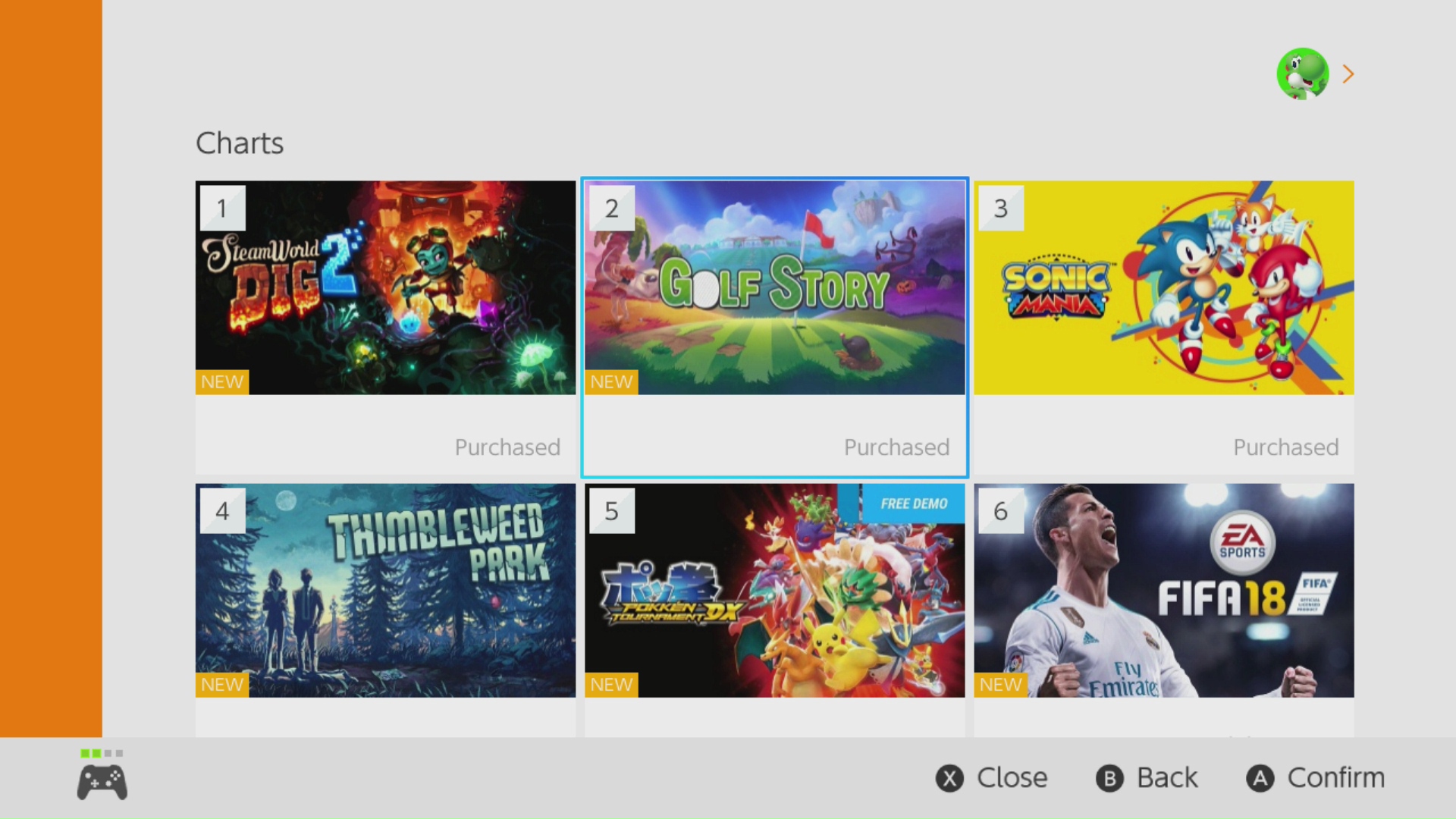 For those that don’t know: in Golf Story you play as a golfer who has been forced to give up everything for one last shot at accomplishing his dreams of golfing glory. But golf these days isn’t so straightforward: you not only have to smoke you competitors on the green, but you have to keep up with them off the pitch.

Golf Story notably boasts eight different enviroments, all full of golf courses, townspeople, and secrets to discover. It further features character upgrades and personalization, as well as other non-golf things to do like drone fights and mowing.

For more information and media on the game, be sure to check out its official website. And in case you missed it, here’s its launch trailer from last week.

Watch Dogs Legion Fills Out Your Crew With London’s Finest

Sports Story was announced today at the Nintendo Indie World Stream. The sequel to Golf Story looks to pump the game full of new sports and wacky fun.