Grand Companies of Eorzea to Debut in Final Fantasy XIV With 1.18 Patch Grand Companies of Eorzea to Debut in Final Fantasy XIV With 1.18 Patch

The last few days have been an extremely busy period for news related to Final Fantasy XIV, as Square Enix is rolling out information about patch 1.18 (that many consider the first step towards a solid turn of the tide for the game), together with the official confirmation that the PS3 version will be released “at all costs”.

Many thought that between auto attack, raid dungeons, new quests, Guildleve rebalancing and the removal of the Fatigue system, we already heard everything substantial that the patch (to be released on July the 21st) entailed.
Looks like they were wrong.

Today Square Enix announced that another of the game’s most awaited incoming features will be introduced with 1.18: The Grand Companies of Eorzea.

The Grand companies are military organizations created by the three city states of Eorzea in order to face the upcoming danger that looms over the continent. 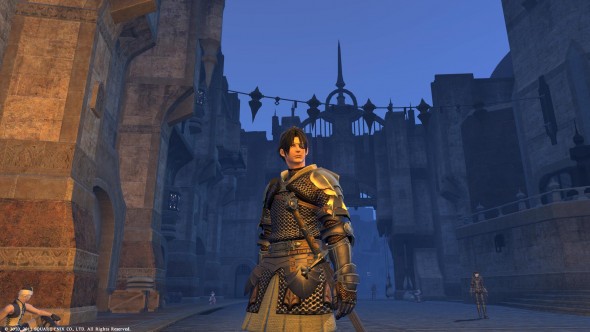 Players will be able to chose freely between the Maelstrom, the Order of the Twin Adder and the Immortal Flames regardless of their city of origin.

As part of a Grand Company players will be prompted to complete a series of missions that will yield company-specific seals to be used as currency to earn “myriads” of useful items.
The first series of missions as recruits won’t be exclusive, to allow everyone to experience all the Companies before making a final choice when moving on from the rank of recruit.

According to the official announcement, missions for company recruits will be introduced with 1.18, while missions for higher ranks will come with patch 1.19 and beyond.