Rice Digital has revealed a fat limited edition for the PS3 and PS4 versions of Guilty Gear Xrd – Revelator – from Arc System Works.

Formally dubbed the Let’s Rock Edition, the Rice Digital exclusive set will include the game, a soundtrack CD, a visual book, a DLC voucher for playable character Raven, and a big red vinyl complete with a sleeve featuring unique artwork. This set will add a considerable $39.99 to the game’s price, with the PS4 version costing $99.99 and the PS3 version coming in not much cheaper at $94.99.

See a pack shot below. 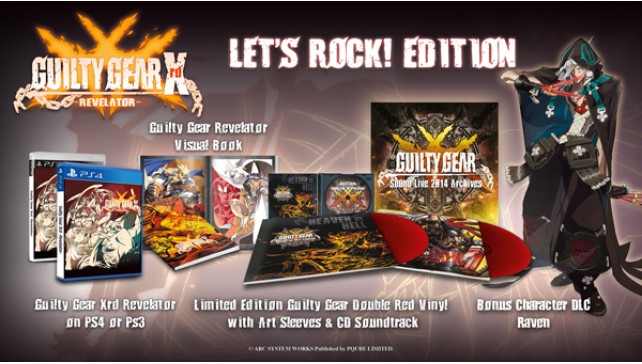 The creator of the Guilty Gear franchise teased its newest edition at EVO 2019.