Grieving parents decided to commemorate their son's life by holding his ashes in a Halo 3 Master Chief's helmet-styled urn.

Losing a family member or friend is probably one of the most heart-breaking events someone can go through in life. It’s even harder when a parent has to go through the ordeal of burying their child, but sometimes it can help with the healing process when you do something to commemorate them in a way that reflects something they loved when they were alive. That’s exactly what a family did when they suddenly lost their son at the age of only 31 and since he was a Halo fan, they thought the only true way to cherish his memory was to keep his ashes in a Master Chief’s helmet-styled urn. 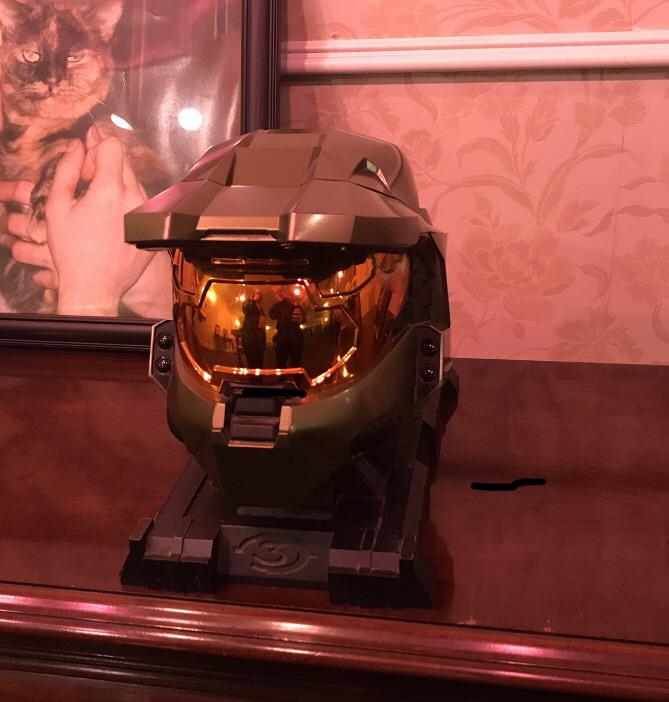 On Reddit, a poster by the name of Forsaken330 talks openly about losing his friend at such a young age and how his friend’s parents made the decision to turn a tragic time in their life’s into something they knew their son would love as he was such a huge gamer and lover of the Halo franchise. Forsaken states that his friend was an introverted person but by sharing his story, he could now bring his friend into the larger gaming community that he always wanted to be a part of.

As sad as this story is, it’s also a beautiful tribute to someone’s memory that will last a lifetime and then some – also it’s fantastic that his parents acknowledged their son’s gaming roots and were able to implement that to share their personal moment with the gaming community.

“A hero need not speak. When he is gone, the world will speak for him.” – Halo 3

In June this year, Microsoft teased a new gameplay trailer for their long-awaited Halo Infinite which is expected to release in late 2020 for Xbox One and PC as well. Xbox Series S Retail Package Has Been Spotted at Some Retailer

The smallest next-gen console seems to have the smallest retail box as well.