I’m sure that I’m not the only one that still finds it rather surreal that we have a release date for Final Fantasy XV. It’s not a year or a generic window, but an actual solid day we can look forward to, after ten years since the announcement of Final Fantasy Versus XIII.

Yet, one of the telltale signs that something like this is actually happening, is the appearance of promos and advertisement kiosks in Japanese stores. Retailers of the archipelago of the Rising Sun love decorating their stores with colorful and heavily illustrated kiosks, often with a TV running trailers and pre-order slips available.

During today’s Active Time Report Broadcast, Square Enix showcased some of said kiosks, and you can see them below as “evidence” that we aren’t all dreaming. 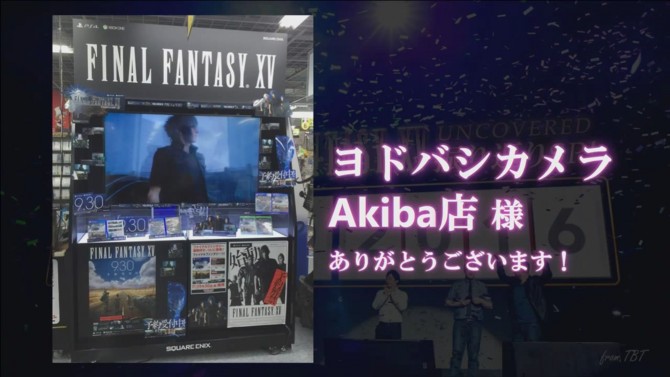 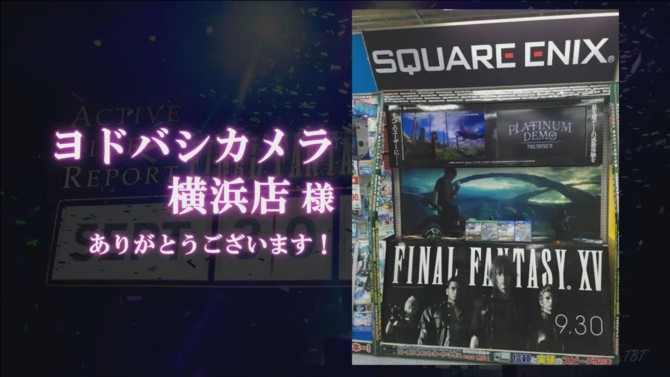 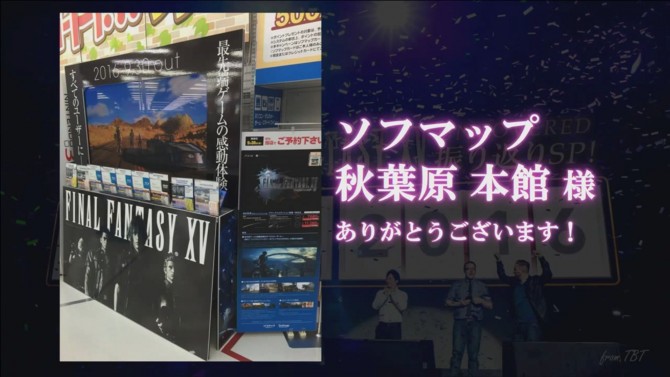 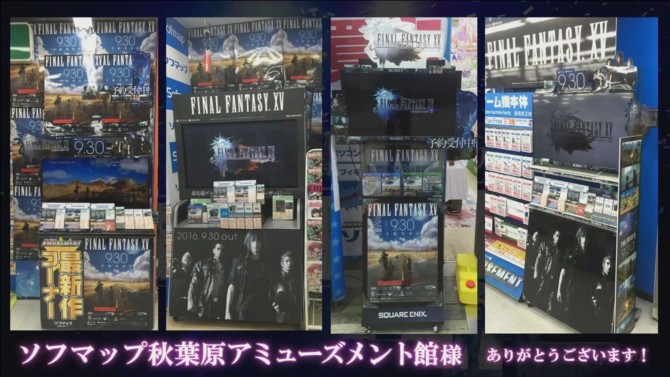 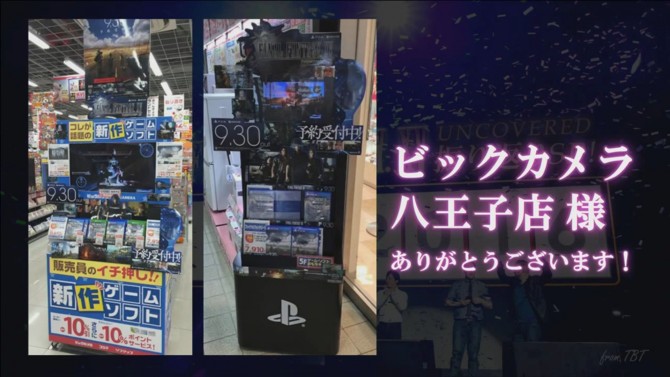 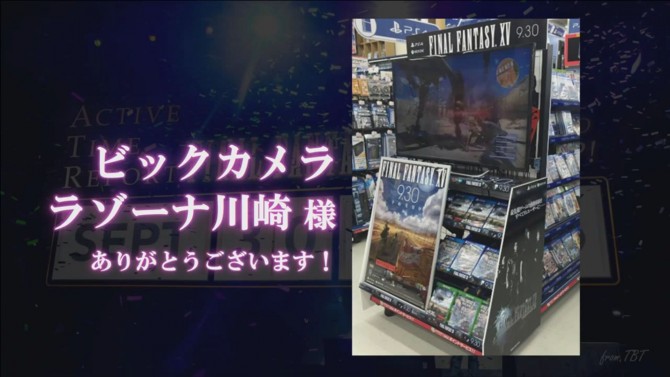 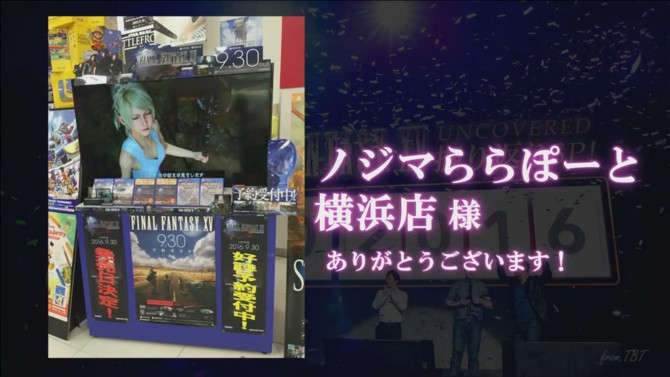 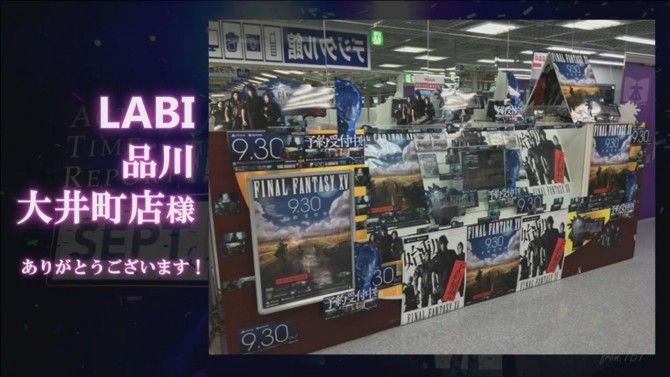 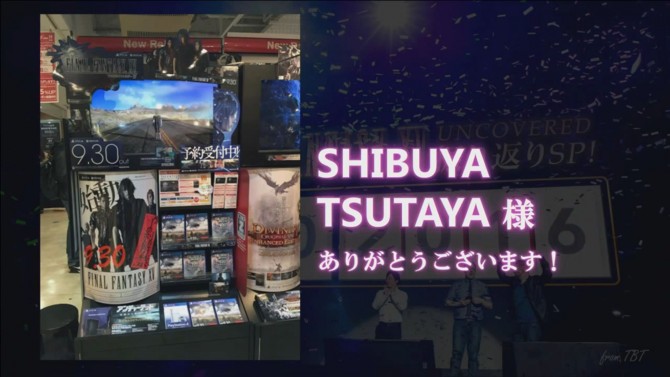 Now let this all sink. It’s really coming, and it’s not a dream.

Incidentally, I will be in Tokyo when the game launches, so you can expect me to cover the event in detail. Will Final Fantasy XV bring back big lines in front of the stores? Time will tell.