A dark quiet room, locked away from the world. Empty pizza boxes thrown across the floor, a shirt, your shirt covered in grease stains and remnants of crushed potato chips. Endless amounts of caffeine, as you pull an a marathon…for video game playing.

This is what many people imagine when they hear you’re an avid gamer. Someone who only communicates in gaming terms, someone incapable of understanding real life issues; someone who couldn’t possibly handle interacting with other people unless it requires a headset and kill streak. This is far from the truth. In fact gamers are more capable of navigating through life than the average non-gamer, for video games provide these essential building blocks.

As the holiday season approaches, we may have started to notice a growing trend on many people’s wish lists: video games. Children obsessed with Skylander, families going into bankruptcy over Disney Infinity, people buying Grand Theft Auto V so much that it shattered records. It’s gotten so out of control that PlayStation 4 and Xbox One consoles are being hoarded by retailers — they need their own show on A&E.  As the holiday sales season reaches its peak with Christmas just next week, video games are proving themselves, as always, to be the biggest winners.

While you may be worried about how little Timmy and Jilly will function in real life, breathe for I will breakdown just how video games can teach valuable life lessons for the real world. 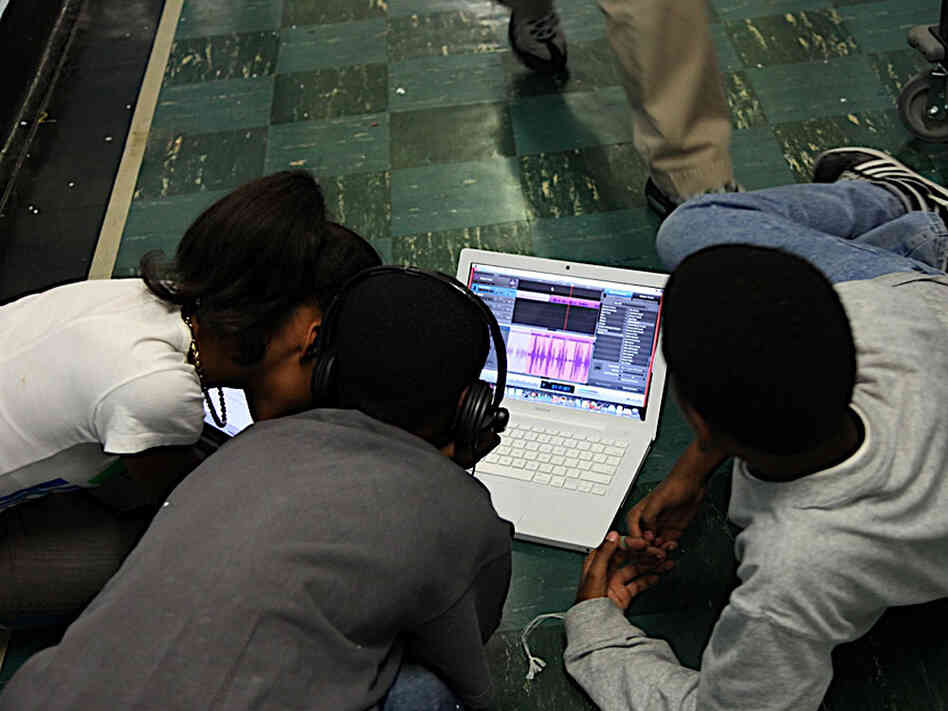 A New York Times Magazine article showcased “Quest to Learn,” an experimental school in New York City that uses a video game format as a basis for teaching. Gone away are using grades, students achieve levels of experience. Assignments are gaming problems, or “quests” that often require the use of multi-disciplinary skills (English, history and math, for example) to complete.

They use English skills to describe a story line, or enough history knowledge to make a game realistic, provides context and illustrates the relevance for individual skills. Also changing the emphasis from grades to knowledge is far more appropriate, in the big scheme of things. After all, it’s not your grades that matter. It’s the knowledge, skills, and understanding you acquires and retain after the test is over. You’re a new parent; you have school, work, parenting, dinner, cleaning and about 50 errands to run in just one day. You don’t know where to start; you don’t know what to do first. You find yourself panicking and just discovered you put your coffee in the baby’s bottle and the baby formula in your mug. You are overwhelmed. I’m sure there hasn’t been a time in your life where you haven’t heard the phrase “timing is everything” and right now all you want to do is scream “F-you” to whomever came up with that saying; but let’s face it, it’s true. Timing and time management is key; whether you’re a college student, high school football star, just trying to cook a burger, working towards your career or just trying to make it through the day.

The ability to properly plan out your day, even communicating revolves around timing. Did you know one of the first ways many people learn about this skill is through gaming? Take Mario for example and those Thwomps. They’re just in the castle chilling until they see you and that’s when it begins; you’re either being chased by them or have to run under them hoping they don’t squash you. These little creations represent life. Timing your jumps or runs perfectly is a lot like planning your day. How many people have missed great opportunities in life because they didn’t know when to move? How many ruined their day because of scheduling?

One of the many features about gaming is setting goals; you either have to blow up something, find something, get to a location or rescue the princess; when you don’t follow the game’s orders you have to start the level over again because you ran out of time or wasn’t efficient. In Super Mario 3D World the game isn’t complete and you can not continue until you’ve collected those green stars. This is a lot like life. When you don’t follow things according to plan you find yourself repeating it over again until you’re able to have perfect timing; you no longer mix up coffee and baby formula, you learn to get through goals one step at a time rather than trying to rush through everything thus failing miserably or half-assing things.

No One Likes Someone Sloppy – Organizational Skills 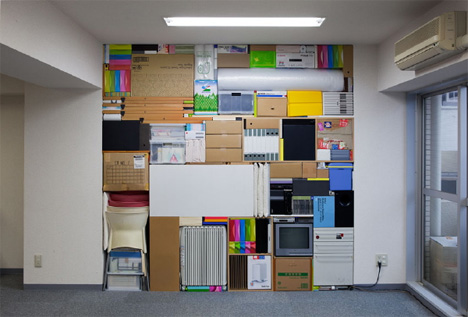 Have you ever heard of the phrase “an organized home makes for an organized life?” Well this was a saying I grew up hearing. If your life is in disarray then most likely everything else is, including your home and how you go about your day is a hot mess as well. You can’t find things, you have too many distractions; your room is a mess, nothing is in this place, and you’re one more step closer to having your home featured in a Febreze commercial. When I moved into a dorm at the illustriously overcrowded SUNY Albany, I was given a room that was basically the size of half a prison cell (SUNY Albany is known for their dungeon dorms) and I had to figure out just how I could fit my possessions into this tiny hole I would come to call home for four years.

That’s when I remembered what I learned from Tetris. Tetris may seem like just a fun game of shape-shift blocks, something to pass the time but Tetris teaches you something far more important: organizational skills. Tetris was the very first video game I had ever played and I still continue to play to this day. The years I spent trying to place different shapes into each other heightened my sense of how to organize my mini prison cell. By the end of the day I was able to figure out if I placed my dresser and TV into my closet, and if there would be enough room for the door to close. Everything had a place and because of this I was able to get ready for my day quicker, I was able to organize my class notes so I could write papers more efficiently, I was even able to point out the mistake baggers made at the grocery store when they bagged my groceries.

Now imagine you’re in the corporate world, overseeing over one hundred workers. Ask yourself, “What does it take to reach this position?” One of the answers is going to be organizational skills. No one wants to hire someone who’s all over the place, doesn’t know where anything is or is downright sloppy. It’s the small things in life that help make your day better and gets you hired.

Teamwork, Everybody Everywhere, Everybody Do Your Share – The Power of Teamwork

Teamwork is one of the most valuable building blocks in the world. It’s one of the first lessons taught in school. Remember being in school and having the teacher practically force students into small groups to work on a problem together. You hated it, you was forced to speak to people you didn’t know, you had to care about their opinions and had to compromise.

Those who play games are well accustomed to the art of teamwork because of gaming which basically promotes this every chance it gets. Did you know that gamers spend more time playing multi-player campaigns than single-player campaigns? Ever play Call of Duty or Battlefield? Those games require you to verbally communicate with strangers to achieve a goal. You form ideas, opinions, pass judgment feel that rush of joy when you’re victorious or feel that surge of anger when you fail. Whatever you’re feeling, you’re feeling it together. In Left 4 Dead, the best way to complete a level is by planning with your team. Online team members are completely interdependent, and if not, members keep dying off; you’re going to fail much like in life.

Here are some the benefits gaming teamwork provides:

Many organizations rely on teams. Universities and colleges have included team and team management in their courses of study. There are many benefits to teamwork. Some of these include:

The Choice is Yours to Screw Up – Lessons in Morality

You hate your next door neighbor, he blasts his electronic music pass 3am causing your walls to shake. You can’t get any sleep and can no longer do simple tasks like thinking. You’ve asked him several times to lower his music but he just laughs off your pleas. One day while emptying your garbage you see him and you can do one of two things: warn him that you’ll call the police on him for disturbing the peace or simply kill him. Both choices could permanently solve your problem but they will have far different outcomes.

While you may want to attack him, think about the consequences of your actions. If you report him to the police he could be fined, through a series of events he can be kicked out of his apartment. If you attack him, you’ll be arrested, have a record for the rest of your life, lose your job and your apartment. Now do you still want to attack your neighbor?

Did you know that many grade schools don’t teach the basic principles concerning the distinction between right and wrong or good consequences and bad behavior? But gaming does; take Beyond Two Souls for example. Beyond take us 15 years in the life of Jodie Holmes, following her trial and tribulations from childhood to young adulthood. The game emphasizes choice and emotional conflict, and its realism gives balance to indirectly help us make the moral choice. Since the game looks so real and some people have stated it’s like watching a movie it can further impact the choices that we make in the game.

Canada at the University of Victoria began studying the moral effects of gaming and discovered that playing video games can make children more ethically and morally aware. The five-year study was conducted by education professor Dr. Kathy Sanford, and focused on young people between the ages of 13 and 17, analyzing what lessons, if any, games were teaching children. What they discovered was that children were able to process their actions on a deeper and more profound level. They were learning how to solve and how to strategize their problems before reacting.

Researchers were completely blown away that the children were making ethical and moral decisions all the time. “They are trying out roles through the characters in the stories. If they act badly, if they choose to be evil, they see the significant results of each of the decisions they make.” The research also highlights that children had a full understanding of the cause and effect of their actions.

So there you have it, the next time someone tells you video gaming couldn’t possibly teach you anything about life or the real world, you just show them this list and explain to them that you’re more prepared for the world than they are. Gaming is just as essential as a school education.

Ex-Rockstar Employee: “It Was Like Working With a Gun to Your Head”