Namco Bandai anounced today that a demo of the upcoming PS3 version of The [email protected] 2 will be available on the Japanese PlayStation Store starting tomorrow, October the 13th.

The extremely popular (in Japan) idol-managing franchise has a rather solid niche following in the West as well, and at last western fans will be able to get a free taste of the game, since it’s very possible to get access to the Japanese PSN and just download the demo even if you live on this side of the Pacific Ocean. 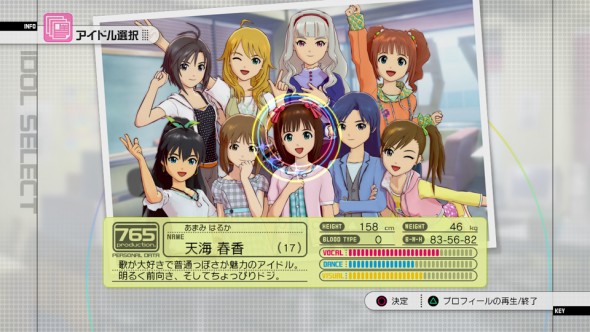 Unfortunately an English localization of the game is very unlikely, given the peculiar legal hardships involved in the licensing of music-focused games. The PS3 release and demo will at least ease that, since the existing Xbox 360 version is region locked.

The demo will allow the player to chose three between nine of the Idols of 765 Production, to change their costumes and the song . The opening song of the [email protected] anime series “READY!!” will be included.

The full game will be released in Japan on October the 27th. If you can’t wait until the demo hits tomorrow, you can see a clip of the anime version of READY!! below. [email protected] 2 Promotion Heats Up With its First PS3 Commercial [email protected] 2 Being Ported to the PS3, Finally Becomes Importable