Indie Puzzle-RPG to be Published in 2013 Indie Puzzle-RPG to be Published in 2013

Dungeon Hearts looks to blend fast pacing with puzzle elements and the nostalgia of old-school JRPGs. Players control a party of adventurers moving from battle to battle that will use a match-3 puzzle system. The game will require a balance from being offensive and defensive. Battles become progressively harder as players defeat more and more opponents.

Dungeon Hearts seems like an interesting hybrid game to keep an eye out for when it hits Windows, Mac, and mobile platforms in the early part of 2013. 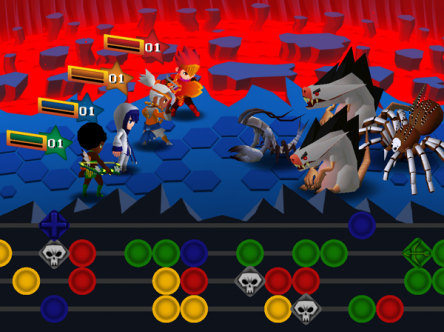 Outer Wilds and the Beauty of Emergent Gameplay Design