As a relative newcomer to the Tales series, I didn’t know what to expect when I got my hands on Tales of Xillia with Namco Bandai recently. I know that the game has been available in Japan for nearly two years, and that it met with incredible success; so successful that it’s already received a sequel, Tales of Xillia 2, which has also been available in Japan for nearly a year. But, can it impress a Western audience that has been so divisive on JRPGs?

The Tales series has always been different than most titles in its genre, where common gameplay conventions have often defined the perception of what makes a game a RPG; after nearly two decades of games on several platforms, the franchise has certainly been one of the most unique. Tales of Xillia continues this trend, with the idea of “linking”.

Tales of Xillia offers a real-time battle system, one that allows players to control one member of a four-person team, to combat enemies on the field while the game’s A.I. controls their allies. During battle, characters are linked in pairs, creating a dynamic duo who work together within the larger group. These pairs can vary wildly, depending on the make up of the pairs: Link up with a fighter, and the fighter will attack targeted enemies from behind and connect combo attacks; Link up with a support type, and the character will heal you and wipe out status affects as you play. Fighting is fast, fun, and involves a mixture of combos and special attacks, which can build up to powerful Linked Arts, powerful moves with a variety of devastating damage and effects.

Battles are swift: it may be that the portion of the game I played had my party already well leveled up, but fights were over within a relatively short time. Thankfully, allies are more than capable of handling themselves in different situations, with the A.I. able to take on enemies with no need to receive direction from me. This allowed me and my partner to concentrate on our foes while the other pair took on theirs. I didn’t get a long enough time on the game to test out any real strategy during enemy encounters, but I was assured Tales of Xillia offers diverse enemy types that will keep players and their allies on their toes.

What you do before a battle effects how an encounter will go in two ways: the first being how you approach enemies on the map, and the second being the Lilium Orb System.

The world of Tales of Xillia consists of various locales, all of which can be explored. These locales are populated with monsters, whom, upon contact, initiate battles. Sneak up on an enemy stealthily, and you’ll get an advantage on them when the battle begins. If they sneak up on you, you’ll earn a penalty. Enemies can also be entirely avoided, as long as you can outrun them. The Lilium Orb System is the game’s customization mechanic, a web of orbs that allows players to upgrade attributes and unlock abilities, some of which include regaining health after battles and always having the advantage at the start of an encounter. 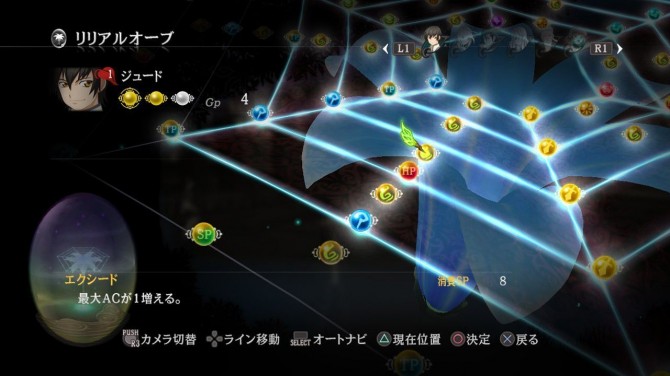 My time on Tales of Xillia was short, but it did allow me to enjoy experimenting with different linked characters and abilities and see the level of tailoring players can apply to their characters. Much of what I mentioned above is certainly not new to JRPGs, or new to gaming in general, and yet the short learning curve but possibly deep linking system seems capable of making the game alluring to both hardcore gaming enthusiasts and newcomers alike. With Tales of Xillia coming very soon – arriving next month in North American on August 6th, and in Europe on August 9th – it’ll be interesting to see just how extensive the linking system is, and how powerful the narrative is, something I didn’t get to experience at all during my play time. But, if Tales of Xillia‘s Eastern success is any indication, Western shores may finally get to enjoy a treasure that they’ve been denied for far too long. Tales of Vesperia: Definitive Edition Gets a 10th Anniversary Edition in Japan