This isn’t meant to upset  or stir fans of the genre, more of an observation of what I’ve been noticing as an industry trend lately. Last week Nintendo upset enthusiasts across the US with their reply to “Operation Rainfall”. The fan-led localization initiative and it’s followers were let down after being told by Nintendo that they had “no plans” of releasing the titles in question in the US any time soon. And while some would argue that the error is on Nintendo’s end, maybe they see something that the rest of us don’t. And come to think of it, I don’t think they’re the only company out there that feels this way.

Ask any publisher lately and it seems as though the RPG has become something of a four letter word. Something that the “average joe” Call of Duty player wouldn’t even glance at if it were on the store shelf sitting next to (insert generic shooter here). Even during a recent demo of Capcom’s Dragon’s Dogma, I had a PR person tell me that a video game with dragons, quests, party members, swords, open world exploration, mages, warriors, heavy emphasis on story, and a leveling system wasn’t an RPG. No, according to Capcom, because it’s made by two guys behind Devil May Cry 3 and 4, its clearly an action game through and through. If this game is not a role playing game then i don’t know what is.

As far as Nintendo’s recent take on the subject and “Operation Rainfall”, what I’m wondering is if they see any value in bringing those products to the states. Localization isn’t free you know and one needs to consider how much of their marketing budget is currently going towards the 3DS and pushing software on that platform. We all saw their E3 press conference and the focus on making sure their latest handheld succeeds.

Fans will argue that some of the best RPG titles of the current generation are on the aging Wii and that there is still a market for these titles on the console, but at the end of the day it’s all about ho it affects Nintendo’s bottom line. Unfortunately you can’t pay the bills with critical acclaim. And while fans like to live in the land of make believe and think that these companies have to “do right by their fans”, if it doesn’t make sense in terms of finances, it just isn’t going to happen. 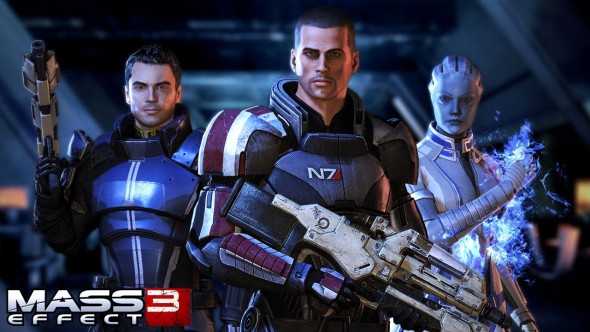 How did it get this way? When did the genre that dominated, influenced, and blazed trails for the industry become the red headed step child? IGN recently declared Mass Effect 2 (an RPG, mind you) the best modern game of our time on a recent top 100 list. As a series (key word here) Mass Effect has sold 7.4 Million copies total and that includes Xbox 360,PS3 and PC. In the same amount of time 15 years ago, Final Fantasy VII sold 8.6 million, on just one platform. Some people say that the only reason Mass Effect 2 is so good is because BioWare ditched the role playing elements. That in itself should speak volumes just in case these sales numbers don’t.

Let’s face it, if there’s something as rampant as “ship now, patch later” this generation its “our game has RPG elements.” It can be titles that have absolutely nothing to do with role playing, yet for whatever reason these titles will have a leveling and progression system. The inclusion of the feature has gone to almost laughable heights and has now turned into nothing more but another bullet point for the back of a game’s packaging.

And this is why the RPG, as a genre, seems like if it’s not already dead in some respects, is certainly on it’s way out. Getting experience points these days is as easy as popping in the nearest first person shooter. If you want to level up, just pick up pretty much any video game that’s released in the past 5 years. We’re a culture of Twitter, Facebook, Foursquare, and now Google +. We want instant gratification in everything we do and that includes gaming. People usually connect role playing to awkward characters, 50 hour campaigns, and endless grind-fests. We don’t want to farm or mine, we just want to level up. We know it and the game publishers know it. That’s why even though they won’t out right say it, the role playing genre is dead, by name alone at the very least. Martha Is Dead Gets Over Ten Minutes of Gameplay Footage