Justin Roiland's VR game development studio Squanchtendo just got a name change: Squanch Games. And their next game reveal may be tomorrow.

We all know Justin Roiland, right? Roiland, the Earl of Lemongrab in Adventure Time? Roiland, Co-creator of Rick and Morty? And while he may have secured worldwide acclaim for one of these two roles, many forget that he co-owns Squanchtendo, a VR development studio with Gears of War/Fortnite producer Tanya Watson. Well… it used to be Squanchtendo.

As of today, the studio will now be titled “Squanch Games.” Why? According to the press release, they “recently discovered a video game related company with a similar name.” After the standard amount of Roiland’s patented hemming and hawing about the surprise of finding another studio with “-tendo” in their name, the team decided to just cut that part and reduce the title to Squanch Games. Y’know, right before announcing it is National Microwave Day. Really.

Obviously, the Squanch Games team is making reference to Nintendo. However, it doesn’t mention whether this change is a byproduct of legal action from the Kyoto-based publisher or just a way for Squanch to make a name for itself.

With that said, we can (hopefully) expect an announcement from the studio at tomorrow’s The Game Awards. While all we have gotten is a tease, it seems a bit heavy-handed:

We’ll be busy watching The Game Awards tomorrow. You should too! Especially the pre-show. It’s going to be great!

If the fact that Justin Roiland owns a VR studio is news to you, don’t feel bad. It seems like the studio has been in very active development since it was first announced in August 2016, with only one official game on the books so far: Accounting, a PC exclusive. Hopefully, we will see what Squanch Games has up their sleeve tomorrow.

Of course, you can check out the comic below that embodies this announcement: 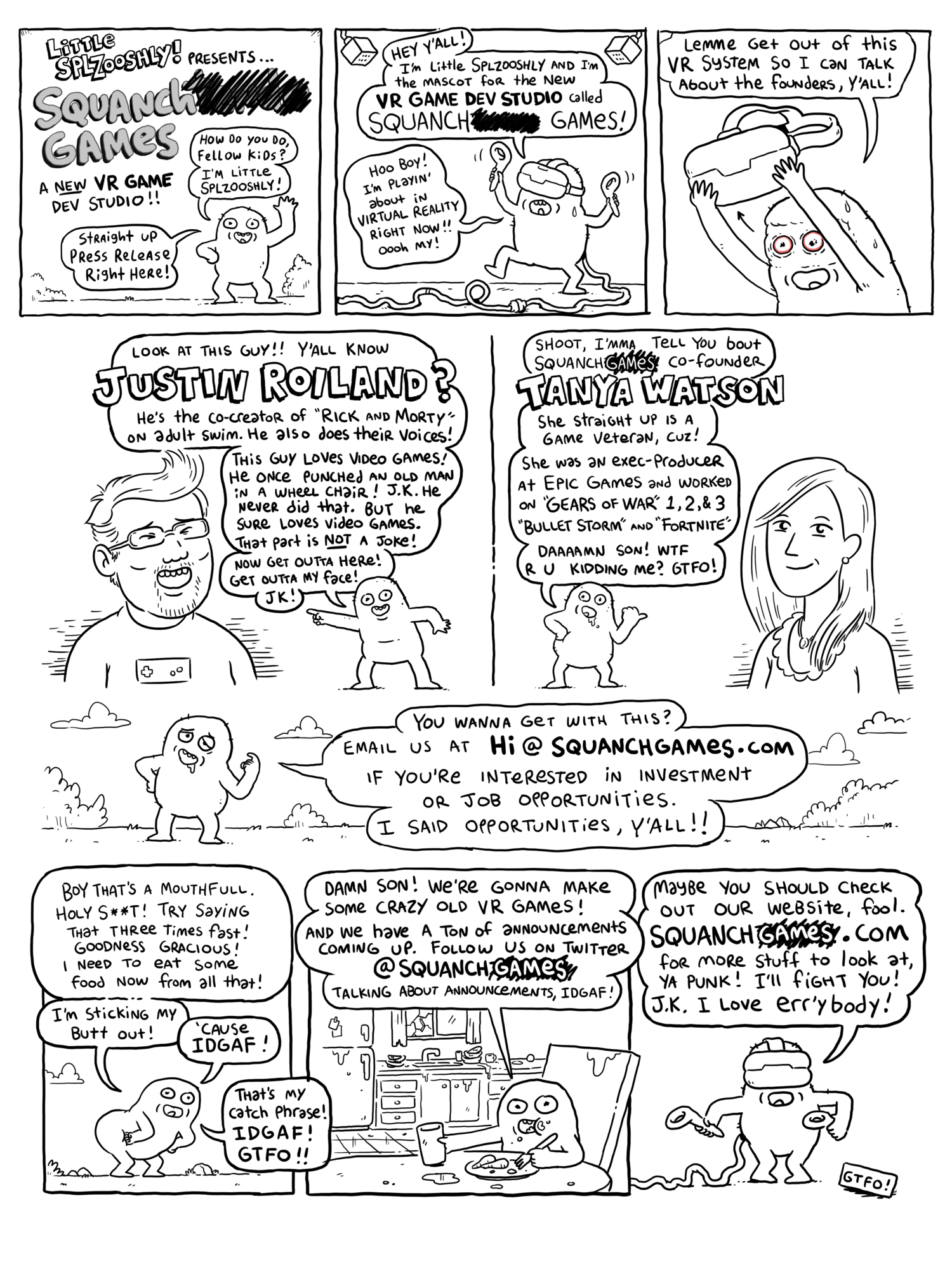