Today Koei Tecmo announced had its quarterly presentation for the period ending on March 31st, and they shared an interesting detail.

As you can see in the slide below, the company comfirmed support in the console space for Nintendo NX and PlayStation VR, alongside PS3, PS Vita, Xbox One, Nintendo 3DS and Wii U.

At the moment we don’t know what kind of games the house of Dead or Alive and Samurai Warriors wants to release on the NX, but we already know that Team Ninja intends to release PlayStation VR support for Dead or Alive Xtreme 3, while the pictures in the slides are from a VR demo made using assets from Dynasty Warriors 8. 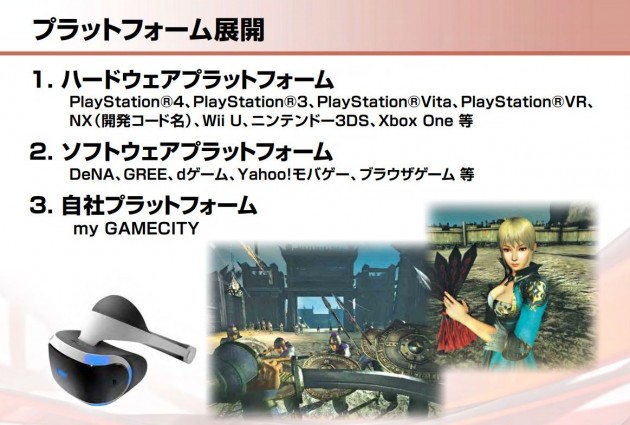 Dragon Quest XI Has Been Confirmed for Nintendo NX The Legend of Zelda: Breath Of The Wild Gets a New Gameplay Clip Showing Runes