Let It Die Interview: Suda51 Talks Survival, The End of the World, and Heavy Metal

Let It Die Interview: Suda51 Talks Survival, The End of the World, and Heavy Metal

From its original reveal at E3 2014, the upcoming free-to-play action brawler Let It Die established from the get-go that it was going to be a wild, bloody ride in a weird, post-apocalyptic world. With imagery of underwear-clad survivors beating each other with baseball bats and tearing each other apart with chainsaws, Let It Die very much falls in line with the visions we’ve seen from the creator of Killer 7, No More Heroes, and his most recent project Killer is Dead, Goichi Suda (aka “Suda51”).

In the time since its original announcement, however, details on Let It Die were a bit scarce, with the free-to-play title currently planning to release later this year exclusively for PS4.

During this weekend’s PAX East 2016, we had the chance to chat with Suda51 about his latest project, while getting hands-on time with the game. From there, the conversation ranged from diverse topics such as Let It Die‘s twisted, bizarre version of the end of the world, making players fight to survive in their underwear, and his favorite heavy metal bands. You know: the usual. 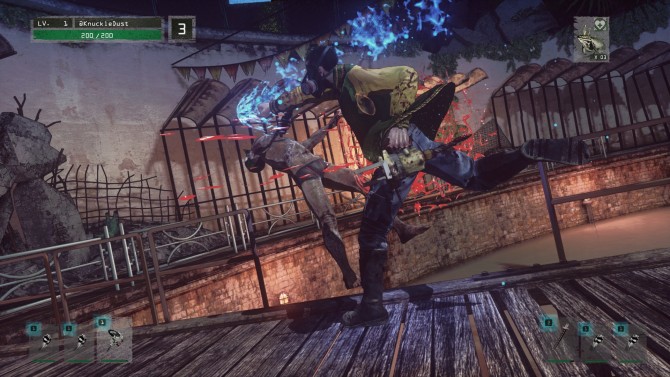 RM: What were some of the inspirations behind Let It Die?

Goichi Suda: The main inspiration for the game was that, we had the idea to make a game that was based on an “end of the world” setting, and from that of course a lot that we drew from things such as Mad Max, Fist of the North Star, and also the manga Violence Jack.

RM: What are the online and offline components of the game? Is this meant to be an online-only game or are there any offline elements or modes you can play as well? 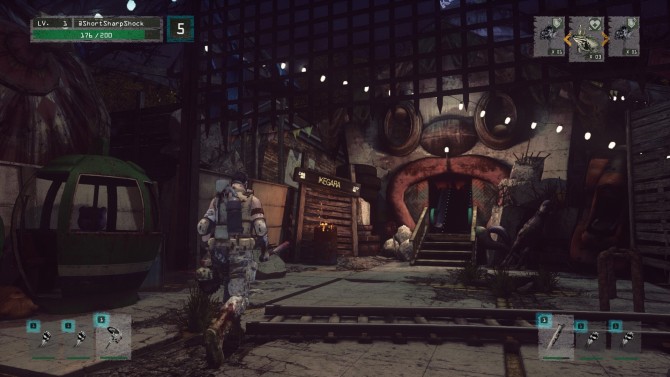 RM: Let It Die originally started out as “Lily Bergamo” as its initial project name, so how did Let It Die evolve from Lily Bergamo and what were some of the changes since it was originally known as that?

Goichi Suda: The biggest difference between Lily Bergamo and what it turned out to be, is that Lily Bergamo was going to be a bit more of a story-driven game. But after thinking about the way players interact with the world these days, we figured that instead of having a story-driven game with a certain character, I think a lot of players like to play as themselves, so we wanted players to be able to build their own character to reflect who they are.

RM: Since the game was first revealed at E3 a few years ago, have there been any radical changes or evolution?

Goichi Suda: We have been very hush hush on this, and been working really, really hard… very secretly for the last two years. We have been building a lot and so we understand that there are some things that changed here and there, but for the most part, we’ve focused really hard and really secretly on making something really awesome. 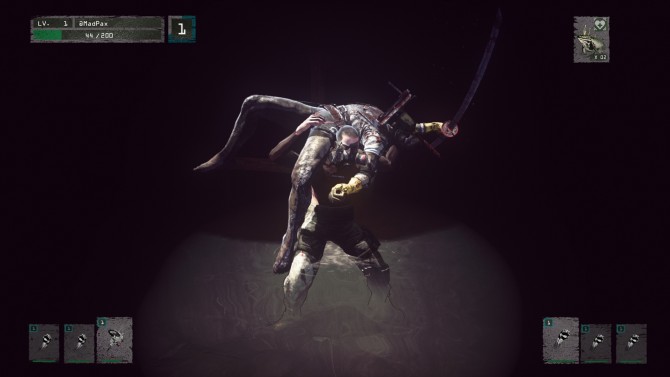 RM: How will the story of Let It Die unfold and affect players’ decisions?

Goichi Suda: The story you’ll see in the game: this is a very small portion of the game that we’ve taken out for the sake of PAX, but as you play through the game you’ll definitely understand more about what’s going on in this world, and our cool Grim Reaper guy will be your guide. He’ll pop up and tell you what’s going on within the game. 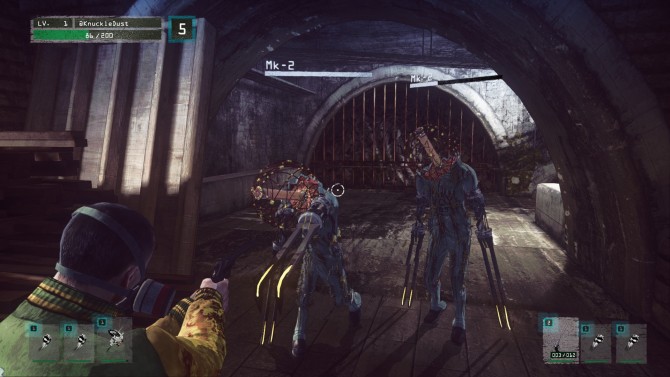 During our demo session, Suda51 also shared a few insights on the game, and some of its inspirations, in particular with the world is a pseudo-heavy metal inspired setting due to some of his favorite heavy metal bands, like Killswitch Engage and Slipknot.

That also extended into some of the game’s brutal violence, with Suda51 explaining that at one point the team even considered the possibility that “it would be kind of funny if you could shoot yourself.” In the end however, the team thought that it was “a little over the top, so we decided to not put that in.”

In my playthrough of the game, I noted some similarity to titles such as Dark Souls and the influence of roguelike/survival elements in Let It Die, with Suda51 explaining that while others playing the game also noted similarities to From Software’s series, he actually hasn’t played it. That said, other members of the team have, and the game is something they all made together. 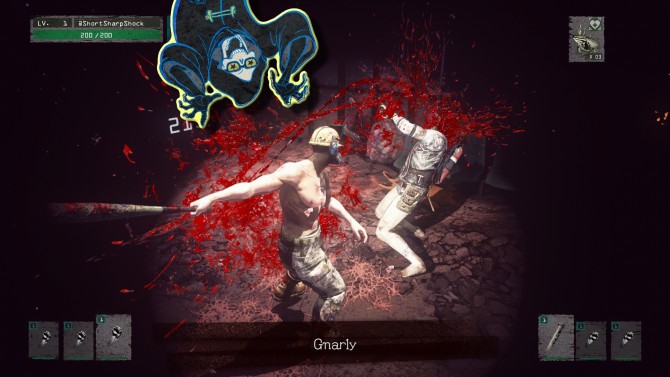 When asked about characters in the game, Suda51 explained that all players will “always start off in their underwear, and then they’ll go on their own,” having to explore the various, procedurally-generated levels and to defend themselves against enemies. When asked about the degrees of customization and whether players can create a female character (instead of just a male character), Suda51 replied that more info on that will come “really soon.”

At the moment, Let It Die is currently planned as a PS4 exclusive. We asked on the possibility of the title coming to PC down the line, and Suda51 acknowledged that “it’s definitely something that people have been asking,” adding that they’ll “see what is possible, but there are no official plans at the moment” to release Let It Die on other platforms. 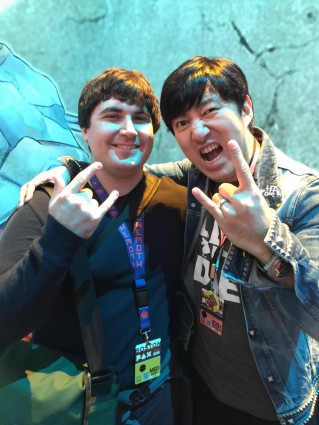