Life is Strange 2: Episode 3 Review — Growing Up Together Life is Strange 2: Episode 3 Review — Growing Up Together

In the series' third chapter, Life is Strange 2 delivers its best episode yet that touches on Sean and Daniel finding themselves in the wild.

Since its debut last fall, Life is Strange 2 has gradually shown some growing pains in its attempt to blend the intimate, character-focused drama that made the first season such a breakout success with a story that is trying to engage with themes on a larger scale. Though Sean and Daniel’s journey hasn’t quite been as compelling in the way that Max and Chloe’s story was in the first season, Life is Strange 2‘s biggest successes have been grounding its story in themes and issues that speak to larger problems in the United States as a whole, especially right now. While it has taken some time to get going, the series’ third episode, titled “Wastelands,” delivers as Life is Strange 2‘s best installment yet, as the story is building momentum in its second half.

Taking place a few months after the end of the second episode, which saw the brothers hop on a train and working their way south, “Wastelands” picks up with Sean and Daniel as they live and work alongside a hippie community that is living off-the-grid in the forests of California. The episode then follows a few days in their newfound life as they work with the other members of the community at a nearby pot farm, a situation which quickly is revealed to not be ideal, but is allowing Sean and Daniel to save up enough money to continue their journey towards Mexico.

While we’ve seen Sean and Daniel change quite a bit over the past two episodes, “Wastelands” really dives deeper into the ways that this cross-country journey has been maturing the Diaz brothers, both for better and worse. Outside of having to experience the incredibly harsh doldrums of working life, both Sean and Daniel experience their own personal paths to adulthood throughout the course of the episode.

For Daniel, that path has largely revolved around his burgeoning telekinetic powers, which has made him both incredibly powerful but unable to understand the magnitude of his abilities. While Sean continues to try and teach Daniel to hone his powers and establish control, by the episode’s end, it becomes clear that Daniel is capable of destruction as much as he is of good, making it interesting to follow his character’s development as he struggles to understand the potential of his powers.

“‘Wastelands’ really dives deeper into the ways that this cross-country journey has been maturing the Diaz brothers, both for better and worse.”

Sean, on the other hand, gets a much larger degree of development not only in his brotherly role of taking care of Daniel, but also having to fully take on adulthood in more ways than one. This episode in particular really highlights the ways that Sean has to grapple with so many aspects of adulthood seemingly all at once in their journey, from having to work grueling hours at the pot farm, to the player making decisions that won’t influence Daniel, such as a campfire scene where Sean can decide whether or not to drink or smoke pot with Daniel sitting right nearby.

One of the episode’s most interesting elements in particular is the introduction of romance options for Sean between Finn and Cassidy, the two travelers that the brothers met in Episode 2. While the options present may be limited in the case of this particular episode, the introduction of developing character relationships like this (along with the episode’s exploration of love and sexuality) made me interested to see how some of these decisions might come into play later on. Even if nothing else ends up coming from it on a deeper level, I appreciated the way that these scenes were handled (in the case of my playthrough where Sean engaged with Cassidy for the romance option), with the episode diving into sexuality in a way that felt realistic and avoids being ham-fisted, especially with the whole experience being pretty new to Sean. 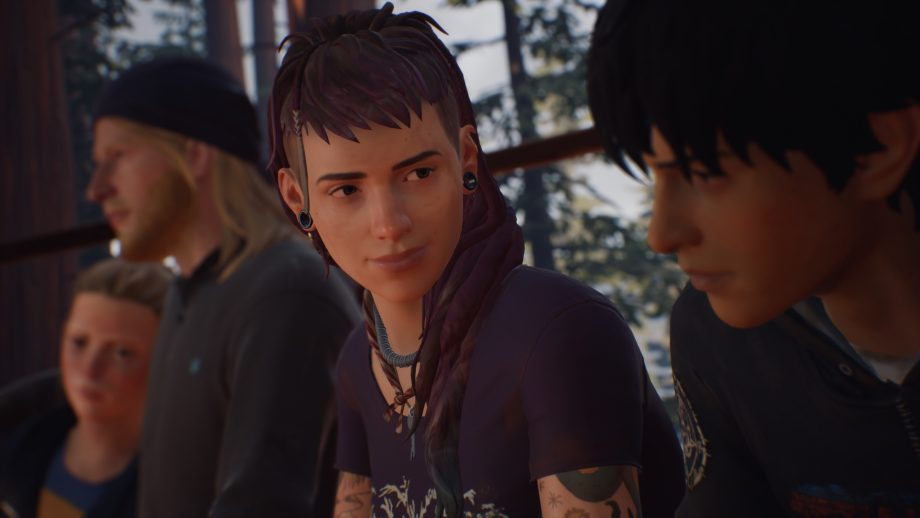 “The introduction of developing character relationships (along with the episode’s exploration of love and sexuality) made me interested to see how some of these decisions might come into play later on.”

While Episode 3 takes a bit more time to invest in the personal development of Sean and Daniel, “Wastelands” also doesn’t shy away from delivering some particularly high tension for the two brothers as they continue to head south to find their family in Mexico, from the demanding owners of the pot farm to struggling to keep Daniel’s powers a secret. That tension plays out especially towards the episode’s conclusion as Finn tries to coerce Daniel into using his powers for a heinous act, leaving the episode on an effective cliffhanger and left me guessing where things will go next.

Though it’s taken a bit of time to find its footing, Life is Strange 2 feels like it has finally found its momentum through Sean and Daniel’s story. The third episode of the series looks deeper into the ways that these brothers are being shaped by the hardships around them in each of their own unique ways, from Daniel coming to terms with his powers to Sean having to take on the full (and difficult) responsibilities of adulthood. Although the ending feels a bit abrupt compared to the more deliberate pace of the episode, seeing how far Sean and Daniel have come, and what is hinted at in the penultimate episode, has me intrigued to see how the rest of their journey continues. The excuses to not play Life is Strange 2 are vanishing as Dontnod makes episode one free everywhere. Life is Strange 2: Episode 4 Review — A Test of Faith Life is Strange 2: Episode 2 Review — The Long Winter Ahead