My Dog Zorro's first game, Linelight, on PlayStation 4 and PC is a mix of contemplative brilliance, showing how smart indie development can be with minimal assets.

Anyone who has met me knows I’m stressed. Between working a 40 hour-a-week day-job, answering the 300 emails that roll into DualShockers daily, or artificially raising my blood pressure by, I’m not exactly someone with a clear or quiet head.

Those reasons may be why I am so shocked by newcoming developer My Dog Zorro’s Linelight, a game that proves itself as both tranquilizing and immersive. The minimalist indie darling that has been making its way across the indie accolade tour is both meditative and powerful, a strong combination that elevates the title beyond being a palette cleanser for a AAA-heavy month.

This may very well be the first time you’ve heard of Linelight — the game, despite winning a dozen awards, doesn’t stand out from the crowd the same way indies like Ori and the Blind Forest or Cuphead do. With simplistic visuals and gameplay mechanics, My Dog Zorro aimed to create a game that was reduced to its most simple elements. And they succeeded; Linelight takes place entirely using movement on a running set of lines.

Playing as a small white line called “Dash,” players are tasked with navigating a circuit-like line maze with collectible orbs, antagonizing lines, and mechanisms to add depth. Each of the half-dozen worlds focus on a new element; one will rely on switches, while the next will focus on enemies that mimic your own movement.

I am so shocked by newcoming developer My Dog Zorro’s Linelight, a game that proves itself as both tranquilizing and immersive.

Minimalist game design is no stranger to indie games. Most recognizable in Mike Bithell’s Thomas Was Alone, minimalism seems to be a trend of the indie scene — likely because it is cheaper, and more time-efficient to develop for using a smaller team. And while this does act as a huge benefit to smaller studios, the frequency of the aesthetic makes it a Herculean feat to stand out from the rest of the crowd.

In that effort may be My Dog Zorro’s biggest accomplishment for Linelight — the game seems to have a mystifying element about it, despite the minimalism. Every time you move Dash to a new puzzle, the stage shares the same element as the shooting star over Disney’s castle in promos. You know the one I’m talking about, this one:

Compare it to this:

I’m not sure if that was what My Dog Zorro was aiming for, however that small bit of polish adds a layer of depth. Getting past a puzzle and seeing where the path would reveal was rewarding in its own right.

Besides the visuals, the game feels very The Witness-like when it comes to puzzle design. Starting incredibly simple, Linelight teaches you the language of its puzzles through intuitive game design. For instance, players early in the game will run into switches that flip or move blue platforms or blue tracks. Instead of tutorializing what a switch is and how it operates, the level will ease players in with danger-free scenarios before throwing a wrench into the works, or further mechanics:

The result is a game that feels natural and satisfying — with a steady difficulty curve, I never felt punished by the puzzle game. Instead, the game’s difficulty evolved naturally, curbing the difficulty that normally comes with puzzle games.

Another note that separates Linelight from the pack, the soundtrack. The music ranges between something like Schroeder’s smooth piano from the Peanuts cartoons and the lulling soundtrack of Flower. The subtle beats and upbeat melodies help soothe the soul during your most difficult puzzles — my zen-like atmosphere was never disturbed by frustration, no matter how many times I needed to reset a level.

my zen-like atmosphere was never disturbed by frustration, no matter how many times I needed to reset a level.

The one major drawback I could pull from Linelight is that it brings nothing new to the table, gameplay-wise. When you’ve reached the end of the game, you will easily notice how every puzzle piece you’ve seen in Linelight (be it switches, mirrored enemies, or a magnet feature) have been used early and often in any game with puzzle elements.

That said, what the game lacks in originality it makes up for in polish, atmosphere and level design. In my brief three hours with Linelight, I never felt the game lacked original elements, simply because how fresh the packaging around it was. However, comparing it to puzzle games that revolutionized the genre — Monument Valley, Braid, and The Witness — based on their gameplay mechanics, Linelight pales in comparison. 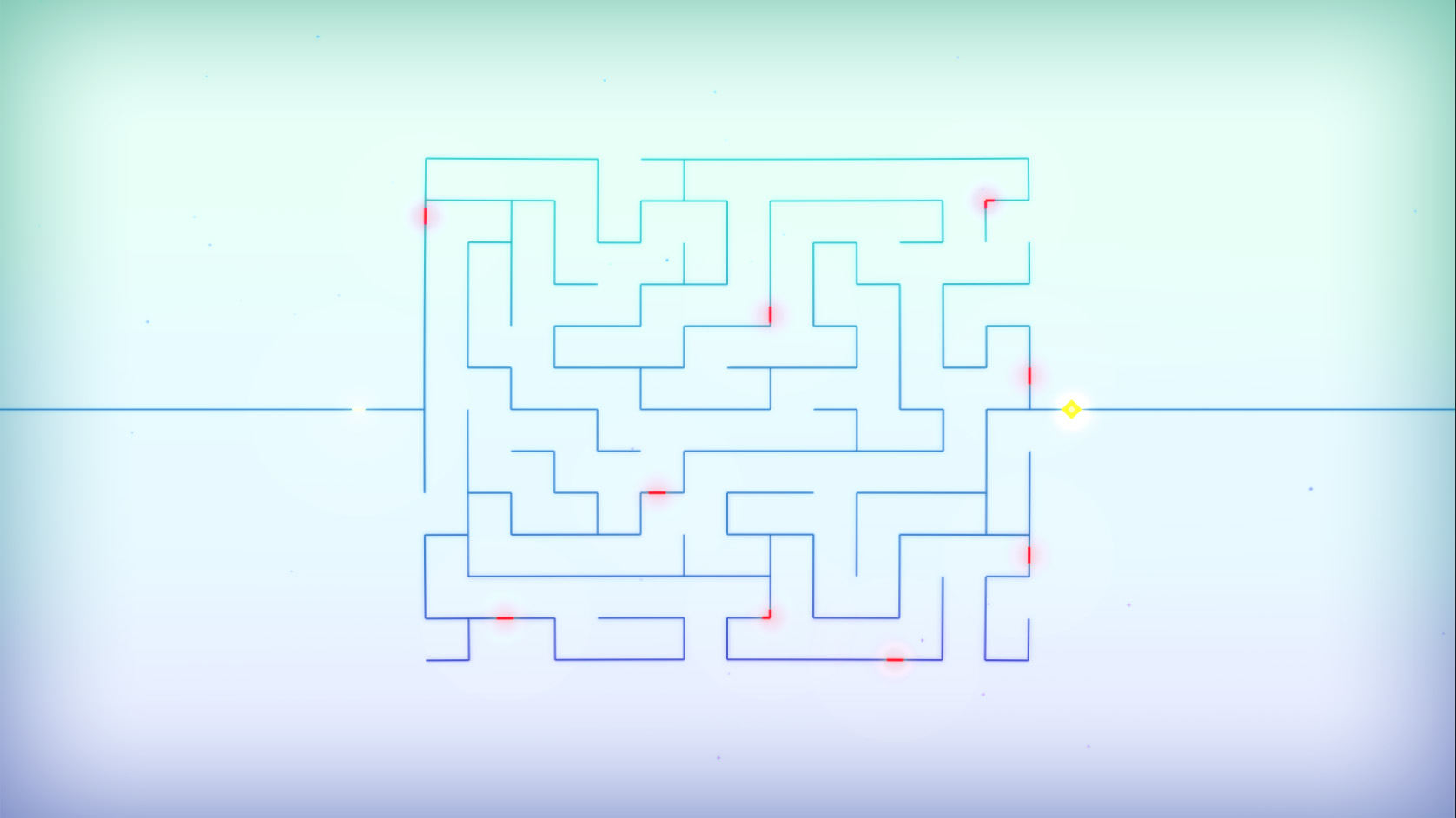 Along with the excellent level design, tranquil music and steady difficulty ramp, I have to commend My Dog Zorro for coming up with an ending that fits the game’s atmosphere. So many games in the puzzle genre feature incredibly obtuse endings. Either the levels careen off an impossible difficulty ramp or the game will sporadically end, acting more as a fizzle than a bang. Without going into spoilers (about a game with no characters, may I add) Linelight sticks the landing, creating a finale that resonates emotionally, while also building on the cumulative gameplay knowledge you amassed through the game.

It is surprising that I have so many nice things to have such a short experience. With hidden collectibles and an epilogue section, I find myself returning to solve puzzles that are substantially more difficult than the streamlined main game. Linelight found a solid balance between the game, leaving most of the noticeably difficult challenges for those looking to delve into post-game content and trophy hunting.

Through intuitive level design and a steady difficulty ramp, Linelight is able to punch far above its weight class

It’s worth noting that while being spectacular in its own right, Linelight is nearly as serene and relaxing as thatgamecompany’s Flower and almost as smart as Jonathan Blow’s The Witness or Braid. Though it doesn’t surpass either game, for a solo-developed, budget indie game, being spoken in the same sentence as those distinguished titles is an honor in itself.

Linelight just released, and it is already and underappreciated gem. Smart, sleek, compact and peaceful, Linelight is the best $10 you can spend this week on PC or PlayStation 4. While you can easily make it through Linelight in a sitting or two, it is perfect light fare to combo break massive AAA experience. Through intuitive level design and a steady difficulty ramp, Linelight is able to punch far above its weight class — it’s a great start for fledgling developer My Dog Zorro. Developer My Dog Zorro chats with DualShockers at PLAY NYC about critical darling Linelight, indie developing and the upcoming project.