The Long Reach is a solid entry in the adventure genre that will take players on a mysterious journey that's both unconventional and intriguing.

The opening hours of The Long Reach are incredibly intriguing, and the story remains interesting throughout. Things can sometimes get a little confusing and dialog can sometimes make the tone of the game feel a bit uneven. But I am happy to say that if you’re looking for a bite-sized thriller to jump into that won’t take up too much of your time, The Long Reach does deliver.

Without giving anything away, The Long Reach does attempt to tamper with what players might expect from a game like this. The title takes place in a small fictional town in New Hampshire after some scientific research goes horrifically wrong. Based on the initial trailers, you might have certain expectations about this indie adventure game, but it does try to go above and beyond and take on subject matter that’s not often covered. Unfortunately, there are a couple of times where the comical dialog gets in the way of the serious tone of the game, making scenes that should be more effective fall flat. There are dialog options in the game but they don’t do much to change the overall narrative, although they do make the journey throughout feel a bit more personal.

Players may be turned off by the plot at times, which can occasionally get a little confusing, and as I said some of the dialogs between characters can just feel a bit too outlandish. The game has a somber horror tone, and it’s advertised like that in its trailers. I was surprised to find a lot of ridiculous lines coming out of characters in moments that were meant to be very serious. I don’t have a problem with outlandish dialog; I just don’t think this game had the timing down on it. Luckily, the ending is relatively satisfying. It’s also worth mentioning that the game has a surprising amount of references, maybe even too many, to other video game franchises and movies so keep an eye out for those if you plan on checking out The Long Reach. 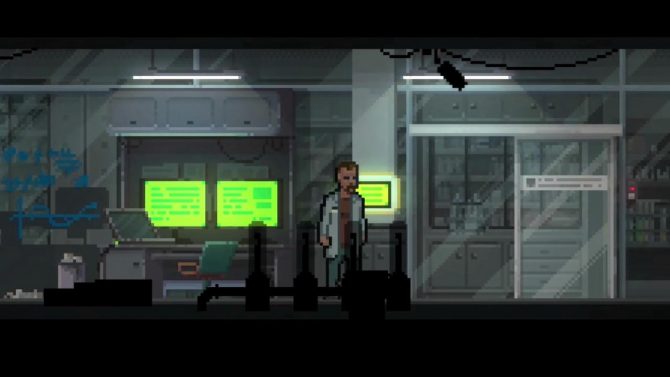 Gameplay revolves around you scavenging various locations, searching for items that’ll be used in precise ways to help you progress to the next part of the story. There are lots of instances where you have those aha moments after you figure out some of the more challenging puzzles. Things can get a little monotonous if you do happen to get stuck, but I never had a moment where I truly got stuck for an extended period. It’s important to think about what things your character can interact with and what items you’re holding onto. There are some instances where it can be unclear what you need to do which is why it’s very important to pay attention during the journey.

I did run into one noticeable glitch during my short playthrough and my game did crash on me once on the PS4 version. Luckily the game saves often so this didn’t dampen my experience. Though I hope that the developers will continue removing any bugs from the game so that they don’t get in the way of anyone else’s experience. Considering you can finish The Long Reach in about three to five hours, it’s unfortunate that these things are present. But again, they were by no means game-breaking. 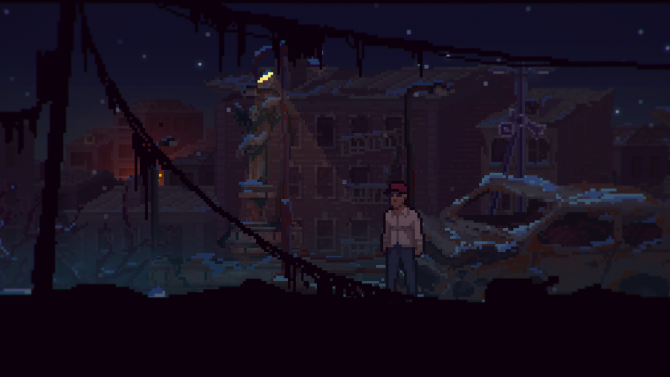 Developer Painted Black Games has done a good job at setting up the ambiance in every environment players have to explore. There’s a certain charm to games that take on this style of graphics — with the addition of horror elements, The Long Reach was an easy sell for me. My one gripe is that there are rarely any occasions where you’re outside. There’s some reasoning behind this but I found the moments where you do get to go outside to be the most visually appealing, you can really see the pixel art pop on screen in these few instances. Even with such small indoor locations, the developer has done a good job at always keeping players on their toes. Lighting, in particular, is noticeably great in The Long Reach and does a great job at making relatively simple environments much more creepy.

Sound design also plays a prominent role in The Long Reach. The game is definitely on par in this regard with other titles like Lone Survivor and Neverending Nightmares. The small environments only feel more claustrophobic with the eery tracks and creepy noises that’ll be prominently present in each area. Most of the moments that’ll make you jump come as jump scares but I don’t necessarily blame the developers for taking this route. It’s hard to be visually terrifying with an art style like the one in this title. 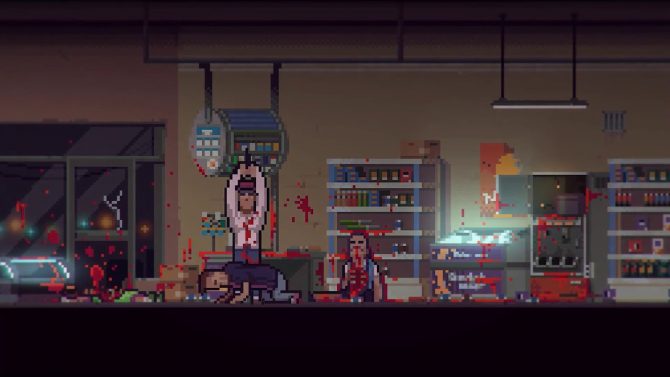 For $14.99, I think The Long Reach is a solid game that should be looked at by anyone interested in adventure games or short, bite-sized indie titles. While it doesn’t do anything that’s new gameplay-wise, I found the narrative to be intriguing throughout and worth sitting through to the end. I’d say the game is best experienced on a big screen, with speakers or a headset that’ll make each scenario feel all the tenser. I can’t imagine the experience would be nearly as compelling on-the-go with the Switch version. While it’s by no means the best the genre has to offer, this adventure is definitely one that’s worth checking out. Painted Black Games' upcoming psychological thriller The Long Reach has been delayed on the PlayStation Vita due to difficulties porting the game. The Long Reach Grasps onto Gaming World with Steam Page: OST out Now

The Stone of Madness Brings Real-Time Tactics to Next-Gen