The Mass Effect series is one of the most beloved RPG series of all time. When the original Mass Effect released back in 2007, it turned heads all over the world for its fictional complicated political landscape, branching character-driven story, and deep RPG elements. However, gamers were not the only ones flocking to see what the game had in store. Fox News latched on to the game due to its sexual content and as a result, tried to vilify the game and the gaming industry as a whole.

According to an interview from The Gamer with Brian Kindregan, one of the lead writers for Mass Effect 2, the infamous Mass Effect sex debate on Fox News shaped the way that relationships in Mass Effect 2 were written. The debate saw Geoff Keighley in his Spike TV days discuss the content of Mass Effect with psychologist Cooper Lawrence, who clearly hasn’t played the game and doesn’t understand the kind of “graphic sexual content” within.

Obviously, to anyone who has experienced the sex scenes in any of the Mass Effect games, this debate is laughable. The scenes are brief and show little to no nudity and are, as far as sex scenes in media go, pretty vanilla. However, to many uninformed viewers, this new reality of sexually graphic games was something to worry about. As a result of the situation and controversy over Mass Effect growing bigger and bigger, BioWare decided to cut a lesbian relationship out of the game entirely.

BioWare Teases Next Mass Effect Game at The Game Awards

Jack, first seen in Mass Effect 2, was initially supposed to be a pansexual character who could engage in a relationship with the player’s character no matter which gender they chose. The option for female characters to romance Jack was cut because the studio felt that the sequel’s sexual content was going to be placed under a microscope after the controversy that the previous game had caused. Kindregan told The Gamer in an interview, “It was actually very late that [Jack’s arc] became a male/female-only romance.” 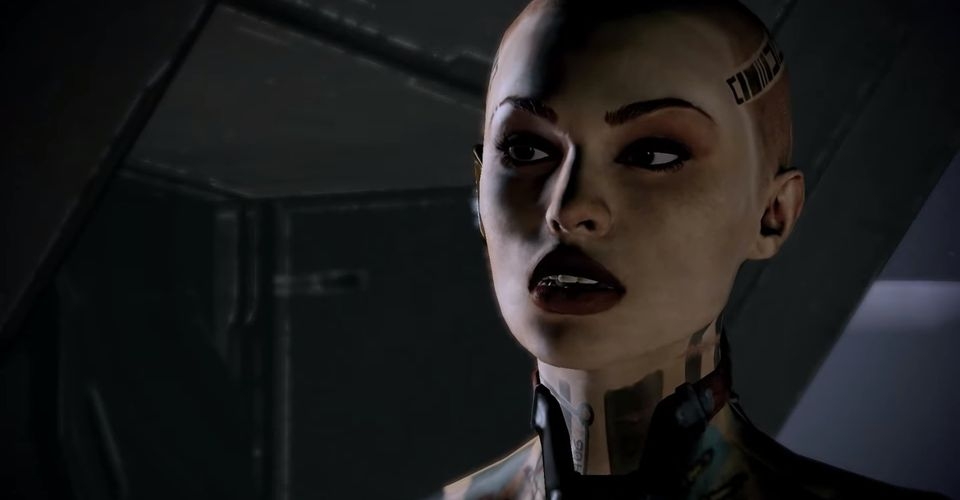 “Mass Effect had been pretty heavily and really unfairly criticized in the US by Fox News, which at the time… maybe more people in the world thought that there was a connection between reality and what gets discussed on Fox News,” he continued. “The development team of Mass Effect 2 was a pretty progressive, open-minded team, but I think there was a concern at pretty high levels that if [the first] Mass Effect, which only had one gay relationship, Liara – which on paper was technically not a gay relationship because she was from a mono-gendered species – I think there was a concern that if that had drawn fire, that Mass Effect 2 had to be a little bit careful.”

Jack’s voice actress, Courtenay Taylor, confirmed that the character was meant to be pansexual as well. She told the Gamer, “It’s funny to me because my understanding was always that she was pansexual.” She also notes that modders pretty quickly changed the game to include more non-straight relationship options.

For more coverage of Mass Effect and the upcoming Mass Effect: Legendary Edition, make sure to stay right here on DualShockers. Got a Vacancy? Bill O’Reilly is Moving into Your Xbox 360 Soon Interview: The ECA’s Hal Halpin on Bulletstorm, the ESRB and Parental Responsibilities “Video Games Cause Rape” Lady Gets Attacked On Amazon