During livestream being aired as I write, Capcom just revealed the return of Maya Fey (Mayoi Ayasato) in Ace Attorney 6 (Gyakuten Saiban 6), and the game’s Japanese release date: June 9th.

A special limited edition was also announced, for 9,100 yen plus taxes. You can see its contents below. Preorders will be available in Japan starting tomorrow. 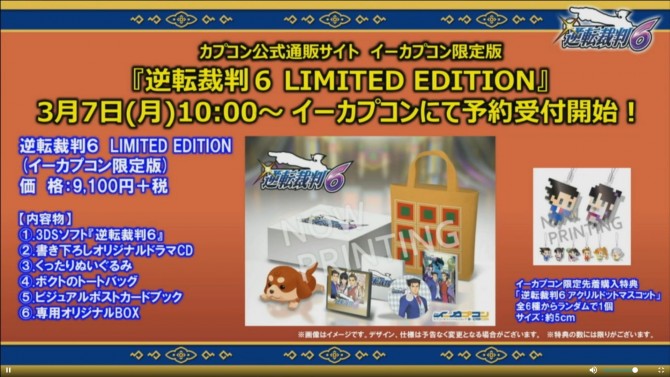 Last, but definitely not least, a browser-based demo of the game has been made available. You can play it here. unfortunately it’s in Japanese.

Below you can check out the new look of Mayoi and the costumes, as portrayed in official screenshots and art from Capcom and in screen captures from the livestream. She definitely has become more mature, hasn’t she?

On top of the screen captures, you can also check out two new trailers, one for the game, and one for the bonuses.

Ace Attorney 6 is Getting a Japanese Art Book