We may still be a few months away from Free Comic Book Day 2012 (set for May 5th this year), but the Gold titles have already been announced and a familiar blue bomber will be appearing in the lineup among a few other classic properties. Joining Mega Man are Star Wars and Transformers (both with a non-adaption game coming out in 2012) along with a few other familiar series. Check after the break for all the books, though these are the only gaming related properties you’ll be interested in. 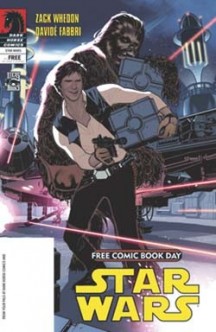 Han Solo and Chewbacca have a falling-out after a deal with a shady customer goes bad. When the client gets designs on the Millennium Falcon, Han and Chewie present a united front that can’t be beat! “Mal” Reynolds, captain of the outlaw vessel Serenity, is no stranger to jobs gone wrong. But when the chips are down, he’s able to rely on an amazing, odd, and diversely talented crew for help! 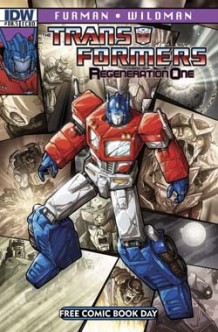 The wait is over–after a 20-year hiatus, IDW proudly returns to the original TRANSFORMERS comic book universe, picking up right where 1991’s TRANSFORMERS #80 left off! Optimus Prime, Grimlock, Kup, Hot Rod and all your favorite Generation One TRANSFORMERS characters charge into the future as fan-favorite writer Simon Furman and legendary Transformers artist Andrew Wildman present TRANSFORMERS #80.5! Reflecting back on the dizzying highs and the terrifying lows of the original run of Transformers comics, Optimus Prime watches over a Cybertron that hasn’t faced Megatron for decades. But that peace shudders to an end, as we dive headlong into July’s TRANSFORMERS #81!

Because the Fans demanded it! Thousands of TRANSFORMERS fans signed petitions urging us to make this book–and IDW listened! 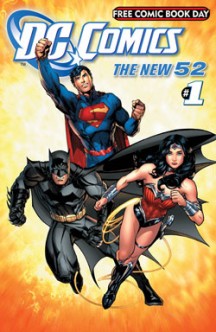 DC COMICS—THE NEW 52 took the industry by storm! Now get an exclusive look at what’s happening in 2012 — written and illustrated by today’s top creators. 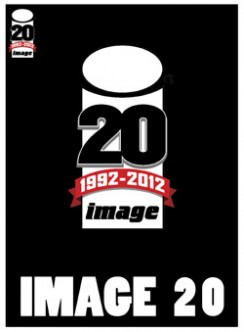 An anthology featuring all-new stories with a mix of Image’s old and new best loved characters! More details and a finalized cover art to come. 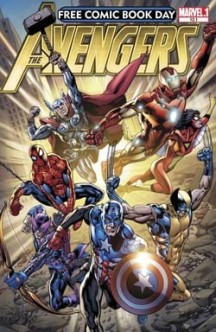 Start reading with this POINT ONE issue! Prepare for the upcoming high-stakes Avengers event with a battle between the Avengers and the Intelligencia, the return of SWORD, and the disappearance of Spider-Woman! 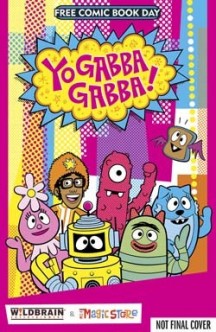 From the hit Nickelodeon show! Come join your GabbaLand pals Muno, Foofa, Brobee, Toodee, Plex, and of course DJ Lance Rock for a series of fun-filled adventures! Plus, an awesome Super Martian Robot Girl tale, too! 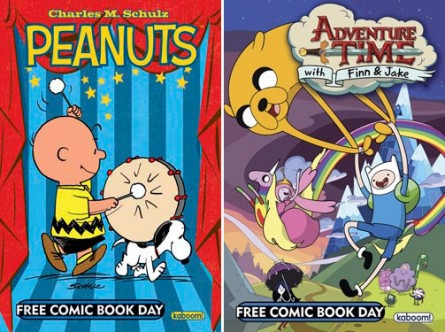 Two stories of two boys and their dogs — on one side, Charlie Brown and Snoopy, along with the entire Peanutsgang, come to Free Comic Book Day! On the other side — boy Finn and his dog Jake, along with the entire cast of the hot new Cartoon Network seriesAdventure Time, adventure in the Land of Ooo for Free Comic Book Day! Get your full KABOOM! dose of “Good Griefs” and “Algebraics” all in one book! 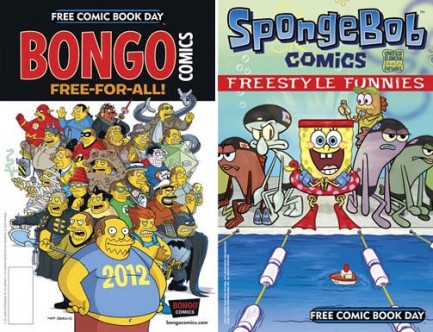 Bongo offers the best in humor comics with a proud tale from the boasting barflies of Moe’s Tavern, as they recount their  close encounter with marauding beasts as members of the Springfield Bear Patrol. And Sergio Aragonés joins the fun with a story from his own past of how he made his first peso as an underground and underage artist. THEN, flip over the book for two of the swimmingest SpongeBob sagas from the series’ hard-to-find earliest issues. In “Squidward and the Golden Clarinet,” SpongeBob reads an issue of Mermaid Man to a less-than-welcoming Squidward. But this story has a musical hook even Squidward can’t resist. Plus: a page of gags that go off the deep end by indie artiste James Kochalka. 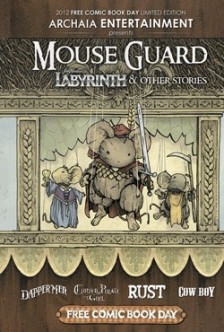 This Free Comic Book Day, Archaia offers readers the chance to experience history in the making with a FREE, gorgeous, 48-page, 6” x 9” full color hardcover original graphic novel featuring all-new material! David Petersen returns with an all-new Mouse Guard tale that’s guaranteed to tug at your heartstrings! Lose yourself once again in Jim Henson’s amazing world of Labyrinth, featuring a fantastical story from Eisner Award-nominee Ted Naifeh (Courtney Crumrin) and Cory Godbey (Fraggle Rock). Get a new perspective on Jet Jones in Royden Lepp’s critically acclaimed Rust, with a short story seen through the eyes of younger brother Oswald Taylor. Jeremy Bastian’s acclaimedCursed Pirate Girl hits the high seas in this whimsical, swashbuckling tale of wonderland journeys and unimaginable dangers. Nate Cosby (Pigs) and Chris Eliopoulos (Franklin Richards) presentCow Boy, a comedy/western that tells the tale of a young bounty hunter determined to send his entire outlaw family to jail. And Jim McCann and Janet Lee follow up their Eisner Award-winning Return of the Dapper Men with an all-new short story that leads into the upcoming sequel, Time of the Dapper Men. Witness the origin of a new, major character! And…the return of 41?! 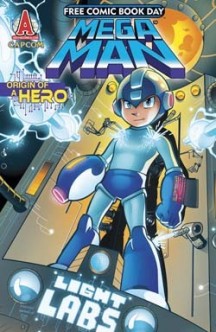 “Let the Games Begin!” Part One: Don’t miss the first classic issue of the hit new MEGA MAN comic series! The future looks bright when brilliant and benevolent Dr. Light unveils his latest creations: the Robot Masters! But when the nefarious Dr. Wily steals them for his own sinister purposes, there is no one left to stop him. No one – except Mega Man!