Back during E3 2017, Nintendo announced a 2D Metroid title, called Metroid: Samus Returns, which is actually just a remake of the second game in the series that originally launched on the Game Boy back in 1991. Being developed by MercurySteam, the remake is poised to release on September 15, 2017 for $39.99 USD.

That being said, today, it has been revealed that the game will feature a special edition which will most notably include a rad-looking Game Boy cartridge-styled steelbook case that looks just like the original Metroid 2: Return of Samus cartridge.

The news comes via a Spanish branch of Nintendo (via Kotaku), who revealed images of what looks like a Legacy Edition of the game. 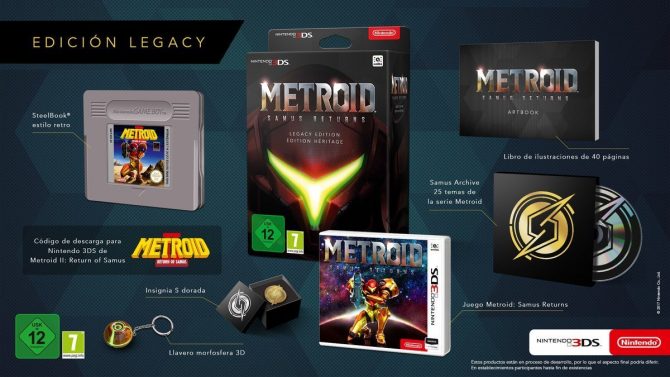 According to Nintendo UK, the special edition — which is available in limited qualities — will include the physical version of the game, a download code for the original Game Boy game redeemable at the Nintendo eShop, the aforementioned steelbook, a sound selection CD featuring 25 tracks across the Metroid franchise, a gold “S” pin badge, a Morph Ball 3D keyring, and a 40 page artbook.

It’s currently not clear if the bundle will be available beyond Europe nor how much it costs.

If you want, you can check out a different special edition of the game, as well as peep some gameplay footage and screenshots.