Microsoft just posted its quarterly financial results related to the three months ended on March 31st. All the relevant numbers were in the black, as you can see below. 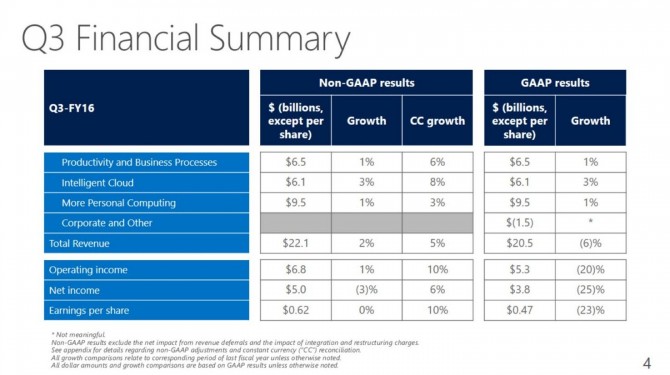 We also get gaming-specific data, with Xbox Live active users now at 46 million, determining a 26% increase of monthly active users, which are the main factor Microsoft currently uses as a gauge for the business’ success. The number actually decreased from 48 million in the second quarter, but that’s quite normal since that was the Holiday season. 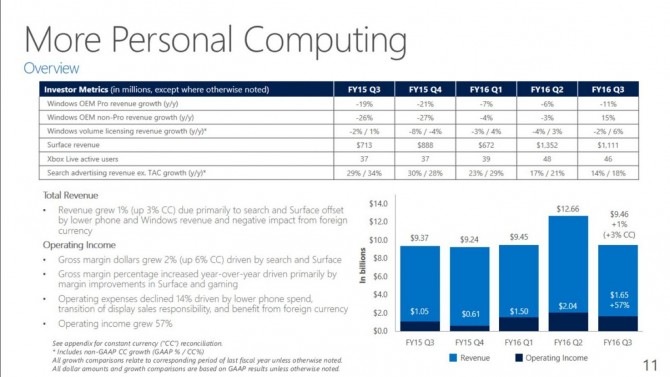 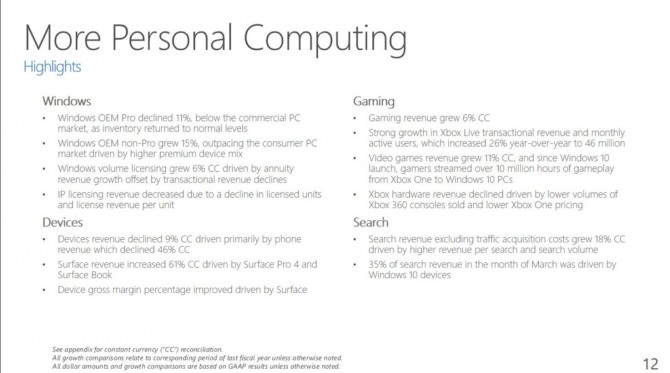 Gaming revenue as a whole grew by 6%, while video games revenue also grew by 11%.  On the other hand, Xbox hardware revenue dropped due to lower Xbox 360 sales and Xbox One price drops.

Apparently the lower pricing for Xbox One consoles is causing Microsoft to take a hit in revenue for hardware, but the increase in installed base caused better sales for games, determining an overall increase in revenue for the gaming business.

We also hear that 10 million hours of gameplay have been streamed from Xbox One to Windows 10 since the launch of the feature.