Microsoft just released its financial results for the quarter ended between July and September, and according to the documents the company came out with $23.20 billion of total revenue, generating an operating income of $5.84 billion.

Even more interesting, the house of Xbox announced that it sold (to retailers) 2.4 Million consoles in the period, combining Xbox One and Xbox 360. Unfortunately no split data was provided for the two consoles.

The number marks a 102% increase since the last quarter, even thanks to the launch of the console in in 28 new markets.

Below you can see the relevant slides showing the performance of the Computing and Gaming Hardware sector, which also includes Surface. 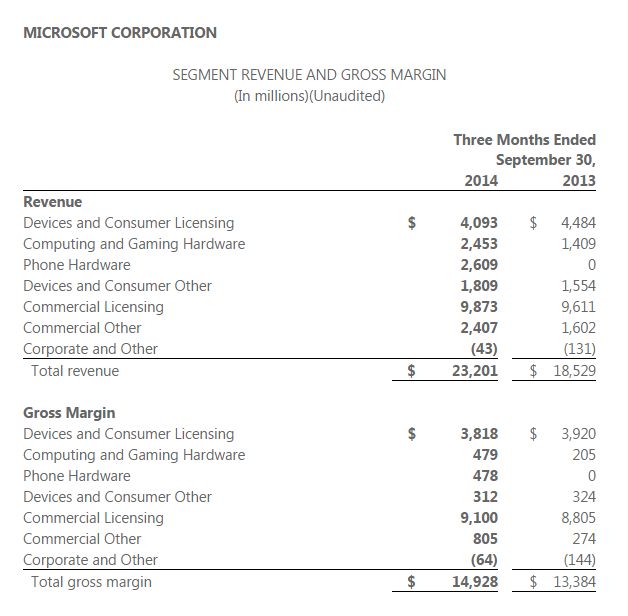 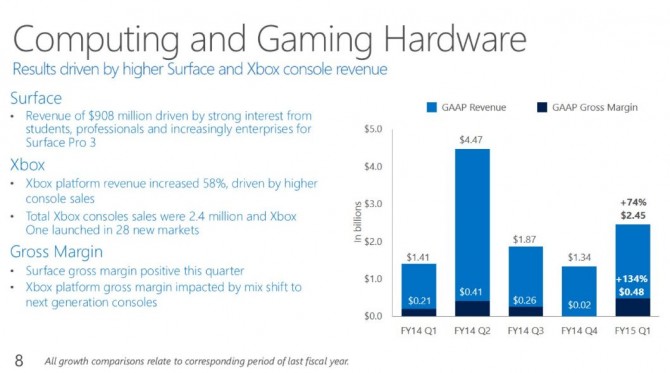