Microsoft Wants to Know the Consoles You Want for Christmas; Asks About Playing PC Games on Xbox One Microsoft Wants to Know the Consoles You Want for Christmas; Asks About Playing PC Games on Xbox One

Microsoft opened its monthly Xbox rewards survey, and it had some interesting questions for the fans, starting by which consoles they would like to receive as a Holiday gift. 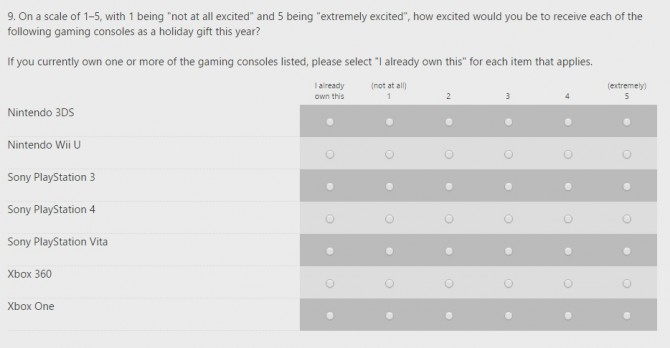 Secondly, the survey asks something interesting, on whether fans are excited about the possibility to play PC games on Xbox One, among other questions on backward compatibility, the Elite controller and Windows 10 intgration (thanks thanks NeoGAF user MauroNL for spotting this). 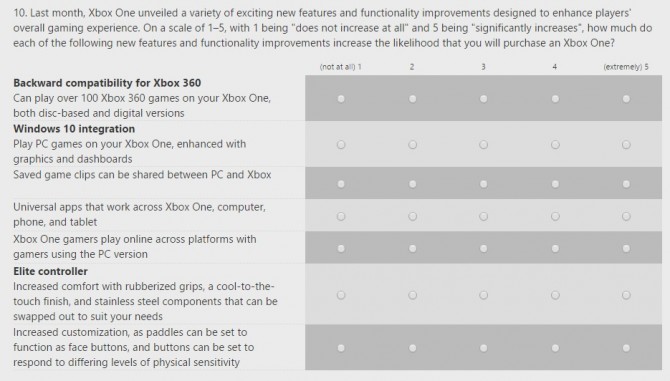 The question is definitely interesting, even if the “enhanced graphics and dashboards” probably indicates some sort of UI integration within the Xbox One as part of a streaming feature like the one we have now in the other direction (from Xbox One to PC), even if this is just personal speculation.

It’ll be interesting to see if anything of this will come to fruition in the near future.