Minecraft in virtual reality is just about all you may need to sell the headset to a common consumer. The simplistic yet deep game took the world by storm, and continues to sell extraordinary well on consoles long after its original release.

People have spent hundreds of hours digging, crafting, and shaping their own world, and being able to do the same while fully engrossed is a wonderful option to have. 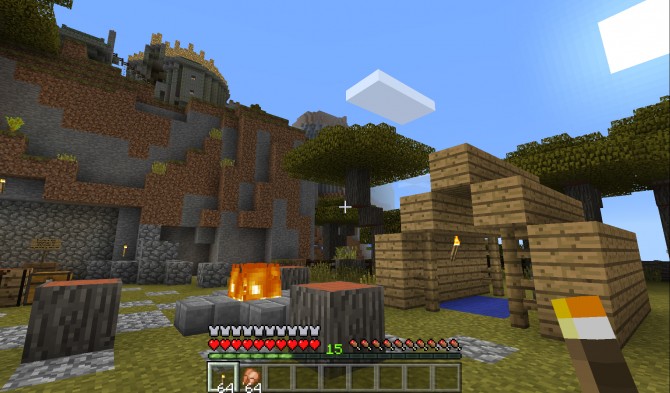 Minecraft while using an Oculus Rift headset works with two visual presentations, which you can switch between using the Xbox One controller. The first is you sitting down in front of a television playing Minecraft within a Minecraft world, just as you would on a TV screen at home.

You can look around at the living room environment, but mostly you will be focused on the virtual telvision in front of you. At the press of a button, you zoom in and take control of the true VR experience. 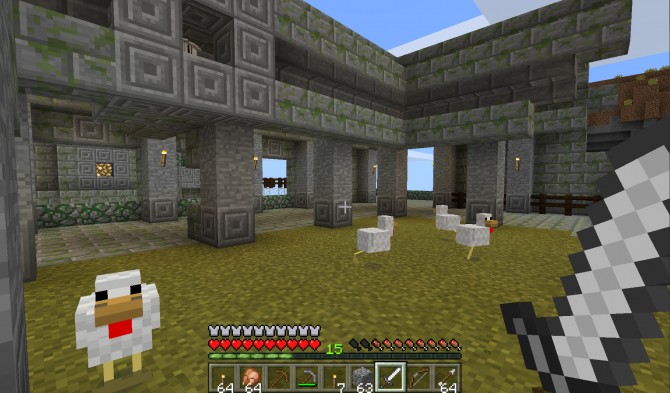 Minecraft from first person makes the surroundings much larger than they previously appeared. Blocks are larger, enemies more imposing, and drops from large heights much scarier than before. Depth is handled very well, as the creatures and settings take on new life. The bow and arrow weapon best exemplifies the usage of depth perception within VR, as pulling back on the arrow allows you to gauge its strength and aiming with the head tracking headset allows for quick, precise movement.

What was previously controlled by your mouse or right stick, is now mapped to the movement of your head. To move your viewpoint horizontally, you have to move the right stick left or right, which will orient your view forward by a few degrees in the same direction. It is a strange workaround, but I quickly adjusted to it and could change my view even while moving fairly easily. The head tracking was very accurate, which it needs to be, as the cursor is your main way of interacting with the world, from choosing what item to pick from a chest to selecting which block to mine. 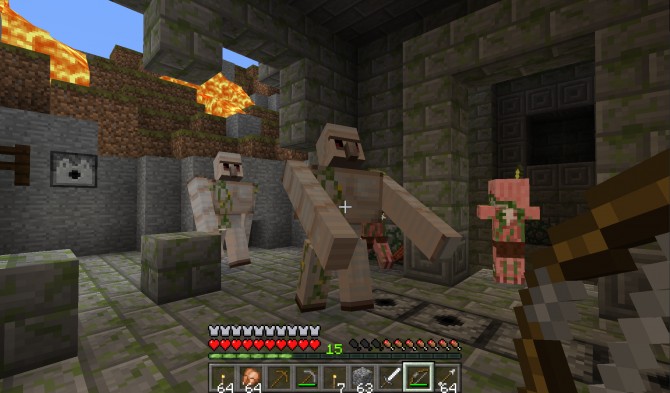 The guided demo was a greatest hits collection of everything you expect from a Minecraft playthrough, from opening chests, assigning items, digging through rocks, lighting up caves, riding on mine carts, and dropping hundreds of feet to water below.

That last part made me very motion sick, as the fall tricked my stomach into flipping as it often does while on a roller coaster. While it’s not a particularly enjoyable feeling, it was the first time a game has ever affected my physical body in such a way.

The rest of the demo was more of a free run through some of the multiplayer modes currently available in Minecraft’s Windows 10 beta, showing that players in virtual reality can play alongside those playing on monitors. 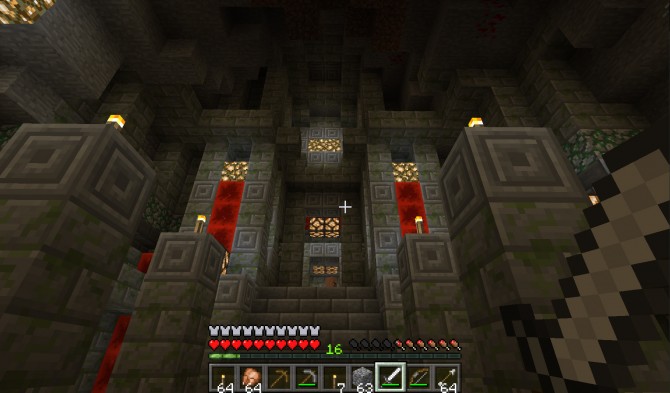 I really enjoyed my time in Minecraft’s virtual reality world, despite the eye pain and motion sickness it stirred within me. Whether that is something you can simply build an immunity to, or is inherent to the display of the Oculus Rift, remains to be seen.

I can say with certainty that VR is a very exciting new way to present video games when done correctly, and Minecraft fits perfectly with the platform. In an effort to educate players on climate change, Microsoft has released a new Minecraft map with lessons geared toward sustainability. Super Smash Bros. Ultimate Adding Steve Has Been In Talks For “At Least 5” Years

Minecraft Will Host a Fan Vote for Next Mob, Here Are Your Candidates