Capcom revealed an update to the event and challenge quest schedule for Monster Hunter World, including new ones until March 22nd.

If you’d like to see which new challenges await the brave hunters, you can check out the full timeline in the image below. 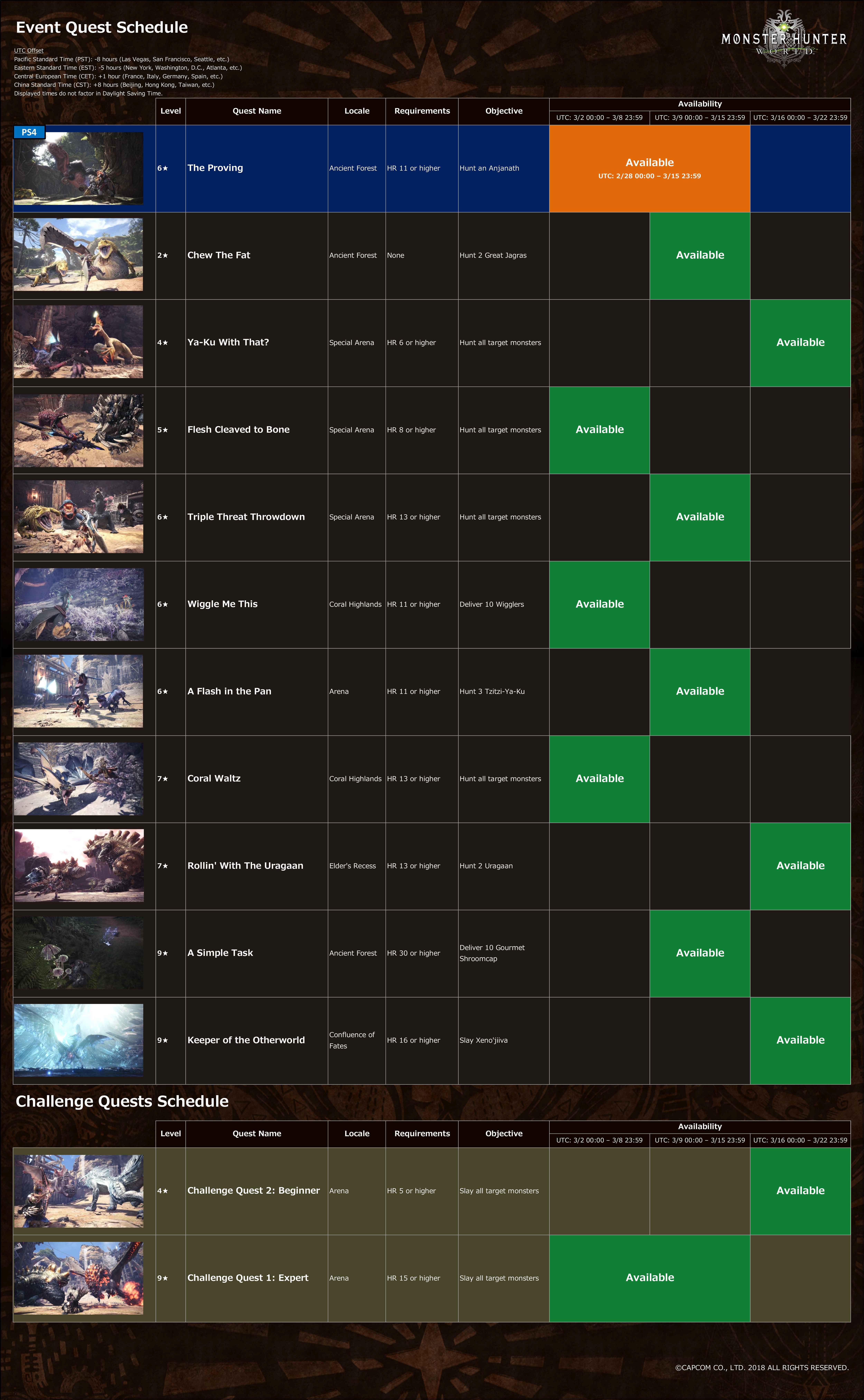 Like last week, there is no new patch to accompany the update, so you don’t need to download anything for now.

Incidentally, the quest to unlock Aloy’s armor and bow from Horizon Zero Dawn is currently ongoing and will end on March 15th

Below you can also check out a few screenshots for the challenge and event quests that are included in the list.

Monster Hunter World is currently available for PS4 and Xbox One, with a port for PC coming in the fall. Unfortunately, Capcom’s President Haruhiro Tsujimoto mentioned that it would be “difficult” to port the game to the Switch.

The game has been a massive success so far, even more so in Japan, where it was still at the top of the Media Create charts this week.