Mutant Year Zero: Road to Eden Could Be the Tactical Adventure You’ve Been Waiting For Mutant Year Zero: Road to Eden Could Be the Tactical Adventure You’ve Been Waiting For

We've seen some gameplay of Bearded Ladies' tactical adventure Mutant Year Zero: Road to Eden and give the details as well as our thoughts.

There’s nothing like a good mix of strategic and turn-based combat. Over the years, series like XCOM and Valkyria Chronicles have been steadily improving on the core mechanics of the genre, but still leaving plenty of room for games like Mario + Rabbids: Kingdom Battle on Switch to shine in the genre space. Because of this, developer Bearded Ladies have taken the popular tabletop game, Mutant, and announced their own strategic adventure game within the universe as Mutant Year Zero: Road to Eden.

Mutant Year Zero: Road to Eden blends a few different genres together to create a unique system of gameplay that is influenced by some of the best in the genre. Set in a post-apocalyptic world where human life is on its last leg, Mutant Year Zero: Road to Eden gives players the freedom to explore deteriorating areas on Sweden with the goal to save lives, but also discover what a man known as the “Elder” is hiding.

Players will control a group of “Stalkers” who are the only hope for mankind to survive. As a Stalker, your one job is to venture out into the world called “The Zone” and find resources for your home know as “The Arc”. Exploring in the game is all done in real time and the player can freely move throughout the map and search for items or find any useful reading material laying around. However, they aren’t the only ones out in The Zone, the main enemy that players will encounter are called “Ghouls” who will attack the Stalkers on site.

Once an enemy is spotted, players are able to stealthily move around the enemy and position their party members to get a strategic advantage. Once a battle is initiated the game shifts to a more recognizable SRPG grid system where characters can move around the map by taking turns or use those turns to take out enemies before reinforcements arrive. This can be accomplished by using party members who have silent weapons and high accuracy. However, it’s totally possible to just through a few grenades and go in guns blazing, but that might not end well for the player. 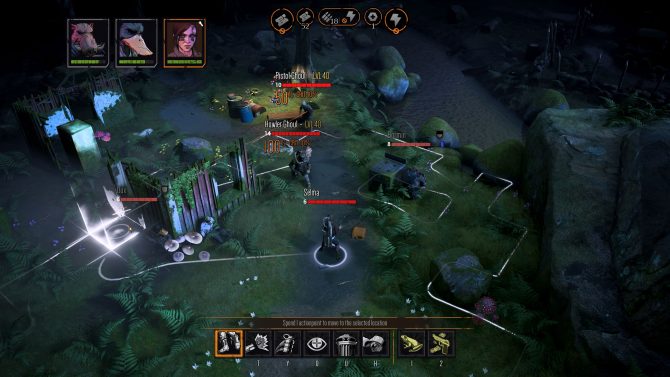 Additionally, the game rewards exploration by offering the opportunity to make battles easier using the knowledge the player gains from their findings. For example, an enemy group has control over a mech that will surely overpower you if they were to turn it on. Instead of letting that happen, the player could look around to find out that the mech can be re-coded to attack enemies. This means, getting the lay of the land during the real-time portions of the game offers many benefits in battles.

In the heat of a battle, players have a handful of options available to them. Such as, when playing as Selma players are able to offer support cover to party members as well as silently take out enemies. Comparatively, Dux is able to grow wings and snipe enemies from overhead. Currently, the developer has stated that they are looking into the inclusion of permadeath, but at this time characters can be brought back to life. The player will also be able to distribute points earned in battles to unlock new skills and improve a characters stats in battle. 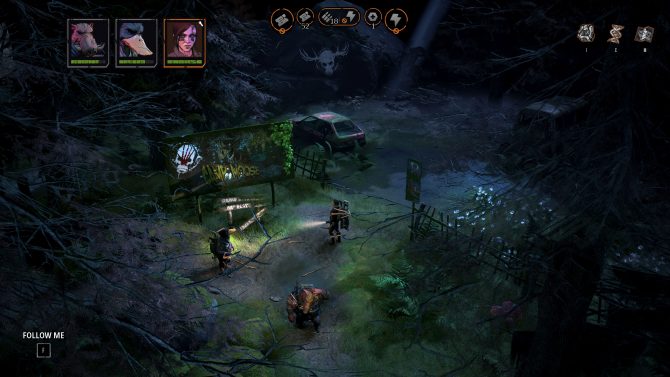 During gameplay, players are able to teleport back to The Ark to resupply and upgrade equipment. When upgrading weapons, players can increase the stats such as range and accuracy, but more interestingly, elements can also be equipped with a weapon to add more power. Additionally, in The Ark, players will be able to exchange items for goods and purchase consumable items. Aside from these systems, players will get to know the Elder, who leads the people of the Arc and doesn’t allow them to leave, he is also the only human that isn’t mutated.

Bearded Ladies are currently still balancing and working on Mutant Year Zero: Road to Eden to release on PlayStation 4, Xbox One, and PC in 2018. Also, the game’s narrative will be crafted by choices that the player makes in and out of battle. During the story, players will discover lost knowledge and hidden secrets about The Arc and the Elder who runs it. Furthermore, the developers let us know that they are showing a lot of love to controller support as well as implementing player feedback into the balancing and mechanics of the battle system. By combining genres and improving core systems, Mutant Year Zero: Road to Eden could be the tactical adventure that you’ve been waiting for. Bearded Ladies and Funcom have given us the first big glimpse at Mutant Year Zero: Road to Eden for PC, PS4, and Xbox One in a 18 minute gameplay video. F.I.S.T.: Forged in Shadow Torch Is Now Coming to PS5