Naruto Shippuden: Ultimate Ninja Revolution has been on a roll with new character inclusions lately. The latest characters Obito, Madara, and Hashirama all have screenshots, and with this week’s Weekly Shonen Jump scan for the game we can be excited to see more soon for the new character, Edo Tensei Minato.

Edo Tensei Minato was revived by Orochimaru during the war using a forbidden jutsu. He carries the  Yin half of the Nine Tailed Fox, Kurama, and his Time-Space jutsu is strong as ever. Team up with Naruto and show off their new Combo Ultimate Jutsu, Space-Time Jutsu: Tailed Beast Barrage.

Check him out in the latest translated scan below: 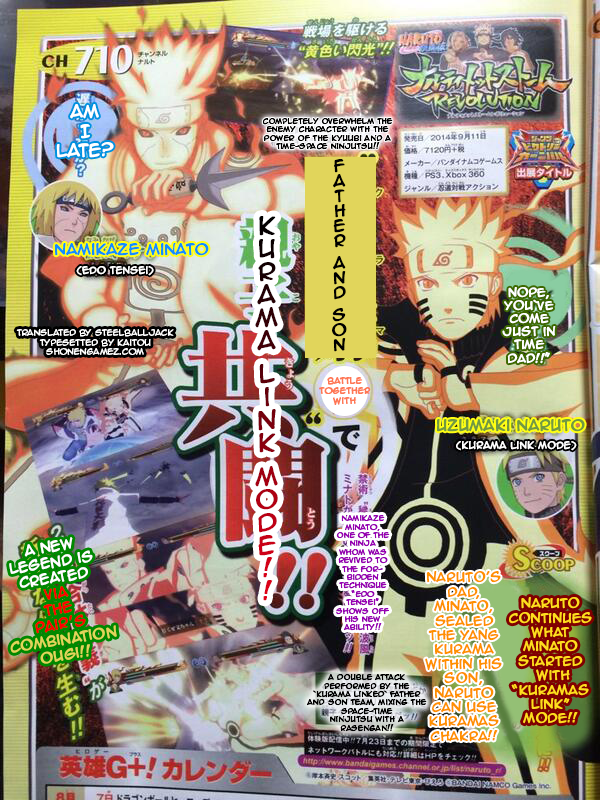 Check out the Many Different DLC Costumes for Naruto Storm Revolution